Counting folks during a pandemic 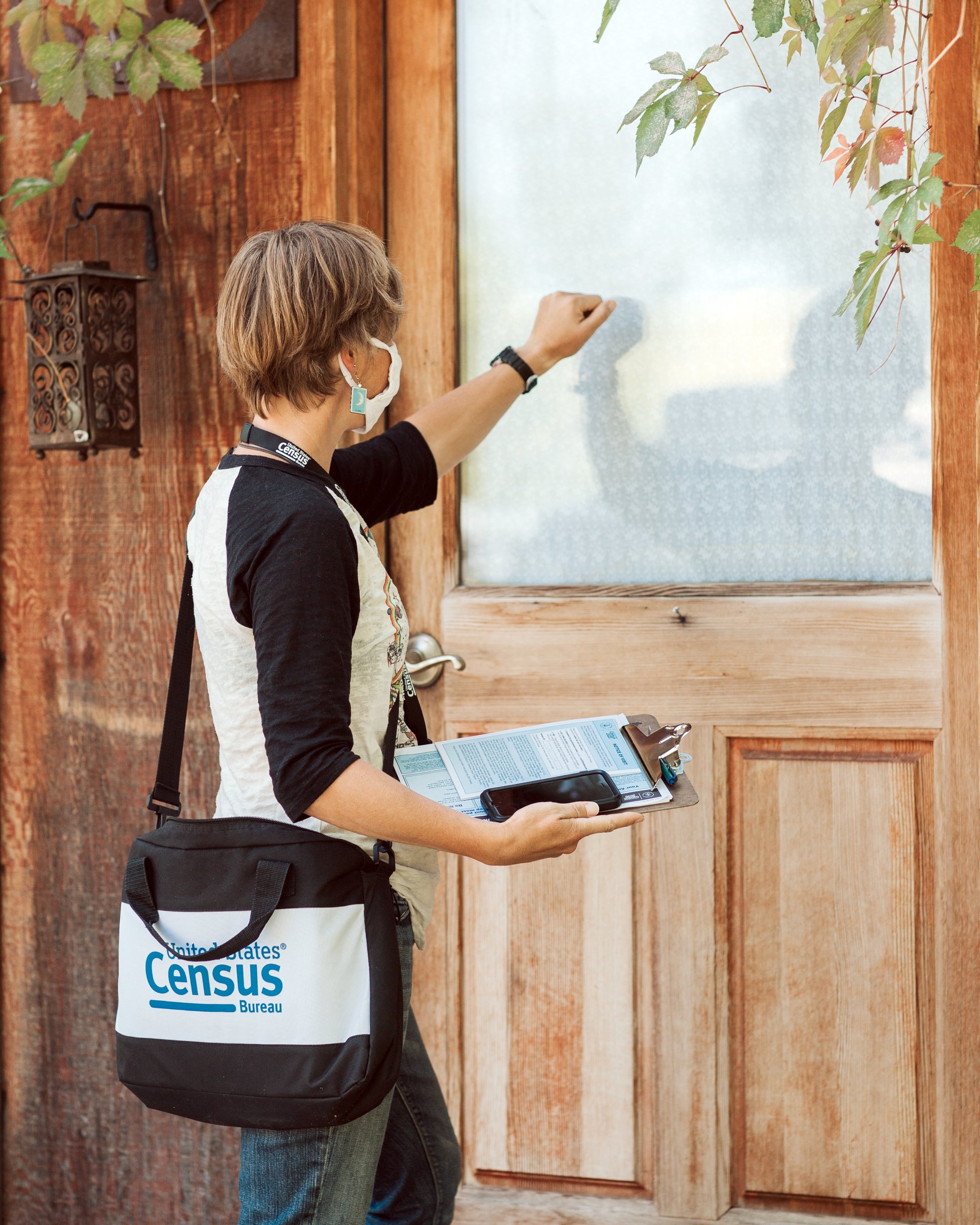 The decennial census of U.S. citizens, mandated by the Constitution (Article I, Section 2), is a daunting task in any year. In 2020, however, the national enumeration has been particularly challenging, principally because of the ongoing COVID-19 pandemic, which early in the count process prevented census workers from personally contacting households.

However, as U.S. Census Bureau spokesperson Laurie Cipriano stated, “It has never been easier to respond on your own, whether online, over the phone or by mail – all without having to meet a census taker.” She added, “This is the first year the census has been conducted primarily online, which has helped with responses during the pandemic.”

The self-response rate of households to the initial census invitations, sent out in March, varied widely among locations in the state, per the Census Bureau. Numbers for Garfield County were about 66 percent of households overall, with some 57 percent of those responding via the internet, while those for Pitkin County were significantly lower (37 percent). Among local communities, Carbondale had the highest rate (70 percent), and Marble the lowest (37 percent).

The pandemic forced the Census Bureau to push back the completion date for the census operation from the original July 31 to Oct. 31, but that date was later revised to Sept. 30 – reportedly to allow Congressional apportionment data to be delivered to the White House by the end of the year. A lawsuit, scheduled to be heard in federal court in California on Sept. 17, however, seeks to restore the Oct. 31 deadline.

Census takers, following COVID-19 health guidelines, began in-person follow-up with nonresponding households in early summer. Their efforts have been paying off, as the total number of enumerated households has steadily climbed. As of press time, the overall completion rate for Colorado had reached the mid-90s.

Part of the reason for the lower response rate upvalley stemmed from the fact that many housing units there are not primary residences. Per census taker Illène Pevec of Carbondale, who has been canvassing there, “It is very challenging getting that information.” She noted that it was also an issue in the Carbondale area (notably in River Valley Ranch) but less of one.

Although the continued progress in the census count has been promising, concern has remained about a population undercount statewide and locally – especially with a potential end-of-month deadline looming. The Aspen to Parachute Complete Count Committee (A2PCCC) has pointed out that Colorado will lose $2,300 in federal funding for each person not counted, revenue that is distributed at both the state and county level. In addition, as Carbondale City Planner Janet Buck noted in an earlier Sun article, “Some state funding, such as lottery dollars which the Town does receive, is calculated based on the population count.”

Also potentially at stake this year is Colorado’s delegation to the U.S. House of Representatives. The state’s population has grown significantly this past decade, and it is possible that it could receive another House seat once apportionment has been completed. That would require districts to be redrawn, which could affect the political makeup of the state.

The Census Bureau has gone to great lengths to find and enumerate individuals not in standard household settings. This has included census takers counting people served at soup kitchens and shelters; homeless people living under bridges, in parks, etc.; and those living in group quarters, such as halfway houses.

Of particular note for our area is the effort to find and count those living in remote locations, including what the Census Bureau terms “transitory locations” – campgrounds, RV parks, marinas, etc., if they do not live elsewhere. Census worker Stacey Volgt was one of those tapped for those assignments, “because I have a four-wheel-drive vehicle,” she explained. “We would follow the line of a census block,” e.g., a trail in a remote area, such as off Kebler Pass Road, “to see if anyone was living back there.”

Anyone still needing to complete their census questionnaire can visit a2pcensus2020.com for information in both English and Spanish.