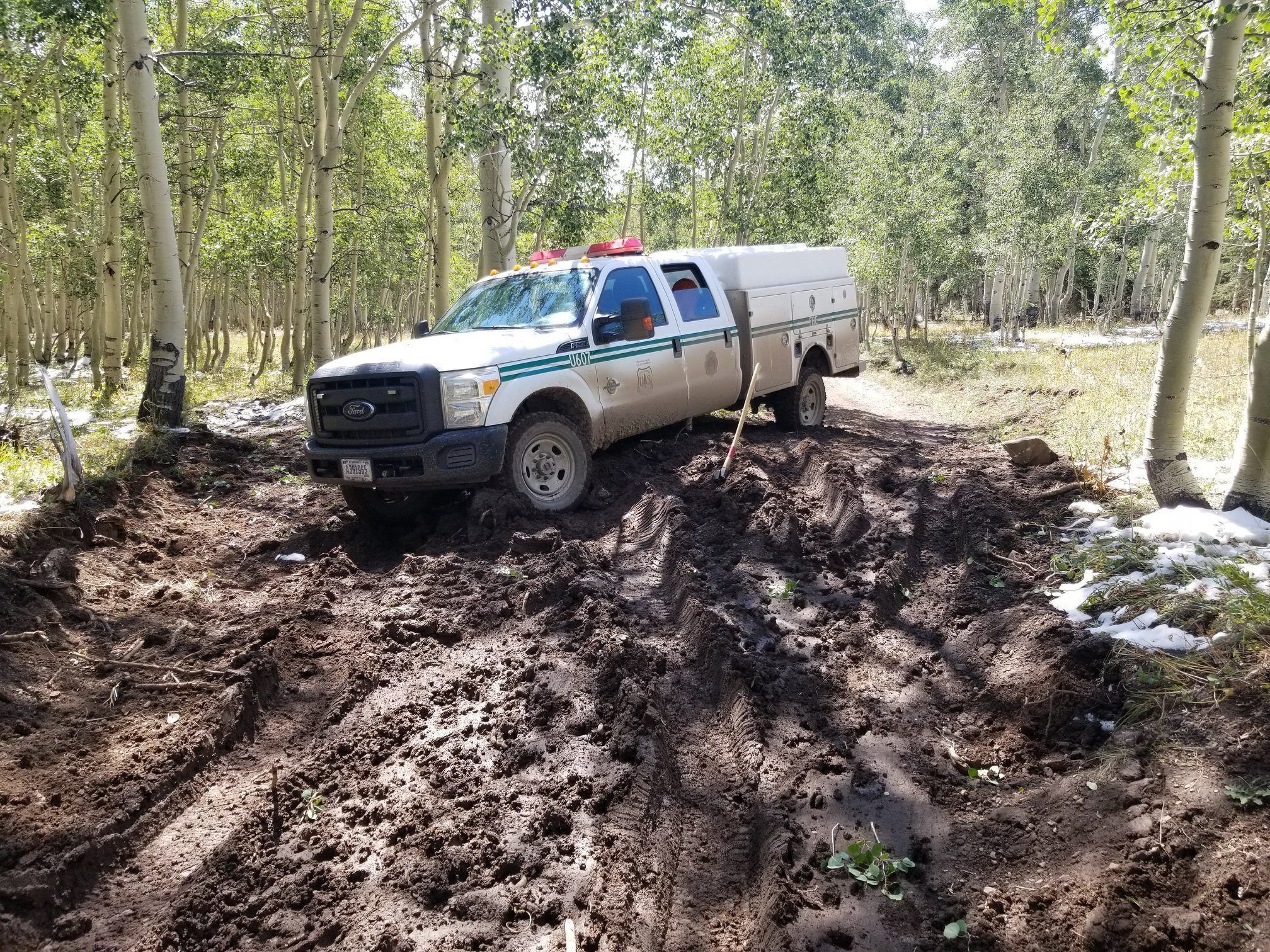 After an unusually hot August came to a close, farmers and gardeners braced themselves for a sudden snowstorm and possible frost the second week of September. The storm brought welcome cooler temperatures and precipitation to our drought-stricken and fire-plagued region. How does a storm like this affect the drought and wildfire danger?

“As far as the fires, like on Cameron Pass, both the Grizzly and the Pine Gulch fires, I’m sure that [storm] helped an awful lot. I don’t know if it put them out, but it’s certainly going to slow down anything that’s still smoldering,” said Bill Gavette, Deputy Chief of the Carbondale Fire Department. While Grizzly Creek Fire containment remained level at 91 percent after the storm, a fire update posted on Sept. 9 on the Grizzly Creek Fire Facebook page confirmed that the “moisture helped further moderate fire behavior.”

Other experts said something similar: while the Sept. 8-9  storm helped, its impact was fairly limited. According to Chad Sewell, fuels specialist for the Upper Colorado River Interagency Fire Management Unit, “What we’re going to see here in the short term is a dip in our fire danger. We’re going to see an increase in some of our fuel moistures, particularly in our dead and down fuels.” But Sewell was quick to clarify that the storm may not increase moisture very much in live vegetation.

When it comes to live vegetation, its ability to take on moisture is impacted by the dryness of the soil and how badly the drought has stressed the plants. Sewell noted that serviceberry, other shrubs, and even aspen trees are so drought-stressed that they’ve turned brown, essentially going dormant for the season, which prevents the plants from going “through their normal color changing routines they would do in the fall.”

To test fuel moisture, samples are taken from consistent sites around the region that reflect the ecosystems. On the Crown, for example, sagebrush and Gambel oak are the fuels sampled, but on Lookout Mountain officials sample Douglas fir. To determine fuel moisture, fuel samples are collected, weighed, dried out in an oven, and then weighed again. These samples are taken twice a month from approximately May through September to help agencies assess fire risk.

In addition to precipitation, drought and fire risk are heavily influenced by temperature and solar radiation. Sewell explained, “If you want to think of the soil as a bank, those are causing a withdrawal from the bank, and then the moisture is really your deposit slip.”

This sentiment was echoed by Zane Kessler, director of Government Relations for the Colorado River District, who explained that soil moisture has a direct impact on river flows. “When you lose soil moisture, it creates a deficit so that future precipitation ends up going to restoring soil moisture before it goes to the river where it would have normally gone.”

The Roaring Fork Conservancy River Report for Aug. 27 showed that the gage at the Crystal River Hatchery was reading 9.24 cfs, just 11 percent of average for that time of year.

Between Aug. 5 and Aug. 16, temperatures for Glenwood Springs (the closest site where data is available) were 90 degrees or above, and the peak temperature for the month was 98 on Aug. 11, according to the National Weather Service. The average high temperature for August, based on a 30-year record, is 85 degrees.

“It was pretty hot — 20 days of the month were 90˚or above — of the 31 days,” said Matthew Aleksa, meteorologist for the National Weather Service.

When it comes to the impact of a single storm on a dry area, a few factors matter. Cooler temperatures help by keeping relative humidity up and slowing the melt off of any snow, allowing soil and fuels more time to absorb moisture. The timing matters too. “We’re also getting into shorter days, longer nights. So, the amount of solar radiation that hits the fuels and dries them out is less and less every day. And it also shortens the active burn period for any new fires that you start or any activity that may occur on our existing fires,” according to Sewell.

Sewell summed it up: “In terms of drought, we’ve had significant soil moisture deficits since last fall and last winter. So, this moisture — while it’s good and beneficial — it’s not going to bring us anywhere near back to where we need to be.”