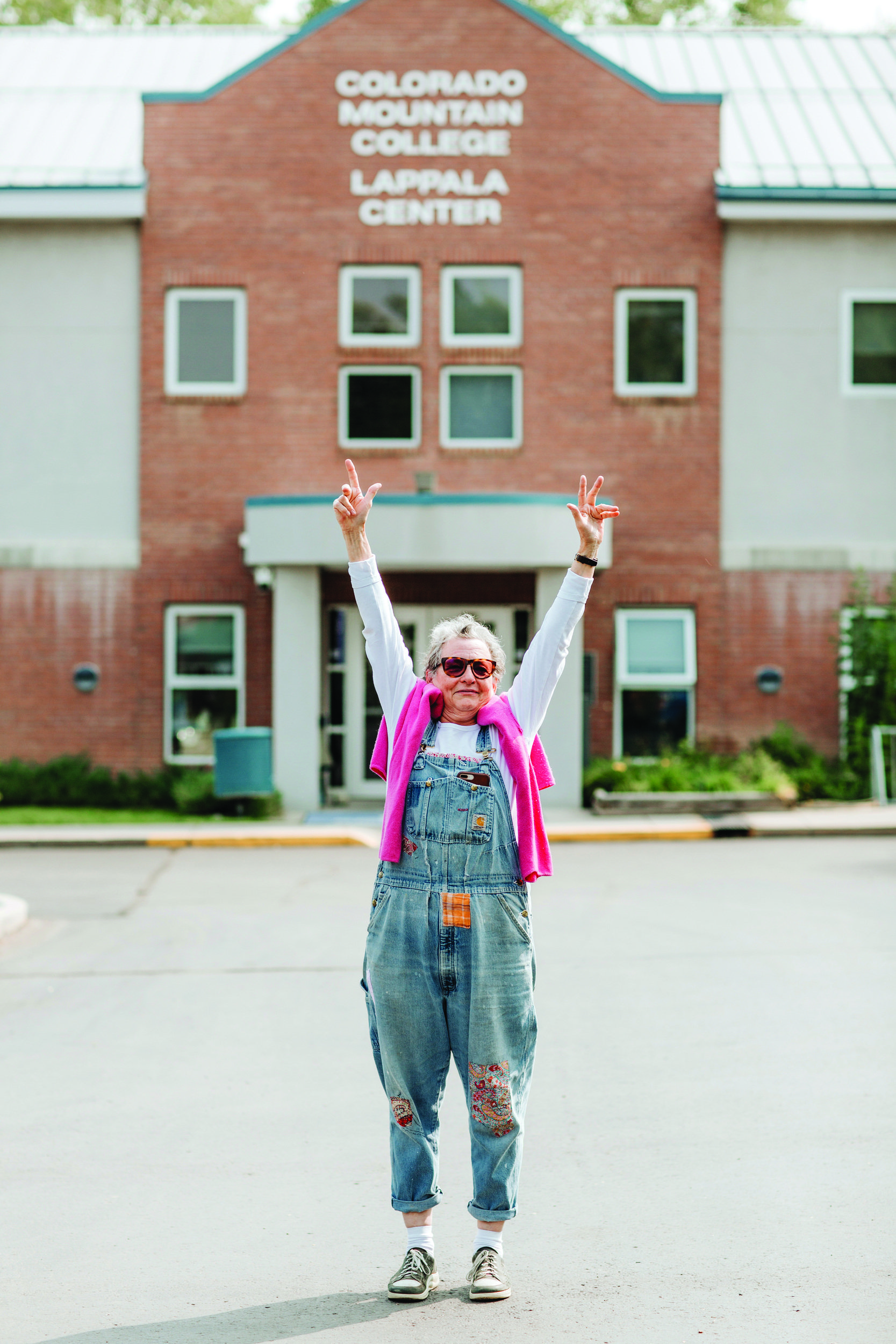 When Cecilia Metheny decided to leave the New York City area for Carbondale, she knew she wanted to continue teaching.

“I don’t think anyone on Earth teaches for money,” she said. “I think your heart’s in it or it isn’t.”

After nearly 20 years as a professor at Parsons The New School for Design, Metheny remains committed to teaching students about textiles and the fashion industry.

Growing up in rural Kentucky, Metheny took a circuitous route to her now 25-year fashion career. Originally working in film, producing political campaign commercials, Metheny burnt out on that work, and moved to Manhattan for acting school. It turned out to not be a fit, but she had a lifelong fascination with textiles, and the nearby Fashion Institute of Technology had just the program.

“My grandmother was a quilter and I never was around her when she was not making biscuits and fried potatoes and scrambled eggs, or she was quilting. And I just found that so fascinating, how she could put the colors and the patterns together. So I really wanted to study textiles.”

Her first clothing line was met with acclaim. Called Cecilia Metheny Ltd, the collection was mens’ loungewear and sportswear and was carried in specialty boutiques and famed department stores like Bergdorf Goodman, Neiman Marcus, Saks Fifth Avenue, and Macy’s.

But it was the 80’s, and when the economy crashed, her line of credit dissolved. Cecilia’s company didn’t have the money it needed to deliver on existing orders.

“So the company failed and $7 million was lost,” she recalled. “And there was a divorce. Not a happy time. So I highly advise people not to work with their spouses.”

Despite the failure of that early company, Metheny forged ahead and had many years of success as a designer, consultant, and professor.

So how does a fashion industry consultant and long-time Parsons professor end up in Carbondale? Cecilia’s son, Patrick Henry, attended the Colorado Rocky Mountain School and fell in love with the town and life in the mountains. Cecilia had already made the decision to move to Carbondale to be closer to her two grandchildren, but her timeline was expedited by the pandemic.

“The virus struck, and [my son] called on the phone on a Monday and he said, ‘You’ve got four days to get out of there,” Cecilia continued. “I called a mover and they packed up everything… And I got on the plane and I was the only person on the airplane to Aspen.”

When asked to reflect on her transition, Cecilia laughed. “The first two months, I thought I was on another planet… I’m used to a different way of thinking — the East Coast, Manhattan, everything is, ‘I want it yesterday, not now, I want it yesterday.’ And here people are just less neurotic. They’re really nice.”

When Metheny landed in Carbondale, she sought out opportunities to continue teaching. She quickly got connected with Colorado Mountain College and Marianne Ackerman who works in the Continuing Education department.

“Fashion is a really up and coming artistic passion in our community. I credit that to Carbondale Arts and their Green is the New Black fashion show. I think that people are going back to crafting their own clothing. There’s a big interest in upcycling clothing, recycling clothing, thrift store shopping, and having the ability to upgrade what they find, either for fit or for fashion,” said Ackerman.

Metheny’s upcoming course, the first in a three-part series, focuses on fabric basics. “There are seven components to making a fabric. We’re going to lightly look at each of those.” She explained that fabric-making relies on farmers, mills, weavers, dyers, printers, and finishers. She continued, “There’s about 150 basic fabrics and we’re going to look at maybe 25 of those that are most common.”

When asked what drives her passion for textiles education, Metheny got animated. “Is it Earth friendly? And if it isn’t Earth friendly, what do you want to do about that? What are your other options? Because if we don’t get Earth friendly, these fires, floods, these hurricanes are all a result of abusing the earth. So why wear something on your body that abuses the very life you live in?”

“Parsons is probably the top school in sustainability and that philosophy. And I’m really thankful to come from that, so that’s what I hope. If you don’t buy something sustainable, at least be aware of your decision.”

How Textiles are Made
What: Learn to understand fabric so you can select the best options for accessories, clothing, and interior textiles.
When: 6 to 8 p.m. Mondays Oct. 12 through 26
Where: Online through CMC
How much: $49
Info: coloradomtn.edu/event/how-textiles-are-made