Pandemic puts Castle back on the market 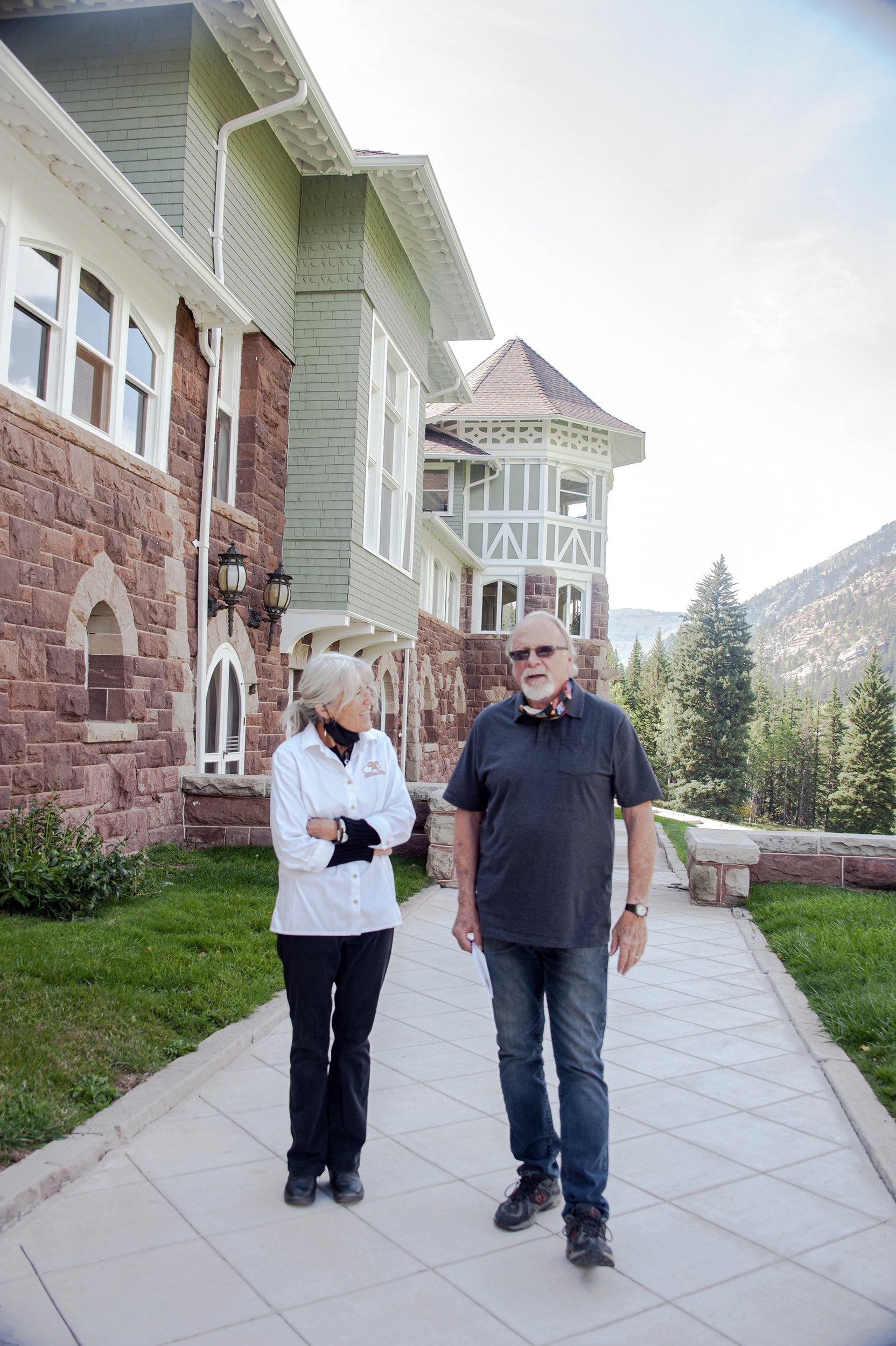 The historic Osgood Mansion is up for sale for the second time in four years — this time for $19.75 million

After multi-million-dollar total renovations, owners April and Steve Carver determined that operating the castle in the current pandemic and economic environments was not sustainable.The Carvers are the 11th owners of the 118-year-old estate.
Jeff Bier and Chris Souki are the listing brokers from Coldwell Banker real estate company.

Bier explained, “There were over two years of hearings, permits and  infrastructure requirements. The meticulous restoration process totalling 48,000 square feet of improvements was completed by historic renovation specialists.”
The property boasts 42 rooms with 11 suites, sits on 153 acres and is listed on the National Register of Historic Places. A coalition of historical societies created easement agreements for the exterior and much of the interior that new owners will have to obey.

All furnishings are included in the sale price. Only a few of the rooms have televisions. Most don’t have telephones, but internet is available.

Souki said “the Redstone Castle is one of the most regal and oldest mansions in the Colorado Rockies. It is a true piece of history.”

The listing reports more than 20,000 feet of living area, with 15 bedrooms, 23 bathrooms, garages, a carriage house and a horse arena.

The Colorado Sun described the opulent features in the building which include silk wallpaper in the French-themed music room, green-dyed Spanish leather on the walls of the library, which was built to look like the inside of a train car, a Honduran, hand-rubbed, mahogany table, Russian red-velvet on the walls in the dining room and a diamond-dust mirror hanging above a fireplace.

The Sun added that imported Italian marble surrounds each of the 14 fireplaces. Domed ceilings are lined with aluminum, which was more valuable than gold in 1900, not to mention Tiffany & Co. light fixtures, sconces and chandeliers.

The castle has a functioning game room with the original pool table prominently displayed.

When asked if the mansion is haunted, Bier replied, “It depends.”

According to HauntedColorado.net, the late Sue McEvoy, once castle curator, noted, “Guests have reported strange incidents. There’s also a legend that spirits hover in a secret passageway that connects the nursery to the servant’s quarters.”

But what spooked McEvoy the most was the ghostly cigar smoke from the turn-of-the 20th-Century original owner John Cleveland Osgood, who died in 1927.

Industrialist Osgood built the 42-room mansion for the then considered outrageous sum of $2.5 million. The structure was also known as Osgood Castle or Cleveholm Manor.

Redstonecolorado.com added that Olsgood also built 84 cottages and a 40-room inn, complete with indoor plumbing and electricity, to house his coal miners and cokers. After a disastrous first marriage, which ended in a scandalous divorce, Alma Regina Shelgren became wife number two. Alma, rumored to be a Swedish countess, became known as Lady Bountiful for her kindness and generous nature toward the town’s families, especially during the holiday season.

According to the New York Times, Osgood  also built a reservoir, a kennel for his hunting dogs, a massive carriage house for horses and a preserve for elk, deer and bighorn sheep. Elk herds still winter on the expansive and lush green acreage.

The Redstone Castle has a rocky past, including several auctions, one in 2005 and another in 2016 when the Carvers bought the property.

According to the Denver Post, the Internal Revenue Service (IRS) seized the property in the early 2000s after its owners were charged with operating a Ponzi scheme, which allegedly advised investors they could get returns as high as 400 percent from purchasing prime bank notes.

The property has been described as having several intriguing aspects. One is the extensive stone and rock exterior from local sources and also being listed on both the Colorado and Pitkin County historical sites.