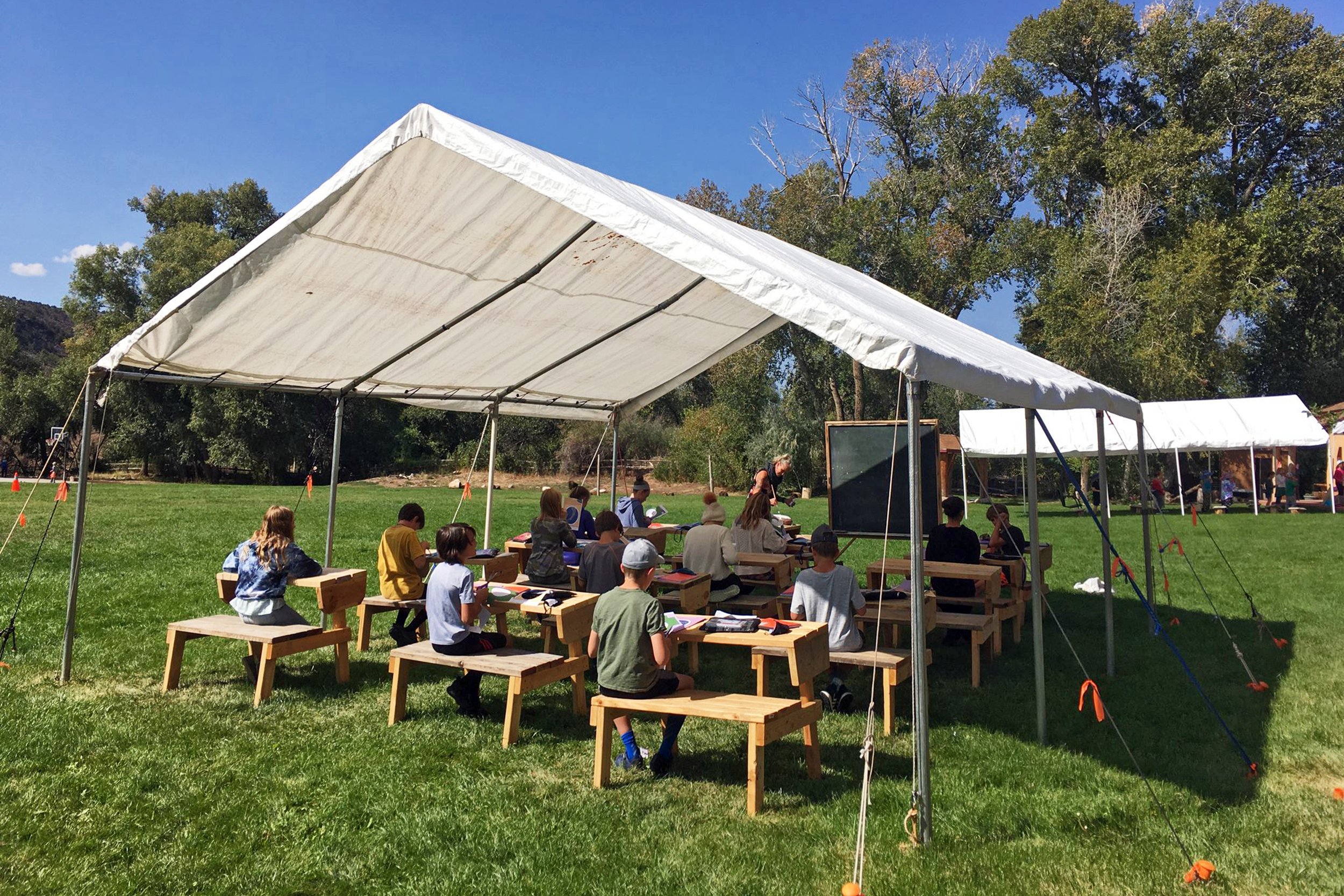 “Oh to be young again,” so the sentiment goes… However, these days the youth may be less envied. Students across the nation undergo the new normal either in familiar hallways or over a computer monitor in the refuge of their homes.

The Waldorf school has set sail on a course of in-person learning much of which takes place outside the classroom.

Kindergarten through second graders got a head start and began the academic year early — Aug. 12.

“We wanted to make sure that we were maximizing as much in-person time as possible,” Bellack stated.

In case renewed regulations prevent in-person learning down the road the earlier start date could make up for that potentially lost time. Third through eighth grades commenced class on Aug. 25.

For the time being, students are outside throughout much of a given day. Some traditional classrooms have been set up behind the building where students gather just as they would have inside but sometimes bundled up in their coats.

“We’ve been blessed with good weather barring some smokey days but otherwise it’s been a beautiful fall so we’ve been spending as much time outside as possible,” Bellack stated, “In fact our second and third graders spend all day everyday outside — they’re not using their classrooms at all at this point.”

From observing plant life for botany class to the second graders rehearsing for their play,  currently Waldorf students are likely to be found in the outdoor elements pursuing their education.

“The second part of our strategy is taking proactive measures,” continued Bellack. At home, symptom checks are required of first through eighth graders and kindergarteners have their temperatures checked each morning.

Masks are required inside at all times and outside if it is impractical for the students to maintain six feet of social distance with their peers. “In the case of the younger children they’re often wearing masks outside as well because they are not maintaining that social distance,” Bellack stated.

Prior to welcoming students back the staff considered not requiring that the younger grades (K-2) wear masks throughout the day, “but we ended up there,” said Bellack, “and felt like that was the most proactive measure to keep everyone safe.”

“We are seeing such a level of resilience from our students,” said Bellack, “who continually adapt.”

While the setting may be different, the curriculum is just as rigorous as any other year. Children are still chipping away at their respective grade’s workbooks and covering the same material had fall 2020 been a typical semester.

Understandably, teachers may struggle to get their point across or tell a story while wearing a mask. Therefore, some teachers are using clear facemasks (not faceshields) so their pupils can still see their lips move as they speak.

Students are proving to be just as concerned about the continuity of their education as their mentors. Second grade students were recently seen using extra straw bales on campus (the school itself is a strawbale structure) to build walls around their outdoor classroom in preparation for the cold weather.

For now, school events will not be open to the wider school community as they used to be. In fact  Michaelmas Day is just around the corner. In observance thereof the school hosts a festival each year as, “A celebration of fall and warding off the darkness as we move into winter,” stated Bellack.

Indeed winter does loom and while some students will continue to study outside as late as they can, the school administration has devised procedures to hold classes inside as safely as possible. Among such protocols is extra spacing between students’ desks, disinfecting classrooms and continuing to wear face masks inside.

As other schools combine online and in-person learning, Waldorf has opted to only hold in-person classes while they can — as is expected considering their hands on learning approach.  However, the school is prepared to return to some degree of online learning should circumstances require.