Comedy — a medicine for melancholy? 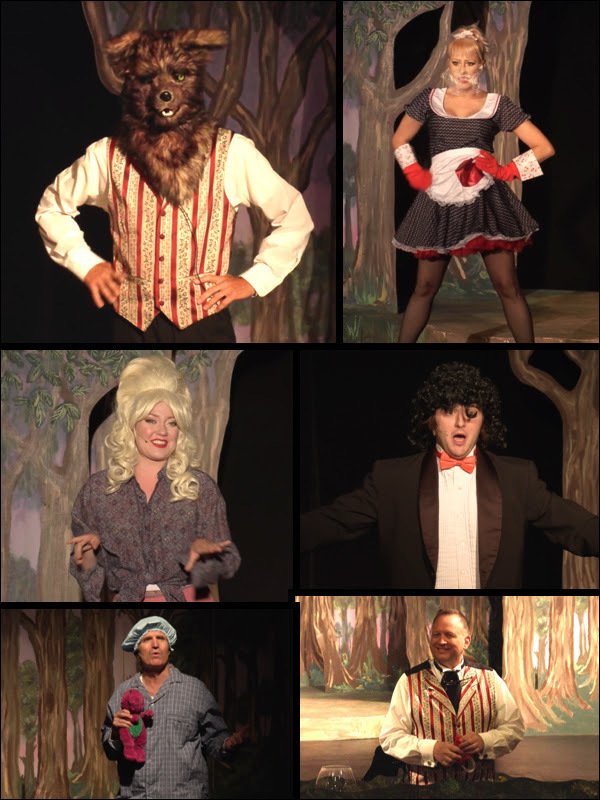 Everyone has heard the phrase “Laughter is the best medicine,” but few realize that this simple observation dates back thousands of years, and during these seriously challenging times, we would do well to add an occasional dose of humor to our lives.

You may be surprised to know that doctors have long known about the benefits of humor on both our minds and our bodies. Psychiatrictimes.com suggests that laughter can elevate the pain threshold, lower one’s blood pressure, and improve one’s defense against respiratory infections. Their website goes on to state that laughter is also known to elevate endorphin levels in our bodies, which produce “euphoric and calming effects.”

Happily, The Roaring Fork Valley has resources that can keep us laughing. For the purposes of this brief article, I interviewed three local residents that share a wealth of knowledge on the subject of comedy and its benefits.

Don Chaney may be best known for his work as a morning radio host on KSNO radio, but he has also worked as a voice-over artist and with Defiance Community Players. Chaney knows a thing or two about comedy. He even opened for comedian Christopher Titus at the Wheeler Opera House once. On another occasion, Chaney had comedian David Brenner co-host his KSNO radio show. Chaney acknowledges that comedy has definite benefits, noting that “Laughter just feels good! It has a physiological effect that just makes you feel better! It’s an instant escape from life’s drama.” When asked who his all-time favorite comedians are, he replied that he still loves “good slapstick comedy,” from the likes of Jerry Seinfeld and Dick Van Dyke. As an aside, he added that his brother prefers “cerebral comedy.”

Many Sopris Sun readers have enjoyed comedic performances at the Glenwood Vaudeville Revue. Aviad Bernstein (Avi, for short), who claims to be “certified goofy,” also chimed in with his thoughts on comedy. I asked Bernstein what the difference is between a fortune teller and a comedian, and he responded, “There is no difference. They can both either make you question your life-path or laugh at yourself.” He went on to note that “growing up, my teacher asked me to use a sentence with the words “defeat, deduct, defense and detail.” He claims that he responded “De feet of de duck jumped over de fence before de tail,” and I admit, I had to laugh. Humor can be inescapable. His advice to help folks deal with current events is sound. He said, “Make light of the situation any way you can, and do everything in your power to keep yourself healthy. Go for a bike ride, go hiking, get on the water, and eat properly. Make jokes about it. It’s a crazy time we are living in, but of all the places to be living this kind of life, the Valley is by far the most wonderful place to be.” Truth may be found in comedy!

Jeff Patterson, M.A., P.C.C., the owner of Aspen Success Coaching, was also willing to share his views on comedy and the human experience. Patterson was a founding member and director of Thunder River Theatre Company’s Consensual Improv group, so his take on the importance of comedy during “hard times” carries some weight. He stated that “Comedy is one of the great mechanisms for dissipating and dispelling stress. It allows us to look at ourselves (and life) with an eye for levity. It also helps us not to take ourselves so seriously.” Jeff believes that as social creatures, “we love to laugh.” He also notes that laughter can be infectious, and points out that that is why “laugh tracks” are still used today, noting that we will often join in with the laughter simply because laughter is infectious by nature. Regarding the physical benefits of laughter, Jeff says that “Laughter offers a cleansing sensation akin to that of crying,” and that the two are not that far apart. According to Patterson, “Any day you can shed a tear and laugh out loud is a good day in my book.” He also offered that “Laughter is a pretty good ab workout,” and that’s funny!

I asked Patterson if dissecting a joke or analyzing comedy can ruin the comedic experience, and he responded that, “If I’m in my head trying to ‘understand the joke’ rather than just letting it hit me, I’ll most likely miss it. In this way, analyzing comedy can often spoil the fresh, immediate nature of its potential impact.” He sums up by adding. “Dissecting can’t ruin good comedy. It can only distract you from it, which might make you miss the joke.” Patterson recommends that “We all look for a few more things to laugh at. No, it won’t solve all our problems, but it might just help us have a little more fun while we work together to change our world.”