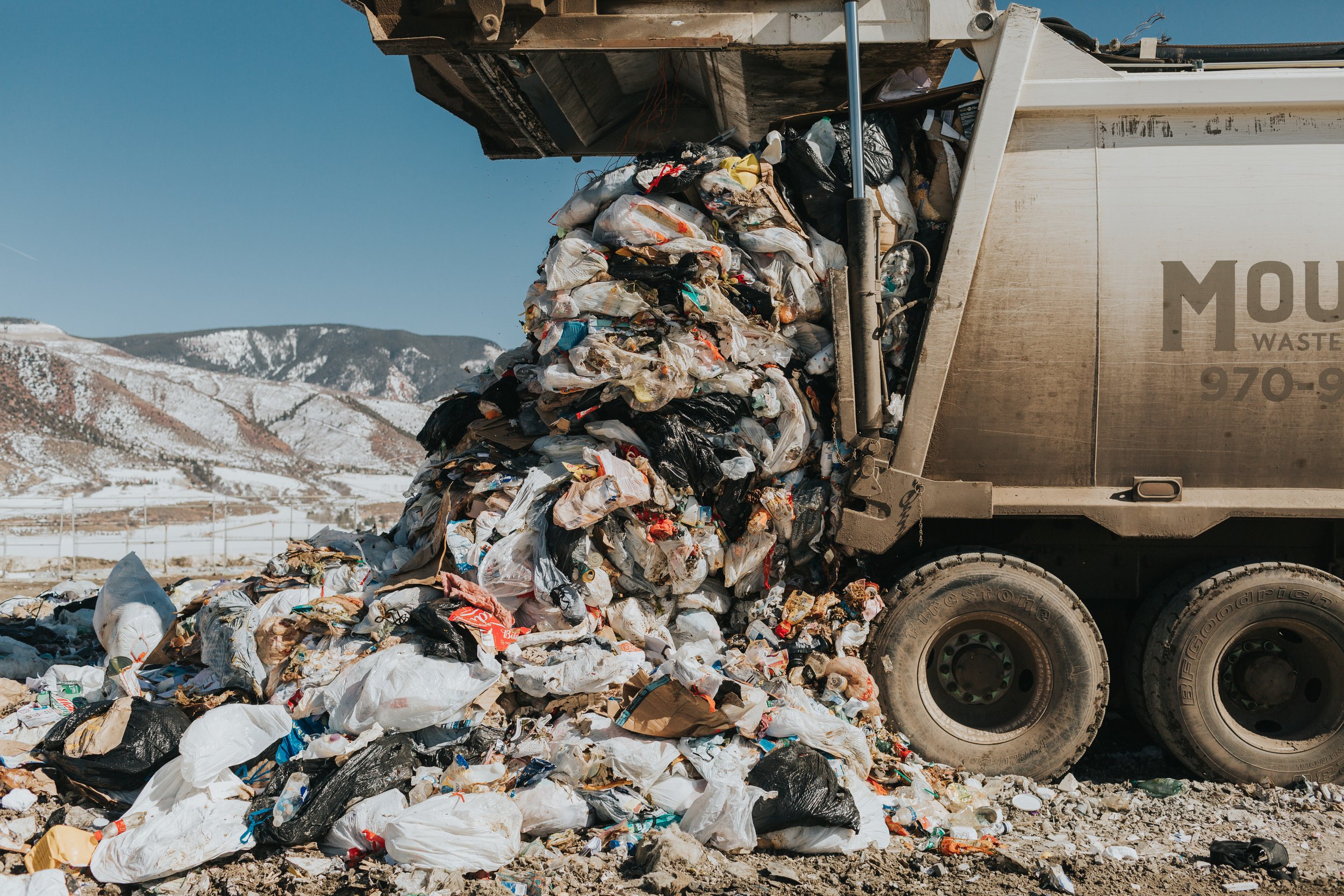 Oct. 1 marks the start of the second year of the Town of Carbondale’s single hauler trash and recycling service. The Town’s goals in implementing the program were to reduce truck traffic, increase the landfill diversion rate, and reduce bear-trash interactions.

“I have had a few folks tell me anecdotally that it seems like less truck traffic in their neighborhoods,” remarked Town of Carbondale Public Works Director Kevin Schorzman. “There were four trash companies and one composting company servicing residential customers prior to the switch. Now it is Mountain Waste as well as the composting company.  That said, there are still other companies servicing commercial properties, so I don’t know the true reduction in truck trips.”

Overall, both Schorzman and Mountain Waste District Manager Mike Hinkley were pleased with the transition and thought the process went smoothly. At this point, most of the Town’s roughly 2,300 households have made the switch, with the exception of a few small HOAs that are still running out their existing contracts. The last large addition to the system was River Valley Ranch, which came on board May 1.

A benefit to having the Town serviced by a single hauler is the ability to track how much waste and recycling the Town generates, as well as its diversion rate. According to Hinkley, the “Town of Carbondale’s first quarter diversion rate was 26.16 percent, which means for every hundred tons of material collected, whether it’s trash or recycling, 26 percent of all that material was not taken to the landfill. It was taken somewhere else to be recycled. The state average [diversion] rate now is 12 percent… Their goal by 2022 is to be at 25 percent. Carbondale is already there.”

Looking just at the months since RVR joined the system, Carbondale generated an average of 160 tons of trash and 55 tons of recycle per month. The total tons for the first year won’t provide an accurate baseline, since there was a slow rollout of the program, with some large user groups not joining until partway through the year.

When asked about plans to improve landfill diversion, Schorzman discussed the results of a recent trash audit. A random sample of trash cans were collected from around town, weighed, and examined. The results of the audit showed that 53 percent of the contents was trash, 9 percent was recyclable but thrown away, and almost 34 percent was compostable. “We don’t mandate that people compost. So I guess what that tells me is, people are doing a good job of separating their recycling from their trash, but we could go a lot further if people would compost.”

“Part of the reason they did that Super Saver rate, you know with the small can, $14 bucks a month, was to try to save people enough money there that they could turn around and then compost if they chose to and their overall trash bill really wouldn’t go up.”

Another strategy the Town implemented was a volumetric pricing model. The more trash you make, the higher rate you pay to dispose of it. Additionally, the system requires that participating households pay for recycling, in hopes that that would increase the diversion rate.

Schorzman, on increasing the diversion rate. “We’re not the recycling police that go around and look in cans and go ‘You didn’t use yours enough.’ But there is no financial incentive for them not to recycle because they pay the same whether they use it or not.”

Recycling has been in the news a lot recently, as tariffs with China halted the flow of American recycling out of the country, profoundly impacting the international recycling system. According to Hinkley “From August of last year to August of this year, just to put [recycling] on the floor of the MRF to have it sorted… it’s gone up 314percent per ton.”

A MRF is a Materials Recycling Facility, where single stream recycling gets sorted, and the closest ones are in Denver. In addition to the fees paid to the MRF, recycling costs are also high because Mountain Waste must pay to transport the recycling to Denver. The majority of Carbondale’s trash gets hauled to the Pitkin County landfill.

Again, Hinkley. “We have lost [recycling business] especially in the last year. We’re starting to see people having to make that tough decision. We try to explain it to them as best as possible and we’ve even had some customers call Alpine Waste and Recycling, where we take it, to verify that our story is actually true. So we have seen some fallout of people discontinuing recycling because of the way it’s gone up in such a dramatic fashion just over the last year. I still believe in recycling, I still think it’s the right thing to do.”

When asked to comment on ways to improve the system, Schorzman sought to bring awareness to right-sizing your trash service. After an initial grace period, households are now being charged $25 per service for extra trash that doesn’t fit in their receptacle. In August, the Town saw more than $4,000 in extra charges to households that overstuffed their receptacles.

“For example, at the holiday time you might have a little extra trash. And in those cases all you have to do is call Mountain Waste before pickup day and tell them they’re going to have one extra bag or two extra bags, and pay Mountain Waste directly for that. And I think it’s like $3 a bag and then you can avoid the $25 fee… But if it is consistent, then you need to think about switching container sizes because it’s going to be way cheaper.”