Schilling hangs up his badge after 37 years 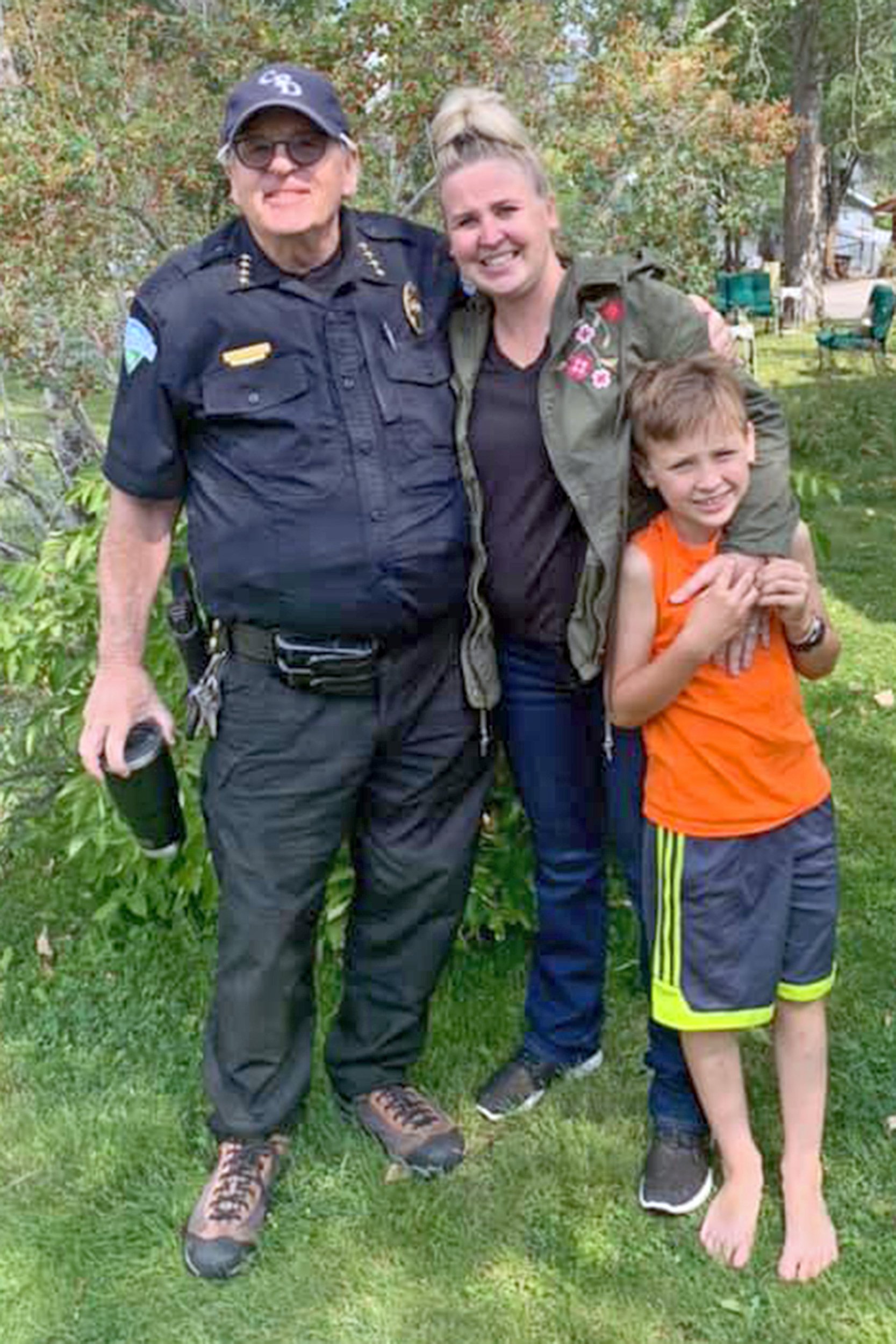 Gene Schilling has been an essential cog in the local machinery almost all his life — and will continue to be integral even after his impending retirement as police chief.

His family moved from Aurora to Redstone and built the Crystal Valley Manor in 1960, when he was 8.

“I was pretty happy growing up here,” he recalled. “It was a lot of fun. Not a lot of people, but a lot of things to do.”

As a young teen, he discovered an aptitude for working Redstone’s finicky firetruck, so he became a volunteer. While the chief was the only paid gig in those days, he stayed involved and at one point served as volunteer assistant chief.

“I like to be a helper — a community service guy,” he said.

After graduating from Roaring Fork High School — where he was a basketball forward — Schilling found himself in an array of odd jobs. He worked for Aspen Highlands, Elitch Gardens, Sunlight Mountain Resort and the Mid-Continent coal mine.

He loved his job as a shuttle car operator and later night shift foreman, and although he worked the shift before the 1981 disaster and was on the mine rescue team, a fractured ankle kept him from being among those who discovered the dead.

Schilling’s pull toward law enforcement began with part-time dispatch work, which grew into full time and a role as reserve Garfield County deputy. When Carbondale had an officer opening in April 1983, he signed on.

Verne Soucie had just been elected sheriff and Fred Williams had been promoted to fill his shoes. Emergency calls were infrequent, leaving the officer on duty to mostly handle security checks, ordinance violations, and the occasional fight at the Black Nugget.

Schilling was promoted to Sergeant in1990 and joined the fire board around the same time.

“I didn’t like some things the previous board was doing, and I ran to at least have a vote and say in it,” he explained. “I think we continue to develop a very community-oriented fire department.”

When Williams retired for the first time in 1997, Schilling decided to go for it.

“I’d seen the way Fred and done it and people seemed to like that, so I thought I could continue on and maybe improve on it,” he said.

Town Manager John Hire agreed, and Chief Schilling went right to work recruiting officers who were willing to help with a plugged ditch or flooded basement. He even had them all trained as notaries.

“I believe we did community policing a long time before it was a buzzword,” he noted. “Of course I’m biased, but I think we have the best police department around. Overall, the community likes us and they appreciate what we do.”

“You have bad cops,” he admitted. “In large, metro agencies where most of these things have happened, rather than getting rid of someone because they have to fight the union, they transfer them to different jobs. If we have a bad officer, we’re gonna know and get rid of them. That’s not good for us and that’s not good for the community.”

Of course, there are still sometimes issues. A set of tazing incidents mar the department’s record, at least one of which resulted from ignoring policy. An uproar over a school resource officer serving on an immigration-related task force was, in Schilling’s assessment, a manufactured controversy. The officer in question opted to leave the local force, and incoming chief, Kirk Wilson, has indicated that policy against such cross training will continue.

Overall, however, he has a lot of pride in his tenure, and particularly for his work with River Bridge to support child advocacy and involvement in undercover efforts to curb child trafficking.

“That was my idea and I pushed for a few years to get it done,” he said. “Kids are so important.”

That’s probably why he has also continued to drive school buses for the last 42 years — a role he once again eased into during his mechanical aptitude and found a way to balance with his police and fire duties. In recent years, he’s run a morning route that has him up at 5 a.m. and done by 8 a.m. in time to head into the station. He sometimes sees something suspicious and tips off his officers, but the best part of the overlapping roles is just his presence.

“I felt it was a good thing for the police chief to have what I believe was a positive influence on children,” he said.

Two of his current employees rode his bus daily, and two more had him as a driver for sporting events or field trips. Indeed, while some of his most promising potential successors have themselves retired recently, he’s very proud of the team he assembled.

“We were one of the first agencies in the Valley to have bilingual people and we have a bunch,” he said. “We’re the only agency in a lot of places to have tie-dye. I can’t take credit for that, but it was a great idea.”

One of those who can take credit for the tie dye is Greg Knott, a former Carbondale officer who now heads up Basalt’s department.

“He used a lot of the ideas we did here when we went up there,” Schilling observed.

And it sounds like Wilson will do the same in Carbondale.

“I know that Kirk’s gonna do a great job,” Schilling said. “It was a good match.”

He expects to stay involved in the community, both as a bus driver and potentially in some elected position. But he won’t miss midnight phone calls or serious car accidents or people who call to complain about something small and petty.

“It’s been a great career. I still love coming to work every day, but I think it’s a good time to get some new blood in the command,” he said. “I want to spend a lot of time with my wife and my family.”