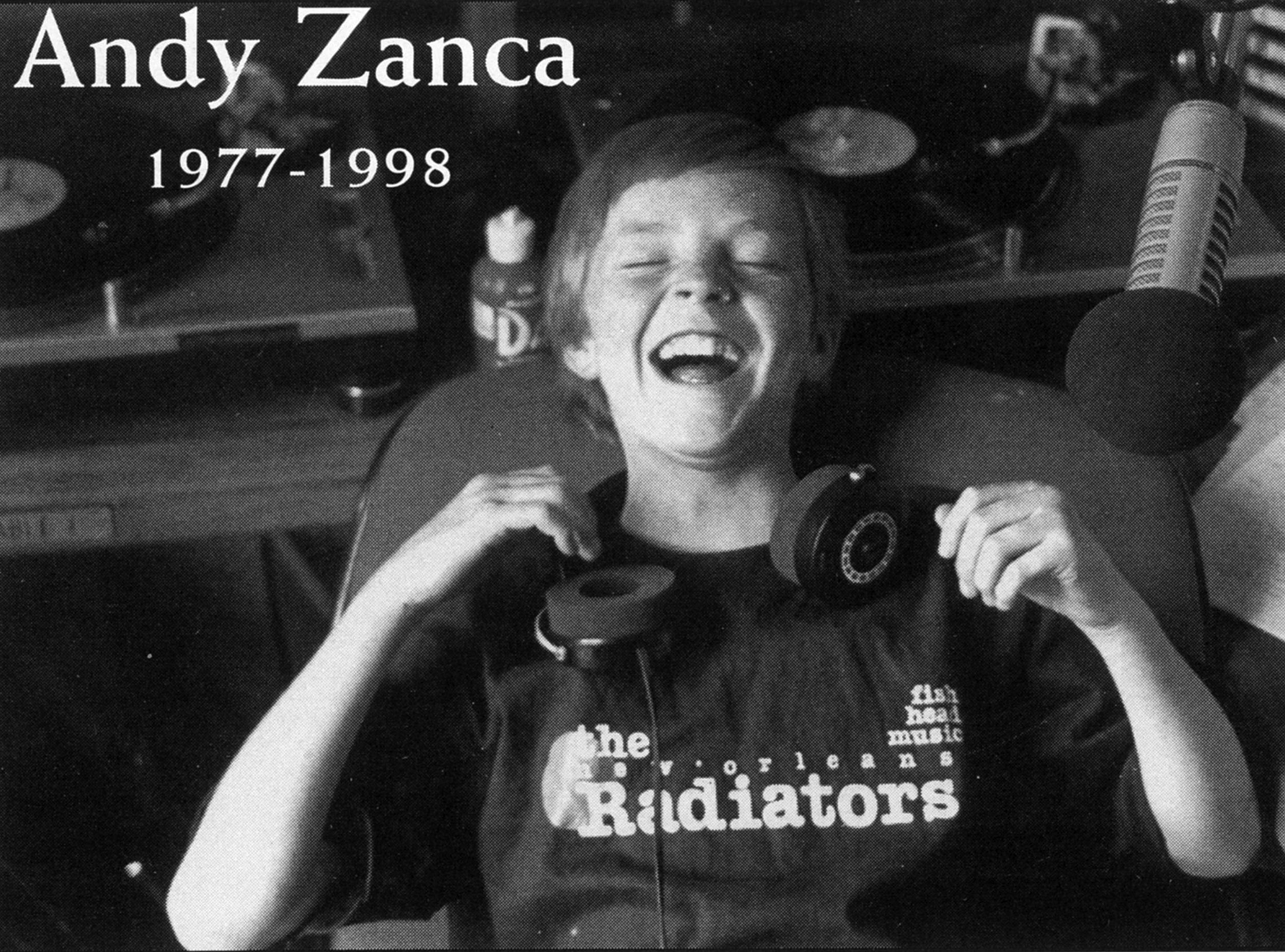 Guess what, Carbondale family? Andy Zanca Youth Empowerment Program (AZYEP) turns 20 this year! While this in and of itself is reason to celebrate all year round, the anniversary will culminate in a broadcasted event on Oct. 11 brought to your eardrums live from KDNK.

For those unfamiliar with AZYEP, it has been an important aspect of many young peoples’ lives and opened up doors for them to expand their creativity, occupational exploration and an increased sense of self confidence. Just as the ‘E’ stands for, this program empowers young people by elevating their voice through public broadcast.

“Not only has this program helped me learn how to run a show, but it has also made me more open to other peoples’ opinions and unafraid to share my own,” said current participant Laura Carmona.

Founder Annemarie Zanca started the program in honor of her little brother Andy Zanca, who died in 1998. Back in the late ‘80s and ‘90s, young Andy could be found in the KDNK studios spinning records from the ripe age of nine years old. Knowing that being in the studio brought her brother immense joy and a sense of belonging, Annemarie set out to support other young people in the same fashion for generations to come.

Seeing as it is the 20-year anniversary, AZYEP set a goal to fundraise $20,000 by the end of the live broadcast on Oct. 11. They’ve raised more than half of the funds already but there is still a ways to go before they hit their mark. People who would like, can contribute by going to azyep.org and clicking donate.

“From 2 to 5 p.m. we will be highlighting voices from the past, present and future of the program,” explained Executive Director Beth Wysong. “From 5 to 7 p.m. the youth news team will present an interview with local band ‘Let them Roar’ who will play a live concert from the KDNK broadcasting center.” Tune in at 88.1 or via AZYEP’s facebook page for the live feed.

The future? You may be wondering…Well it means, “That we’ll hear from the kids involved in the program and what they hope for for the future of youth radio,” Wysong clarified.

An excellent example of how AZYEP has helped shape a young person’s destiny is their very own News Team Coordinator Adele Craft who, “Began as a DJ when she was in the sixth grade, graduated through the program and now is an employee of AZYEP,” said Wysong.

“Really we just want to meet kids where they are as far as their passion for radio and broadcasting goes,” she added. “And in my opinion what began as a radio program has turned into an empowerment program using radio as the medium to support kids.”

“No matter how much participation the student puts in — whether it’s just for a couple music shows or stays with us for years — I see a benefit everytime they come to the radio station,” said Wysong.

“It’s an authentic place for kids to really learn,” Wysong continued, “Whether it’s music exploration, problem solving, critical thinking or just getting social and emotional support they’re learning with everything they do — that is the reason I’m so passionate about it.”

Tune in every Monday at 4 p.m. to hear AZYEP’s public affairs show where young people report on a plethora of pertinent topics. All scripts for radio shows are in English and Spanish and “We really value our DJs who can do a show bilingually,” said Wysong.

“I think in high school, at least for me, I wanted to separate myself from everybody and find something that was unique,” said Alumni Maija Petterson, “And I think the program really did that for me.”

Here’s to another 20 years and beyond, AZYEP!