‘We are local and so is your food’ 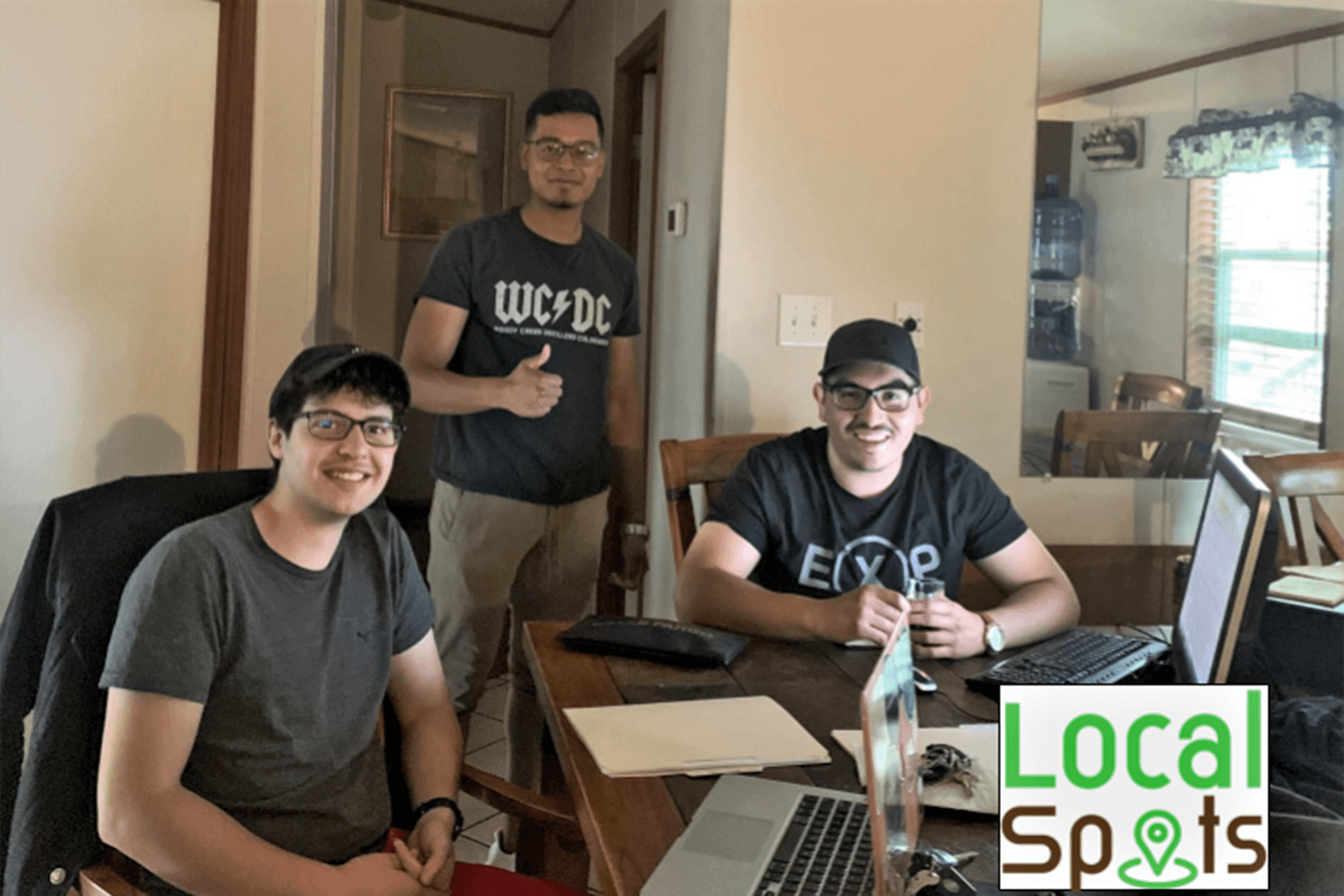 Eber Silva, Nicolas Rojas, and Eduardo Meraz have known each other since they were kids. Eber Silva remembers Rojas (“Nico”) and Meraz (“Eddy”) from when he was 10 years old. All three grew up and attended school together in Carbondale.

Now they have “teamed up” to develop and launch a new free app (short for application) for both iOS and Android operating systems that will allow Carbondale residents to easily place food orders with local participating restaurants, pay the bill, and arrange pickup or delivery of meals to their homes.

The app will even tell you when a delivery order is on its way. Silva states that the app development team wants to “help struggling restaurants in our town, and to introduce the town of Carbondale to a new technology.”  The application, which will soon be in the Beta testing stage, is called “LocalSpotsApp” and the developers hope to complete testing and make LocalSpotsApp available to hungry Carbondale residents within the next month or two. First, however, Silva says the app must be tested, and that volunteers are needed for the testing process.

Silva, who studied Process Tech Engineering at Colorado Mountain College, credits his CMC instructors for sparking his interest in industrial automation and coding. He also credits the CoVenture business growth advisory team for their help in the development of the LocalSpotsApp business plan.

Meraz studied computer science in school and developed computer programming skills. Rojas worked in marketing and focused on assisting businesses with their social media presence. Now they are an entrepreneurial team that will make a difference in the way local restaurants conduct business.

To date, El Pollo Rico, Mi Lindo Nayarit, The Landmark Café, Atina Bar and Grill and JC Breakfast and Lunch have signed up for LocalSpotsApp.com service. More restaurants are likely to follow.

The next step in making the plan a reality involves recruiting about 50 of the aforementioned “app testers” within the next couple of weeks so the team can test the Beta version of their new app. This will require volunteer testers to place actual food orders via the app with participating restaurants here in Carbondale.

The food will be ordered, paid for, and delivery arranged with the app which, thanks to technology, can conveniently reside on the phone in a user’s pocket.

Note: Testers should only order meals that they actually want and are prepared to pay for. Also, not all Carbondale restaurants are participating yet, so selections may be limited during the testing phase. Silva encourages anyone who is interested in becoming a tester to visit LocalSpotsApp.com to contact the app development team.

To put things in perspective, a recent study of world-wide food delivery services estimated the value of the food delivery market at 94 billion dollars, and growth projections run as high as 9 percent annually.

So, as you can see, these are no “small potatoes.” Bon appétit!