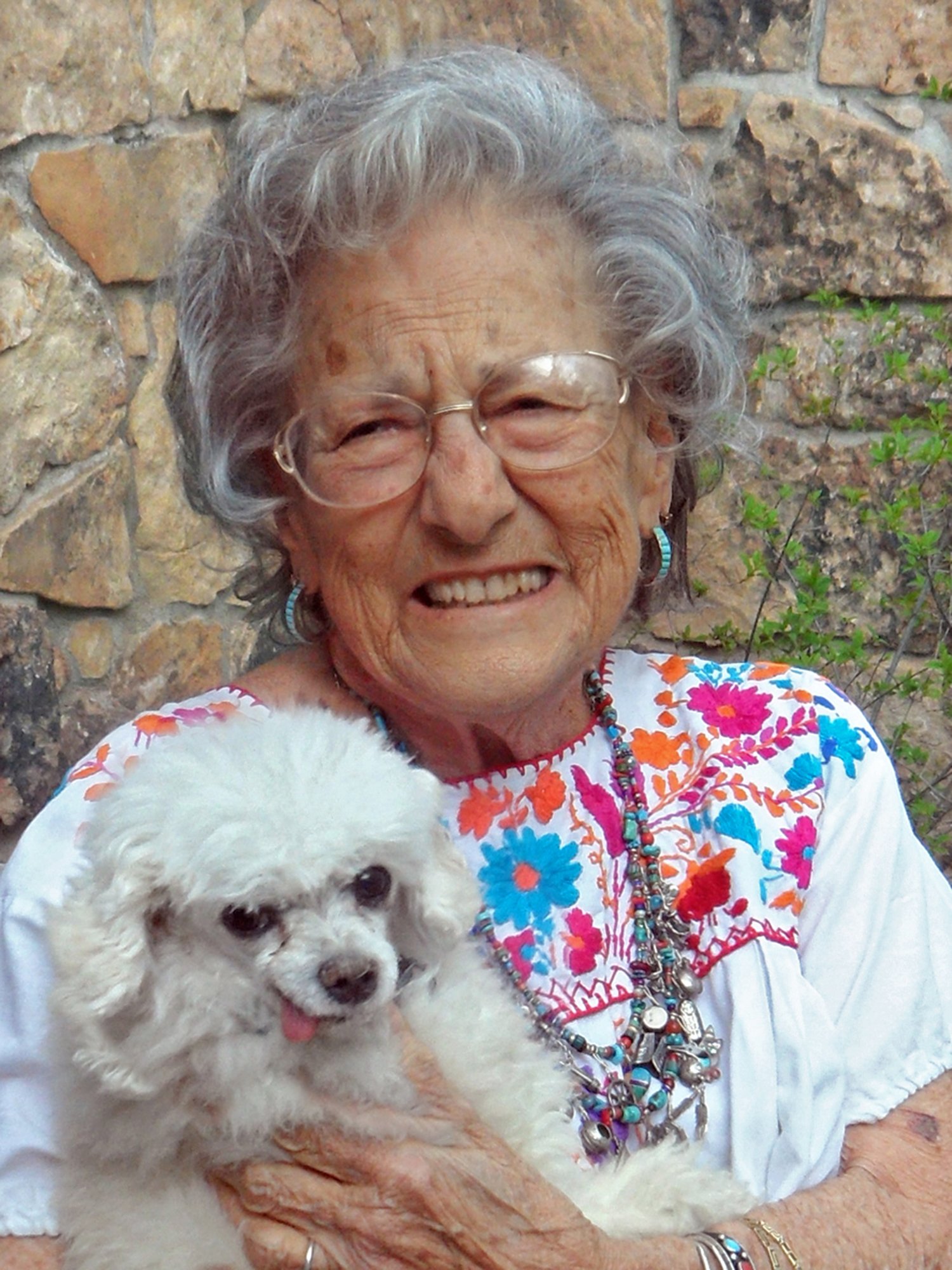 The Argiropoulos and Pappas families arrived in Colorado 1890s and early 1900s and were founding members of the Assumption Greek Orthodox parish. Penny’s mother died due to cancer when Penny was 7 years old. Her father remained single and raised Penny and her sister, Katherine, while running the Royal Delicatessen in downtown Denver.

Her father was gregarious and loveable and seemed to know every Greek in Colorado as he supplied Greek and German imports to ranchers on the Western Slope, as well as to families and restaurants throughout Denver. During high school and college, Penny helped her father in the delicatessen with the bookkeeping, ordering supplies, and with the food ration stamps during WWII.

During the 1940s and 1950s, summers transformed into a special extended family time with fun-filled mountain picnics, often a roasted whole lamb, along with Greek dancing. Often there were more than 60 attendees. Month-long vacations to Glenwood Hot Springs became another family tradition that all the grandchildren loved.

Penny married Stain in 1943. Soon after he became a captain in the Air Corps and was stationed for wartime duties in London. He arrived home in 1945 to a son already almost 2 years old.

The family was extremely active with the Greek Orthodox church, as Penny was an original member of the choir and was the first church organist. She continued playing for the choir well into the 1960s. Her children were also members of the choir as well as the Greek Orthodox Youth activities. She loved philanthropy and was active in many service organizations. In 1960 she was elected to be Chairman of the Denver Annual March of Dimes fund drive.

She had a devoted group of friends in the Greek community, and was forever busy playing bridge, sewing, making church projects and organizing family picnics. She loved to ski, and encouraged her children to learn as well.

Her fondest memories of childhood were the summers. Being motherless, her father would send her and her sister to ranches owned by her father’s friends, or to spend entire summers at a Hot Springs resort in California owned by an uncle, or with relatives in Chicago (both her father’s and mother’s). She loved telling about the train rides to California and Chicago on the California Zephyr, as her father would board both her and her sister alone for the trips. Those were the days!

With Stain she owned the Royal Dell Café in East Denver. She also worked at the Denver Public Schools book depository library for the schools. On both Stain’s and her retirement they decided to move to Carbondale to be near her daughter and her family. They bought a modest ranch style house across the Crystal from the former BRB Campground (now KOA).

In Carbondale she became friends with almost everyone she met: neighbors, sewing circle ladies, Red Hats and two other lunch groups. She loved to play golf and fish with Stain. She

was always active. Never one to sit still, she worked part time in antique shops in Redstone.

Her grandchildren were the joy of her life. Niko and Mary Ellen write, “There were many times where she would sit with us, telling us how fast time had gone by. Remembering seemingly small moments with family and friends, watching us play when we were young. She reminded us to hold on to those around us and keep track of ‘small’ moments because they are the ones that you keep track of when you grow old.” Matt remembers how welcomed he was to her house, the holiday get-togethers, the great meals when he would drop in unannounced, and how loving both she and Stain were to him.

A most generous lady with a huge heart for everyone, she made many friends and was loved by all. She will leave a big hole in so many lives. We love you, mom, and miss you deeply already.

Services were held Oct. 15 at the Greek Orthodox Assumption Cathedral in Denver. She was buried next to her husband, and the rest of her family at Fairmount Cemetery.