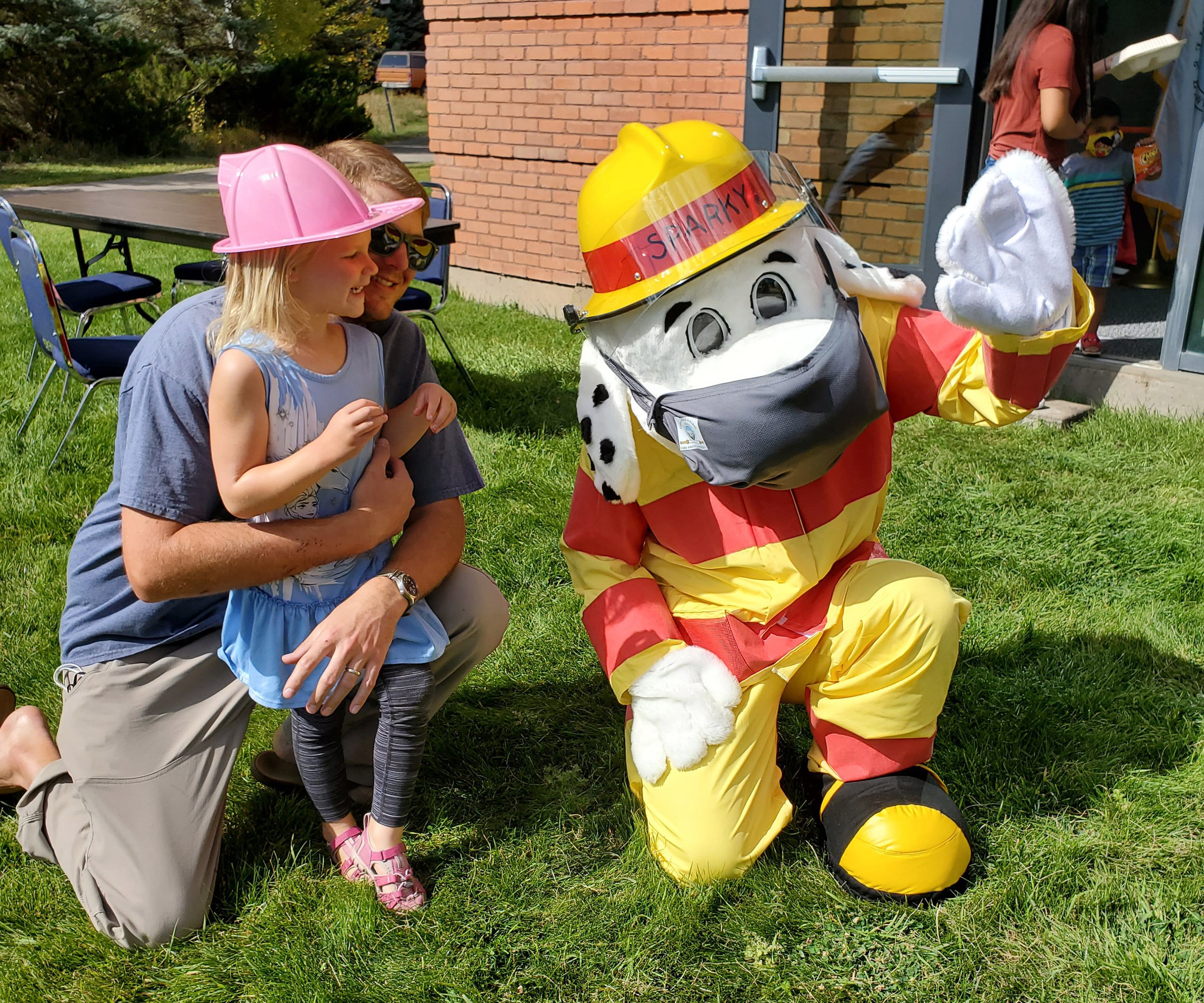 Carbondale Fire held its annual open where adults and kids enjoyed meeting Sparky, the fire dog. Rather than banking on the statewide Gallagher repeal passing, the fire special district is pursuing its own de-brucing measure as a safety net.

It’s a major ballot question that could determine the state’s fiscal future.

Should the Gallagher Amendment to the Colorado constitution, adopted in 1982, be repealed?

The amendment required residential property to comprise no more or less than 45 percent of total statewide valuation.

The Colorado Sun explained the Gallager repeal is Amendment B. Amendments are changes to the Colorado Constitution, and a proposition is a change to state law.
In 1992, the Taxpayer Bill of Rights (TABOR) passed, restricting revenues for all levels of government (state, local and special districts). Under TABOR, state and local governments cannot raise taxes without voter approval and cannot spend excess revenues collected under existing tax rates.

For Mayor Dan Richardson, the repeal is “Something I’ve had my sights on for years. When it passed, residential was a small percentage” of property taxes.

He remarked, “The current structure doesn’t work for commercial property.”

Bill Kane, Basalt mayor, concurred, saying the Town has supported repeal and has written Eagle County commissioners about this.
He noted that keeping Gallagher would impact special districts including the fire department and the library. Commercial properties have carried the burden. and some businesses may have to close.

Carbondale & Rural Fire Protection Chief Rob Goodwin strongly supported the repeal noting in a recent district mailing, “Voters approved a funding level in 2018, but the effects of the Gallagher amendment will reduce that amount over 76 percent, almost negating the revenues that were approved by district voters.”

The budget impact, he explained, could extend response times to emergencies, including medical care and wildfire.

He questioned “Do we want our roads plowed?”
Kathy Chandler-Henry, also an Eagle County commissioner, agreed saying, “It’s a step in the right direction.”

Spearheading the push for repeal is Reeves Brown, project manager of Building a Better Colorado (BBCO) who participated in a recent Basalt Library online meeting concerning Gallagher.
Reeves said, “Under TABOR, the state has returned more than $2 billion to taxpayers rather than using these funds to pay for K-12 education, higher education, transportation, public health service, public safety and other services.”
He explained the history behind Gallagher, “It was the culmination of a property tax revolt that began in Colorado in the late 1970s as a result of Colorado’s robust population growth. It froze the ratio of the total value of non-residential and residential property to 1982 levels so that residential property in Colorado would always constitute approximately 45 percent of the total valuation.”

With repeal, Reeves said, residential property will remain assessed at the current 7.5 percent level, and non-residential will stay at 29.5 percent. The only changes will be from the taxation area’s mill levy increase or decrease.
National Federation of Independent Business head Tony Gagliardi said keeping Gallagher will cause bankruptcies. “With everything going on in the world, Gallagher will be the end of a lot of small businesses,” Gagliardi said. “There’s just no doubt: if it’s not repealed, we lose more shops, restaurants and small businesses.”

In a September op-ed in the Denver Post in September, columnist Hank Brown stated, “Gallagher is a sledgehammer on small businesses, forcing 20 percent of Colorado’s property owners to pay 55 percent of Colorado’s property taxes. It imposes higher taxes on small businesses and ranchers, and it is squeezing local funding for firefighting and sheriff departments, for local schools and for local safety net services for the developmentally disabled.”
Simply stated (as much as is possible) Gallagher put a halt on what was described as uncontrolled residential property tax increases.

But not everyone is in favor of repeal.

In the same Denver Post edition, a guest commentary by Kim Ransom and Dickey Lee Hullinghorst, countered that repeal is an “all-or-nothing” statewide proposition raising residential property taxes on both property owners and renters.
Kim Ransom is a Republican Colorado state representative in House District 44. Dickey Lee Hullinghorst is a Democrat who was a Colorado state legislator and Speaker of the Colorado House of Representatives.

However John Martin, Garfield County commissioner stated, “Gallager served its purpose. Now the repeal freezes non-residential and residential assessments. I think it is the right step.”