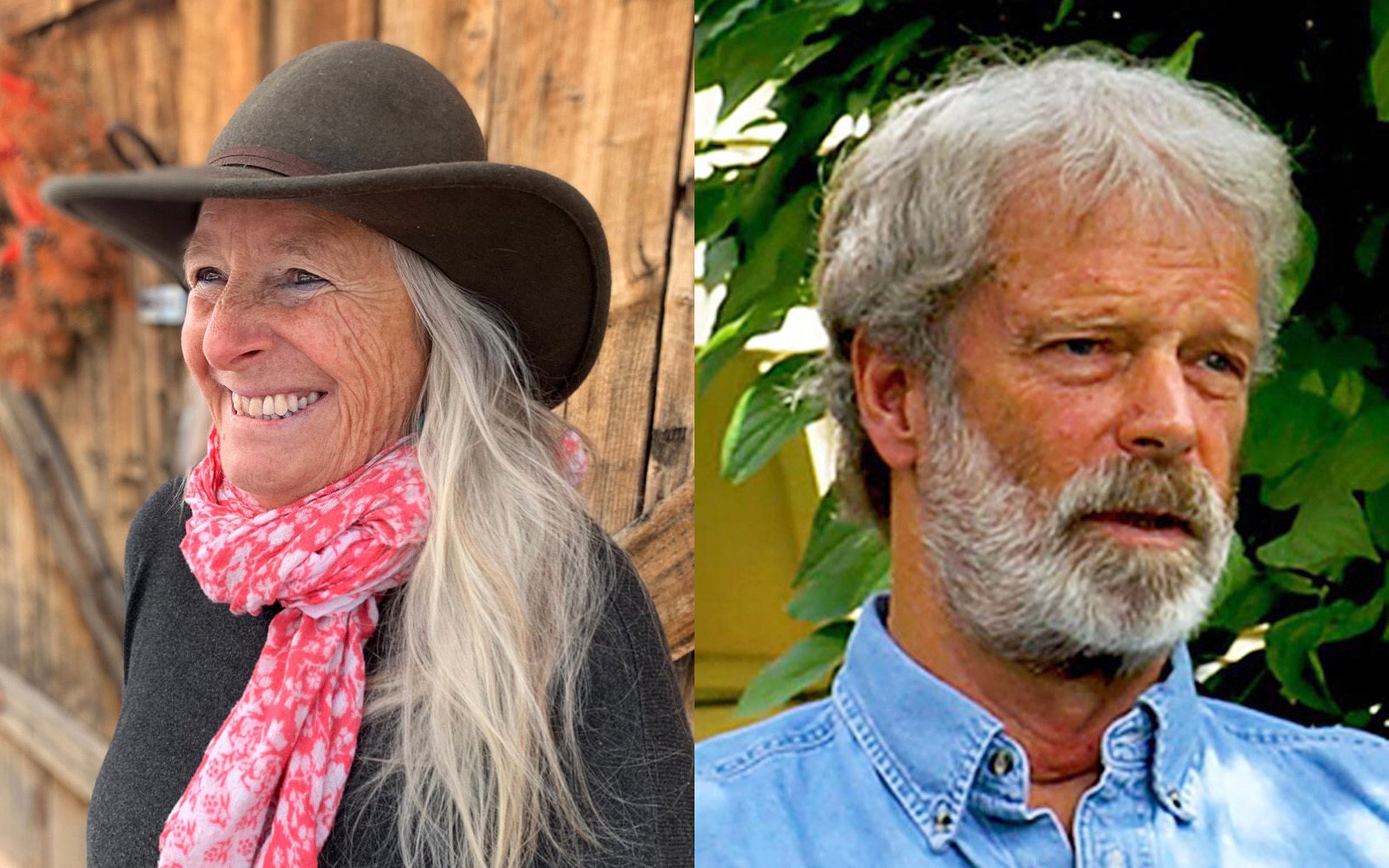 Local candidates are picking up the pace on the old campaign trail. Pitkin County Voters will decide on a new commissioner for District 5, which includes much of the Crystal Valley as well as parts of Basalt and the Fryingpan. The race is between two contenders with broad views on what’s best for the region.

Jeffrey Evans (Unaffiliated) was born in, “The Mojave desert in California,” and his family, “Moved to the coast when I was twelve,” Evans stated. That changed however and he’s been, as he puts it, “In the mountains by my own initiative since 1970.”

In 1995 Evans built a home in Swiss Village along Highway 133 and lived there until 2003. “I still miss my view of Elephant Mountain,” he said.

Evans is concerned what a bad snow year could mean for Pitkin County as a whole. “The economic impact of the pandemic will seem like a block party compared to a low or no snow year,” he lamented, “We are going to have to make some really hard choices if things don’t change soon.”

As for the Crystal Valley in particular, Evans had a one word response for his top concern: water. Evans recently told the Roaring Fork Conservancy that he believes, “Constituents do not want the Crystal to run dry, or see a dam on the river, but do want water to reliably flow from their plumbing,” and summed up, “I will support solutions which achieve those goals.”

First, he would, “start with the recommendations in the Crystal River Management Plan [April 2016], and follow developments in the new Crystal River Basin Augmentation Study.”

Then, Evans believes that various methods could be explored to best conserve water in the Crystal River Valley and maintain an adequate runoff through the summer. He stated that people should, “Stop worrying about knee-jerk negative reactions and open up to wild-eyed suggestions,” which could include snowpack (or water) storage options and cloud seeding. “I have not been able to find anyone who knows how much public resistance there is to small water storage reservoirs on the tributaries,” he stated.

When it comes to people gathering in large numbers in areas such as the Penny Hot Springs amid COVID-19, Evans said, “Grown-ups need to make their own decisions about the risks they take — so long as they aren’t involving anyone other than those who made the same decision,” and further surmised that, “Outdoor transmission risks are very low, regardless.”

Francie Jacober (Democrat)  was born in Boston, MA but grew up in Cincinnati, OH. “I came to the University of Colorado when I was 18, and I’ve been here ever since,” she stated. After college Jacober lived on a sheep ranch in southern Colorado where she began to raise a family. In the early 90s she and her family moved to the Carbondale area and Jacober has lived at the base of the Crystal Valley, “For a long time.”

Jacober’s top priority “Is how to balance our incredibly beautiful rural nature with development.” She noted how COVID-19 has only increased the pressure. “We’re definitely seeing an influx of people which has accelerated development,” she stated and residents, “Are worried about how we are going to have any kind of control over growth.”

She would like to see developers give back to the community before their proposals are approved. This could include affordable housing measures for people who already live in the area, “Possibly with annexed child care,” she stated. On top of that she’d like to see new developments be sustainable and meet, “Specifications to reduce their carbon footprint.”

Jacober, like Evans, recognizes the vulnerability of the water flow from the Crystal River although from a different vantage point. She is a new board member of the Crystal Valley Environmental Protection Agency (CVEPA)  which supports the natural preservation of the Crystal River and seeks to prevent diversion or daming of its waters.

For that reason Jacober circled back stating, “We just don’t have enough water in the aquifer or river to support a whole lot more development.”

“At this end of the Valley we don’t have an outside mask ordinance and I’m okay with that” Jacober said in regard to COVID-19, but “I definitely think it’s something we’re going to have to stay on top of until it ameliorates and we don’t have so many cases on a daily basis.”