Weigh in on Eighth Street plan 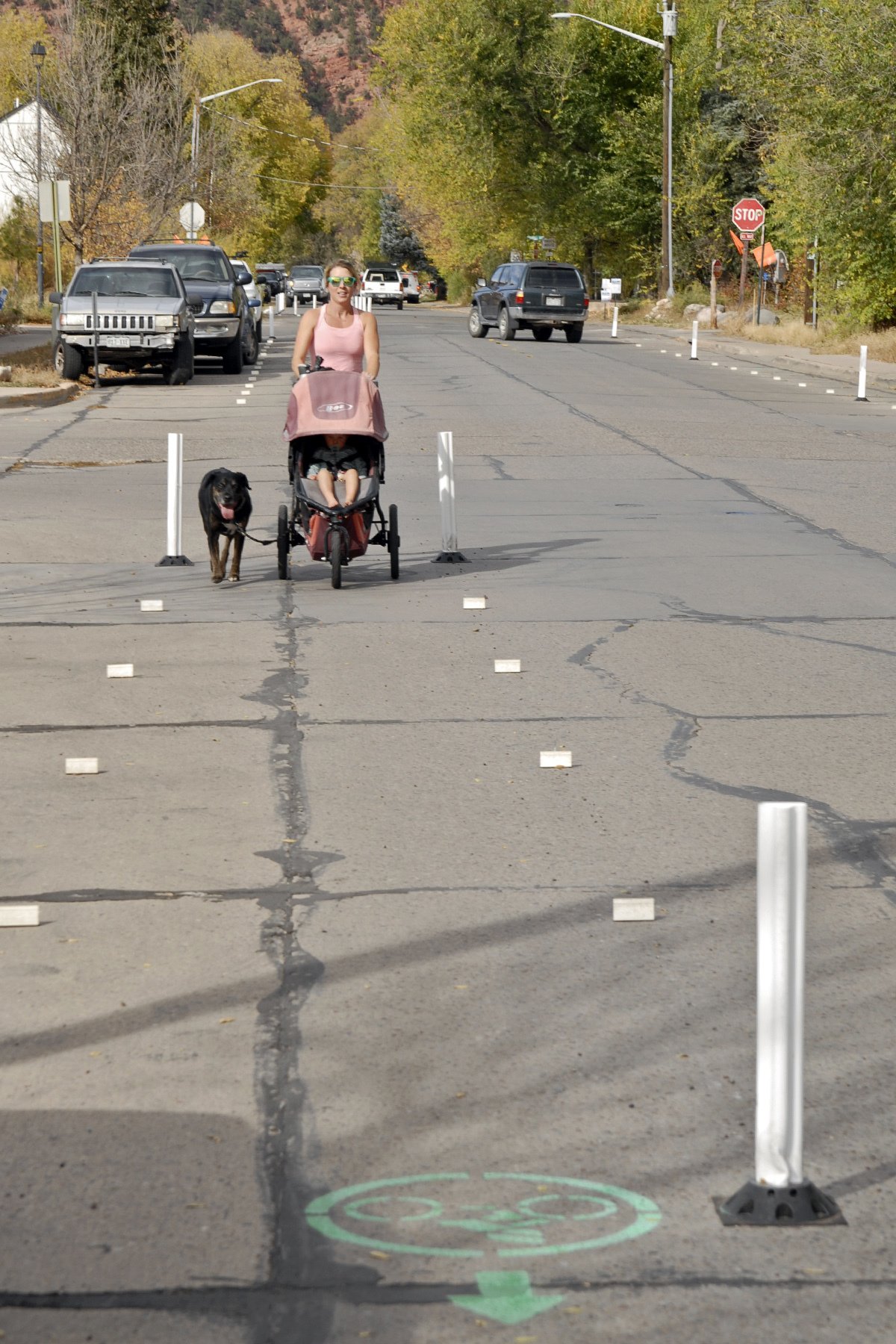 The Town of Carbondale is looking for a little help from its residents to figure out how best to improve one of the major arterial streets leading traffic from Main Street toward Highway 133, and the time to get involved is now.

For many years, Carbondale’s Eighth Street corridor, between Main Street and Village Road (really, all the way north to Highway 133), has troubled city officials, planners and local senior-citizen advocacy groups. That’s because that stretch of the street never has met the standards that some say are critical to the mobility of senior citizens and others with mobility challenges.

Now, the Town government is determined to do something about Eighth Street, and it wants public help to ensure that whatever is done, it passes muster with a majority of residents.

For several weeks, motorists and others traveling along Eighth Street may have noticed that the traffic lanes feel a little narrower, that parking has temporarily been prohibited on the east side of the street (the side toward Basalt, for directionally challenged readers) and that there are two pedestrian/bicycling lanes marked off on either side of the street to make a traveling space for bicyclists, joggers, skateboarders and other users, leaving the sidewalks themselves for the use of plain old pedestrians.

Known as the “Eighth Street Demonstration Project,” the arrangement grew out of work done by the town’s Bike/Pedestrian/Trails Commission (BPTC) and a local, independent organization known as the Carbondale Age Friendly Community Initiative (CAFCI) that is connected to similar organizations around Colorado and the U.S.

The work also is due, in part, to a couple of attempted sexual assaults committed in 2016 on the north side of town, which drew public attention to the poor street lighting and the equally inadequate non motorized-travel amenities in that area. Subsequent town meetings and public agitation lead to the establishment of a map of “priority routes” around Carbondale, including Eighth Street and other streets that could use some upgrades and improvements to make them safer and more user-friendly.

Niki Delson, a member of the BPTC and of CAFCI, pointed out this week that the talk of what to do with Eighth Street goes back a long way.

“I’ve been on the BPTC since 2016,” Delson said. “And I know that the issues of Eighth Street, if you go into Town records, are always talked about going back many years, well before I got on the commission. And it’s something that’s always gotten kicked down the road.”

But that, she acknowledged happily, has changed over the past couple of years, as the commission and CAFCI, along with a consultant hired by the town (Alta Planning & Design, a national company), have put together the demonstration project and certain supporting efforts to go with it.

Among other things, there is a web page dedicated to three suggested “options” for making changes to Eighth Street (go to the town’s website, www.carbondalegov.org and click on the “Eighth Street Corridor Options” button to get to the carbondale.alta.planning site and read about the project).

The page also has provision for citizen comments, and the town will be accepting those comments until around the end of October, according to Public Works Director Kevin Schorzman.

“The reason we went with the demonstration project is to try to get the public engaged while we’re still doing the planning” on how to improve Eighth Street for all users, Schorzman said.

In the coming weeks, comments from the planning web page and other sources, including from public meetings of the BPTC (a final BPTC public hearing is scheduled for Nov. 2), will be gathered together and analyzed to craft the next step in the process — a new set of options to be presented to the BPTC for further work.

Schorzman estimated that the BPTC likely will take “maybe a couple of meetings” to go through the data and come up with a recommendation to the town’s Board of Trustees, which could receive that report in the first months of 2021.

Then it will be up to the trustees to hold hearings, crunch data and come up with its own idea of what should be done to make Eighth Street more usable to bicyclists, pedestrians, joggers and anyone else.

“Take the Power Back” Divestment Film and Discussion