Will love or hate be victorious in TRTC’s ‘Annapurna’? 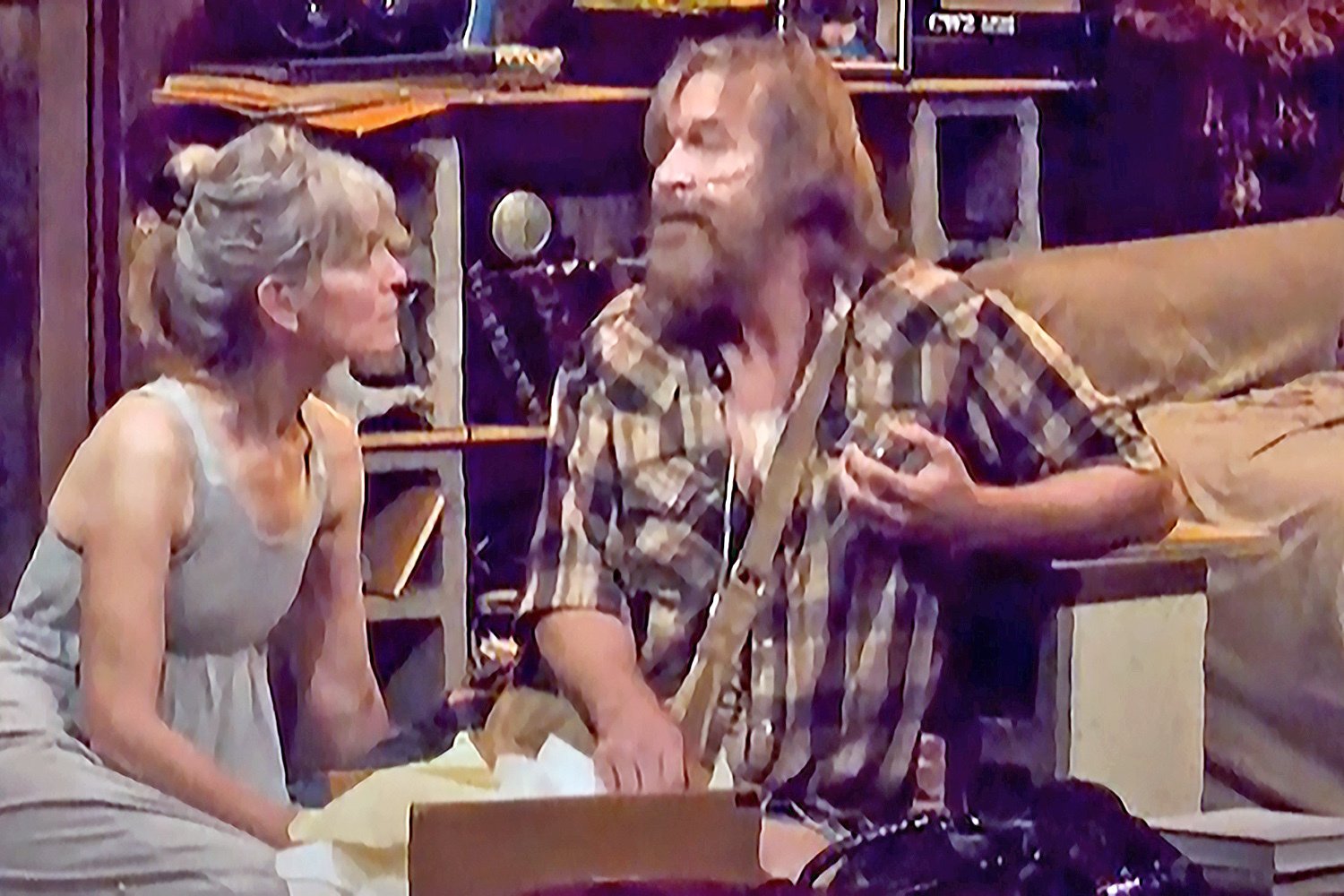 This riveting play will capture your attention and draw you in from the get go. So, take a deep breath and plunge on into this fascinating saga of a marriage gone terribly wrong.

The pre-recorded play is being streamed online from Oct. 16 through 24 with tickets required. Go to thunderrivertheatre.com for details.

Annapurna, located in Nepal, is a 26,246 foot mountain that ranks as one of the world’s most dangerous because of its unpredictable and often deadly climate.
According to the National Aeronautics and Space Administration (NASA) Earth Observatory website, only 191 climbers have successfully submitted the mountain since 2012. Annapurna  has had a mortality rate of 32 percent; no other mountain is crueler.

And it’s set just over McClure Pass in a run down trailer park in Paonia. Go figure, but does that make the local viewer feel more connected?

Husband and wife actors from Glenwood Springs are the only two people on the stage throughout with stellar performances by Kristin Carlson as Emma, and John Carlson as Ulysses. Kristin has appeared on the TRTC stage in “Quilters,” “An Empty Plate at the Café du Grand Boeuf,” “The Cherry Orchard” and “Lysistrata.” The actor/playwright is currently at work on a new play about the interconnections between feminism, spiritualism and the birth of American psychology.

Jeff has previously acted in more than a dozen TRTC productions and has also performed with Colorado Mountain College’s Sopris Theatre Company.

They play a divorced couple trapped in a roller-coaster type relationship of love and loss who take a perilous journey back and forth. The unseen party in this drama is Sammy, son of Emma and Ulysses. He’s out there somewhere, trying to find Ulysses at the same time his mother just shows up on Ulysses’ doorstep in the middle of the night.

“What a mess,” Emma declares as she opens the door, duffel in tow, stuffed with her clothes, and, it turns out, $17,400 in cold hard cash which she stole from her current husband, Peter.

Quite an understatement. The trailer looks like a bomb hit it, or that teenagers have taken over. Piles of dirty laundry, papers, books and trash are strewn everywhere, and Ulysses has no interest in cleaning up the place.

One may wonder why Emma doesn’t wear a hazmat suit.

Ulysses comments, “One man’s trash is another man’s home.”
As a former successful but now downtrodden cowboy poet, he hasn’t published anything in years.

Ulysses’ cupboard, as Emma discovers, is bare. Ants are moving in, but Ulysses claims the insects are just waiting for him to die so he can be their lunch.

Emma is determined to bring a semblance of order to the grungy trailer, so she promptly begins cleaning and also food shopping. She immediately decides to organize the staples on the few available shelves.

But, as the play progresses, the audience slowly learns a bit more about why Emma is on this mission of mercy.
Ulysses keeps asking “Why are you here?” as he stands in the kitchen area, naked except for an apron covering his privates. Emma doesn’t respond.

More of their history comes out. Emma left Ulysses 15 years ago with their son, then age five, in tow. Again, in the middle of the night.

Ulysses recalls at the time, he was afraid they both had been kidnapped. But then Ulysses started sending letters twice a week. However, the letters had been kept hidden by Emma’s mother

“And now, poof, she reappears,” Ulysses cracks, as do the letters.

She resists telling Ulysses the reason she left her two husbands until the latter part of the production.

But now, the threads of domestic violence and addiction begins to unravel, both from the past and mysteries of the present.

The set is made up of many symbolic fragments of their relationship including stinking rotten sausage in the mini fridge, old books filled with crumpled memories and one particularly telling item: The torn and dirty cowboy shirt, which Emma carefully helps him put on, reflects their tattered and torn relationship.
And somewhere, most probably covered up, is the poop of his dog Jennifer. Ulysses readily notes she dumps inside at night.
Throughout the production the audience will watch hate transition to caring with a touch of sexual tension. The love is still there, but will it survive?

Emma was so desperate to find Ulysses she hired a private detective and uncovered disturbing information.

The climax of the play near the end exposes dreadful truths but leads to a sliver of hope for the pair.