A rough return to in-person learning 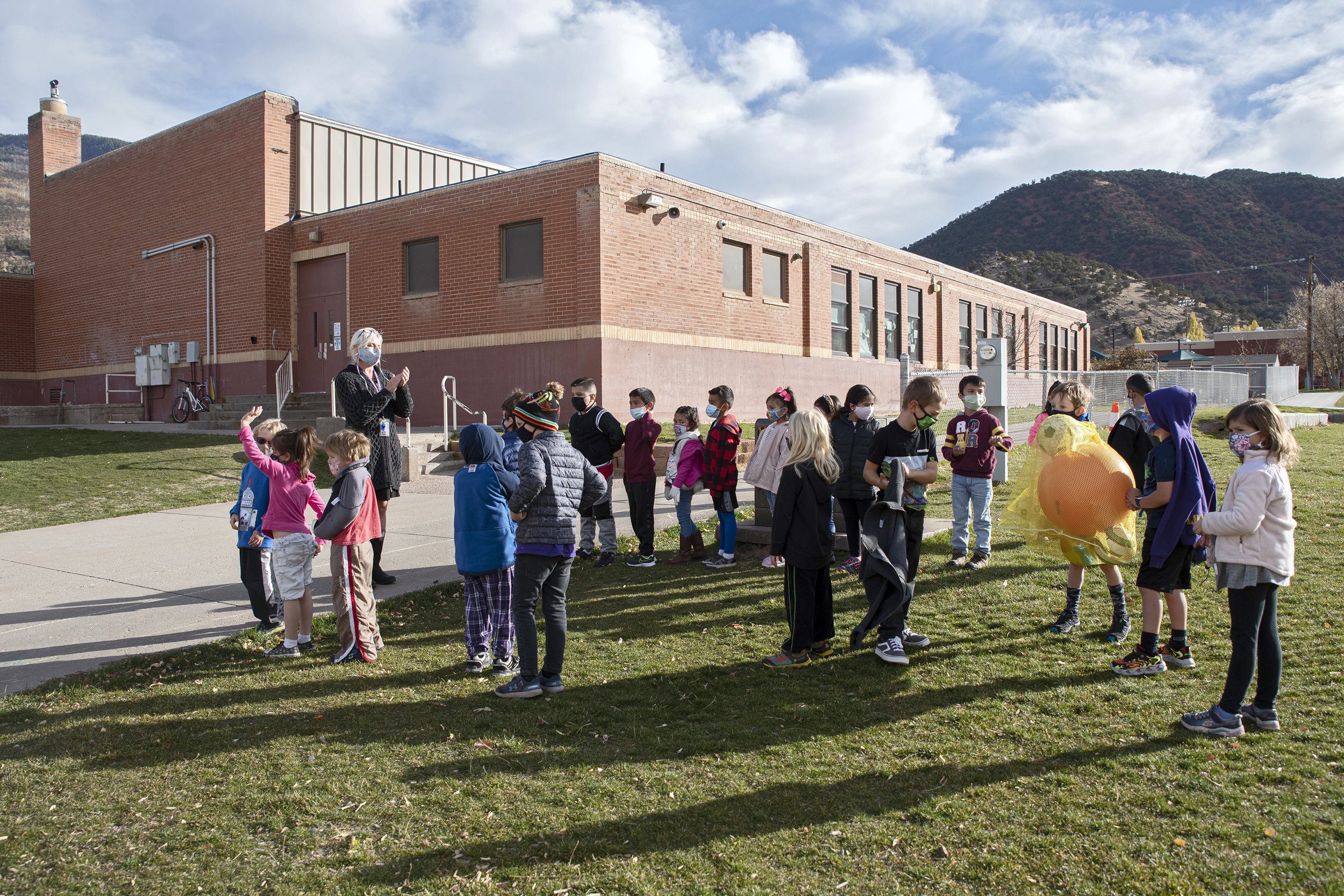 On Oct. 26, Roaring Fork School District (RFSD) fourth through eighth graders stepped out into 11 inches of snow and walked to their school bus stops for the first time since March 13.

The storm that brought several road closures and blackouts throughout Roaring Fork Valley was not the school district’s only hurdle. This first day of in-person learning for fourth-eighth graders comes after a week of record breaking COVID-19 cases that have not spared schools.

After just seven days of in person learning for RFSD K-3 students, 47 students and staff members at Crystal River Elementary School have been told to quarantine and moved to distance learning. RFSD is not the only district having to manage COVID within school buildings. RE-2 had 124 students and multiple staff members under quarantine as of Oct. 25.

The pressure for RFSD to open schools has been mounting for months. On Sept. 9, the district announced that in-person learning for younger students would resume later that month only to have the school board backpedal just days later citing an increase in COVID cases. RFSD changed their metric for reopening schools several times between July and October, causing additional confusion. In mid-September, they indicated that in person learning would be considered for K-8 students when the community entered the state designated cautious or level one risk zone for COVID-19 spread.

At this level, the two week incident rate needs to be between 0 and 75 cases per 100,000 people. The district looked at data from Pitkin, Garfield and Eagle Counties, but never reached acceptable levels for long enough to open schools in September.

An  open letter signed by 20 Roaring Fork Valley pediatricians in October urged RFSD to open schools and warned of the devastating mental health consequences for students if schools remained closed, and the district began opening with the youngest students last week.

A late October start poses some challenges. Both locally and nationally, cases are higher now than they have ever been since the start of the school year and students have already been out of classrooms for nearly seven months.

One of the unique challenges the RFSD faced was that its borders cross into four counties. With state analysis of risk levels unavailable in July when the district first announced their reopening plan, they relied on metrics provided by each county; Garfield, Pitkin, Eagle and even Gunnison.

In September, they began using the state metrics instead of the county to analyze the data, but levels still remained too high to consider reopening schools under each of the district’s plans. Since then, all clear cut guidelines for when and if schools should move to a distance learning model have been removed from in-person learning plans. “Because the state Covid dial only presents a partial picture of the current risk level in our communities, we are working closely with public health and local medical experts to determine when the level of risk warrants a transition back to distance learning,” says Roaring Fork School District Public Information Officer Kelsy Been.

On Oct. 27, Garfield County reported a two week cumulative incidence rate of 221 per 100,000 people. This puts the county at ‘safer level 3’. If the rate raises to above 350 the county will be moved into the highest level of risk, ‘stay at home,’ for this particular metric.

There are currently no plans to modify the district’s procedures should cases continue to rise.

“If full-time learning is no longer safe we will have to evaluate at that time,” Been said.

She added that the district is already implementing the state’s most conservative recommendations so no changes would need to be implemented between the state’s “safer level 1” and “safer level 2” risk metrics for example. Those recommendations including mask usage, social distancing, and dividing students into groups of learning cohorts, will be in place for the foreseeable future.

In person learning is scheduled to resume for high school students on Nov. 4.