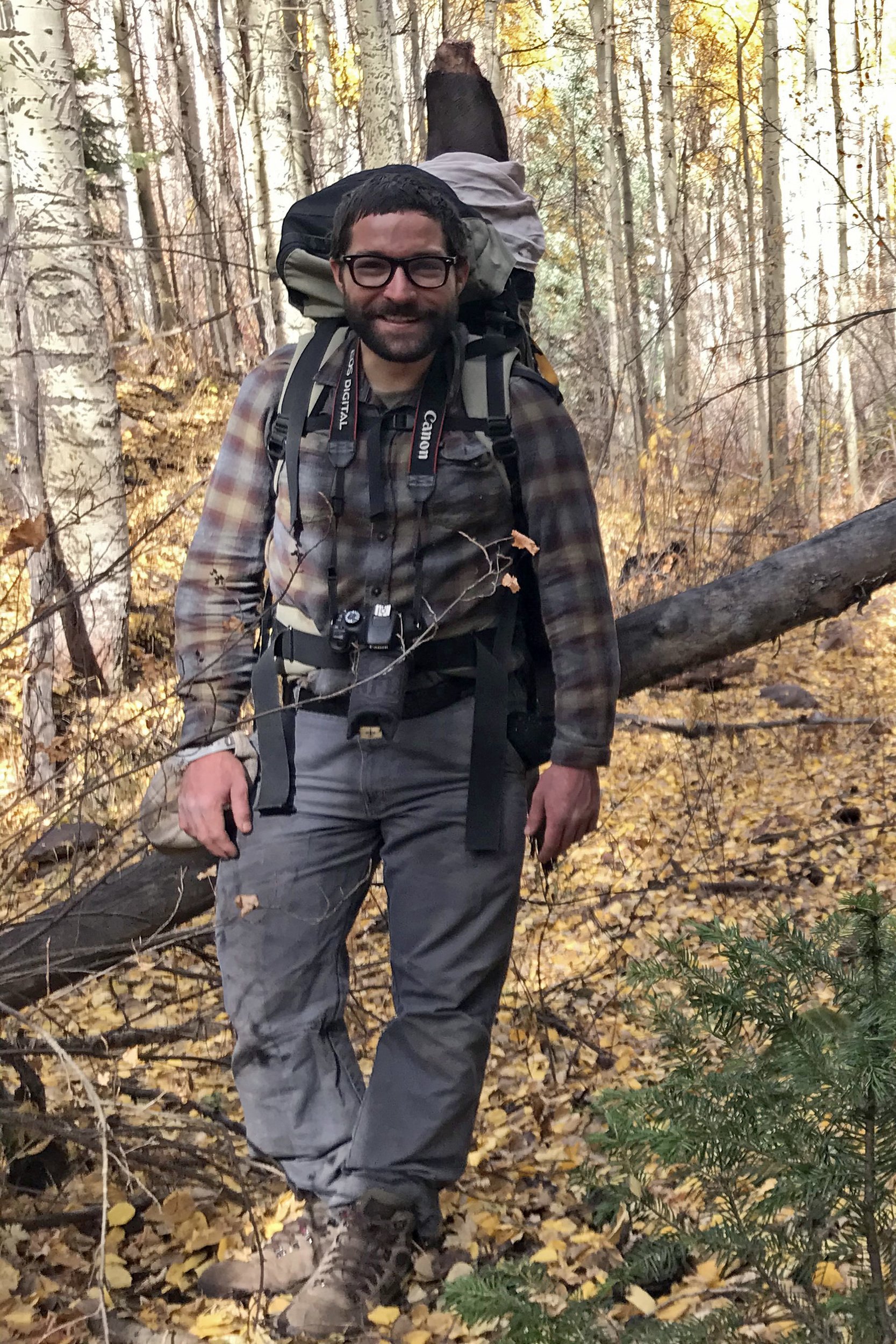 In the late evening of Oct. 14 my neighbor, Ridge Hackett, turned up at the front door to my cabin. First, I noticed his wide grin visible in the dim porchlight and then a large zip-lock baggie of fresh meat he held up dangling next to his smile. It was the backstrap — the best part they say — from a towering bull elk he and his friend had mercifully brought to life’s end.

Merciful? Well, I was offered a new point of view in that regard. This bull had lived a long life and had been in several tussles in his time, which later was made apparent to me from the multiple gashes where points on his antlers once were.

Had he grown old in the wild and say broken a leg, his suffering would have been more intense and prolonged. This made me consider my elders who tell me that growing old is painful even within the comforts of modern society; the thought of being helpless and alone in the wild gave me a new perspective on hunting — at least for older game.

Hackett and his pal had been hunting for four days in the high country and had reached a point where they were ready to give up. They quipped with one another, “Wouldn’t it be a pain if we actually got something at this point?” And that’s when they saw him. It took two consecutive shots to bring the animal down.

They quartered the body, removed it’s head, loaded up what meat they could in their packs and stored the rest under an overhang on a steep hillside nearby. It couldn’t be left there for long and that’s where I came in.

Thereupon in a hunter’s journey they may call on their friends to help pack out the rest of their kill. Hackett called several of his buddies but alas I was the only one available on such short notice. He warned me, “This will be the hardest thing you’ve done all year,” which made me wonder if he’d presented the proposal in the same way to his other friends. Still, I agreed.

He told me to bring my biggest camping backpack with as few supplies as possible going in as there would be plenty to load up and take out. I pulled my Kelty backpack out of storage, filled up a couple nalgenes, grabbed a couple snacks, my first aid kit and that was it. It felt like an empty pack — which was counterintuitive to my mountaineering instincts but clearly logical.

The hike in was steep and the trail only reached part way and the rest of the climb was through a draw riddled with loose timber and rock where every movement had to be taken with caution. I imagined how it would be on the way down with what was sure to be a lot of weight on my back.

Finally, we reached a butte, a good place to take a rest  and looked down at the view that had been at our backs. My friend offered me a piece of cooked steak — part of the elk we were going to retrieve. The meat was tough and we ate with our hands. It seemed primal to rip away shreds with my teeth and yet I acknowledged each bite with gratitude — a connection that had never been made quite so clear to me.

We reached the top of the ridge and began a descent into the next basin. We hit the valley’s floor and walked the corridor toward its apex. It was densely wooded with glowing yellow aspen tree leaves. There was no chance of seeing another human being — a rarity even in nature today.

Just before the pinnacle of the valley the woods opened up into a field of fallen timber strewed over one another. It was difficult to navigate a feasible path through the sea of logs but my guide, having been there the day before, led the way and pointed out a bed of matted grass where the elk likely slept.

The closer we got to the vertex of the valley the more serene the environment became. A waterfall still trickled down from the cliffs above into a stream the elk undoubtedly drank from. Moss blanketed the red rock on each side of the water flow.

According to Hackett the animal could have spent quite a bit of time there and perhaps frequented most years after mating season. It seemed like a great spot to vacation for an old bull.

We reached the overhang where the remaining quarters were stored. Hacket hauled the legs to a rock where I held each steady as he cut through its knee joints to make storing them in our packs more feasible.

Once packed up, we turned and traced our steps home albeit much more slowly. That night, I had the backstrap for dinner and for the first time in my life felt like I had earned a carnivorous meal and perhaps even a piece of the animal’s postmortal respect.