Mitsch Bush and Boebert don’t agree on much 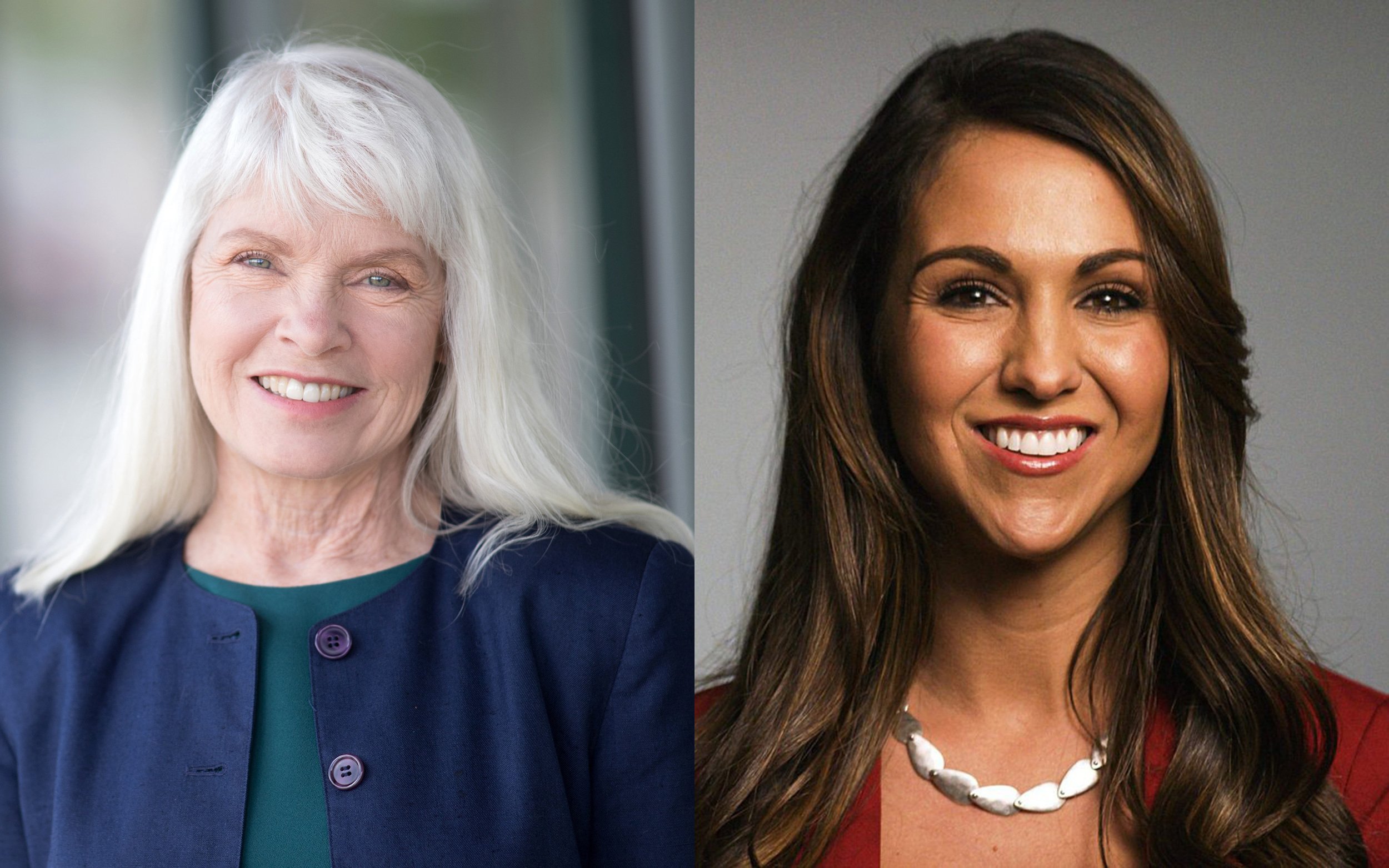 The race for Colorado’s 3rd Congressional District has drawn the nation’s eye. Lauren Boebert unseated incumbent Scott Tipton in the Republican primary and now faces off with Democrat Diane Mitsch Bush. Let’s take a look at what the candidates think is best for the country, the district and the Roaring Fork Valley.

Diane Mitsch Bush was born in St. Paul, MN and is proud to say that she grew up with a single mother and a public school education. “I moved here [Colorado] full time on Halloween of 1976,” she laughed.

Mitsch Bush recalled working as a County Commissioner in Routt County and later as a state representative — representing constituents from both Routt and Eagle counties. “I worked a lot with the commissioners in Pitkin and Garfield on issues around affordable housing, transportation, water and public lands,” she stated. She prides herself on working bipartisanly to, “Get things done.”

Her agenda is based on what her potential constituents from all, “29 counties in CD-3 have told me again and again what their priorities are.” Those three main concerns being: cost of healthcare, making a living wage and protecting public lands.

When it comes to healthcare, she would work to, “protect and strengthen the Affordable Care Act (ACA),” and would like to see funding for, “rural health clinics like Mountain Family Health in the Roaring Fork Valley.”

As for the economy she’d like to start by investing in infrastructure including: broadband, transportation, the electric grid and water. “This will create good local jobs now,” she stated.

Mitsch Bush strongly  supports the Colorado Outdoor Recreation and Economy (CORE) Act. In part the bill would prevent further oil permits from being issued on The Thompson Divide. “The CORE Act came out of a decade of stakeholder meetings in seven Western Slope counties,” Mitsch Bush stated, “It was local and federal officials, ranchers, farmers, small business people, conservationists, and water experts who were in these groups day after day trying to come to a real collaborative consensus.”

She applauded the work of the Thompson Divide Coalition as, “A great example of a stakeholder coalition,” and how, “They worked for over a decade on the principals that became the CORE Act.”

When it comes to immigration reform, she supports bringing back DACA and stated that, “We have Dreamers in the Roaring Fork Valley and all of our valleys that have contributed so much to our communities — they are community members, they are Americans.”

Lauren Boebert was born in Florida but moved to Colorado as a youngster with her family. She was 13 when she made it to Rifle twenty years ago.

While most of her time is spent in and around her hometown, Boebert has spent some time in the mid valley. “I have been campaigning in the area since the early days of the primary election,” she stated, “I’ve met a good number of people from Carbondale and am honored to count them among my supporters.”

Although Boebert is relatively new to politics, in her opinion, “Republicans have a history of compromising with the promise of something to come at a later date from the Democrats,” and, “That day never comes.”

Concerning energy supply Boebert said, “I think diversity of our energy is inevitable but I don’t think that means a wholesale stop on the energy supplies that are making America energy independent and as a result are making us safer around the globe.”

Boebert is also a proponent of exploring a different kind of energy supply. “Nuclear is the cleanest energy that our planet has to offer but far left extremists want nothing to do with it,” she stated.

When it comes to the CORE Act, Boebert takes issue: “I would prefer to see more input from local stakeholders, not just from selected politicians.” Boebert added that she thought it would, “Be more appropriate to be run as a standalone bill, not to be tucked into the National Defense Authorization Act.”

Boebert indicated that she would be open to comprehensive immigration reform, “but that needs to include building the wall, enforcing border security and having both a viable entry and exit system.” She believes that people who immigrated to the US without documentation, and are already here, should, “not have a leg up over those who are standing in line to do it right.”