Our Town: Andy Hackbarth finds his melody in Saguache 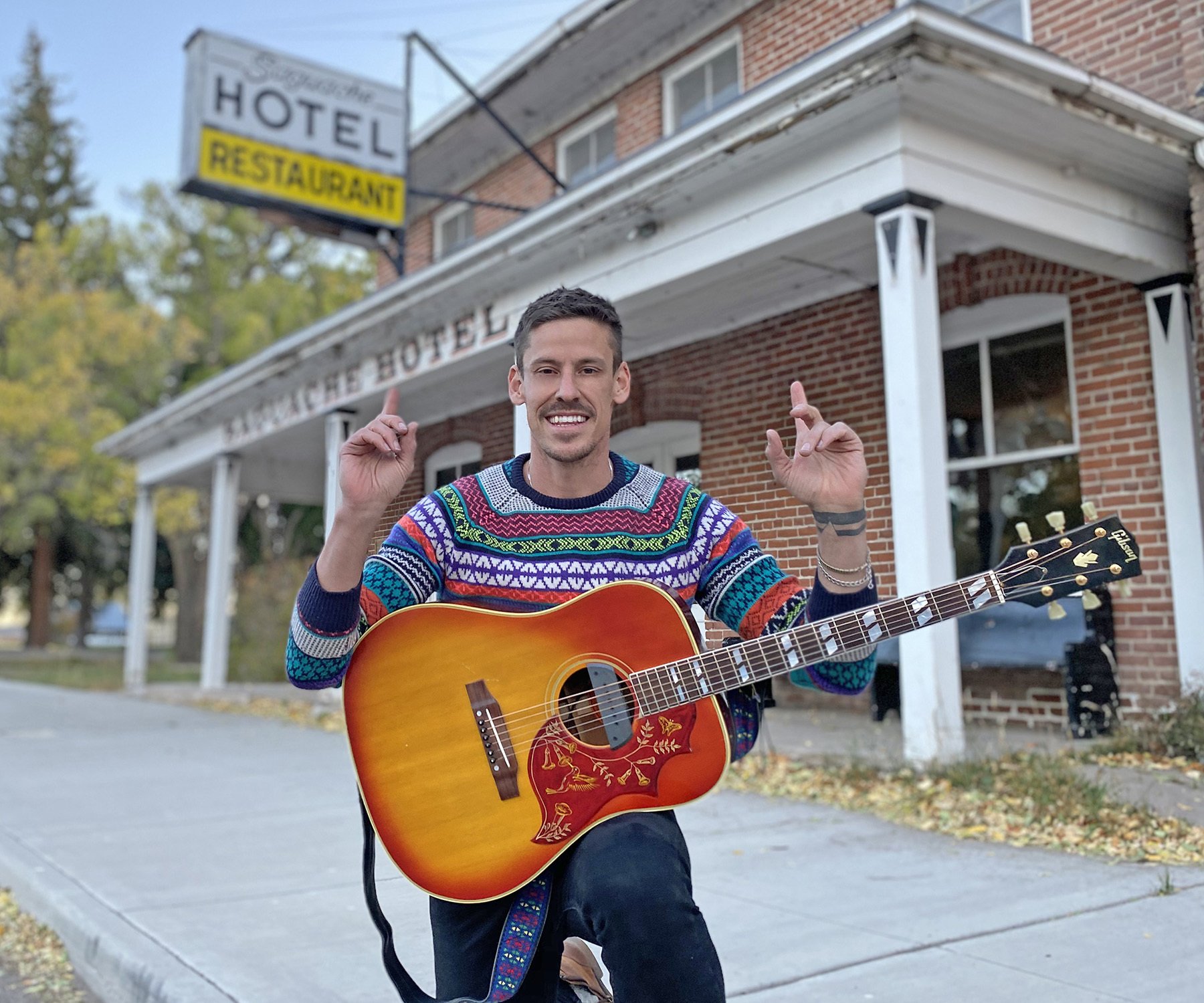 Andy Hackbarth is a Carbondale native who recently bought a historic hotel in Saguache, which he and his father are renovating in hopes of a mid-2021 opening — visit sauachehotel.com for more.

Q: You have such an extensive music background. Care to share a little bit?

A: I started getting into music when I was about 12 years old, and I was really into bluegrass music. I used to hang out at Great Divide Music Store as a kid, and when I was maybe 14 years old I started playing several summers at the Aspen Music School. As time went along I had a band and we played a lot in the valley. We played several times at the Wheeler; John Oates had a songwriting festival that I performed in and I even played at Mountain Fair one year. Carbondale Council on Arts and Humanities actually gave me my first scholarship to the Aspen Music School.

Q: Did you go right into traveling after that?

A: I did the first three years of college at Lawrence University. My junior year I came back in-state to CU Boulder to finish my classical guitar degree. It was at that point that I started touring a little bit. I formed a band and started doing local tours around Colorado — including the valley. I then graduated from CU Boulder, and then decided to go to Nashville to pursue a singing/songwriting career.

Q: What was it like to be immersed in that environment?

A: It’s incredibly competitive — but not cut-throat like New York or L.A. — it was just a very welcoming community. Everybody is sort of a big shot in their own small town and then everybody goes to Nashville and finds out there are really talented musicians there. It’s a very humbling experience, but if you stick it out it makes you so much better.

Q:You did some work on a cruise ship. What was that like?

A: It was the middle of winter, I had no gigs, no money, and my dad asked if I had ever given thought about the cruise ships. I hadn’t thought about it too seriously, but it seemed like the right time. I started off with one contract and then one contract turned into six years. I started off as a singer/songwriter on the ships and then I taught myself to play piano to get the Piano Bar gig which was a late night adults-only do whatever you want show.

I got to travel all over the world: Australia, New Zealand, Asia, South America, the Caribbean. I eventually transitioned into a guest entertainer, which was a headline position. I would meet a ship in port, meet the band, have one 45 minute rehearsal, and then we would do shows that night in the theatre. It was a crazy format!

Q: And in that time you bought a hotel in Saguache! What has that transition been like?

A: I have been in motion for years. It was such an adjustment to be in the same place, to slow down, breathe, and live a somewhat more conventional lifestyle. I think this hotel can encompass all of these things that I am passionate about, and to have a place here that’s centered around music and art. I think is going to be really rewarding. I think the people would love to have a little more entertainment and culture available to them.

The really cool thing about this property is the potential for alternative energy. We’re incorporating a lot of active solar energy as well as passive energy because it is south facing. We really want to be moving toward a sustainable building here, and always asking ourselves how we can make this a really cool place that is also very sustainable that won’t have a huge negative impact on the environment and area?

A: The project was really overwhelming when I was stuck on the ship, and trying to figure out how this will work. Now that I am here and living in the town, and being in the hotel everyday. We’re just making so much progress that I don’t have any doubts or regrets. I’m already to see everything fall into place and it’s going to be a special place.

I want people to feel like they were a part of this. This is a community project, this is not just me. I’m not a rich developer, I’m just a normal dude and I’m going to make this happen because of everybody involved.