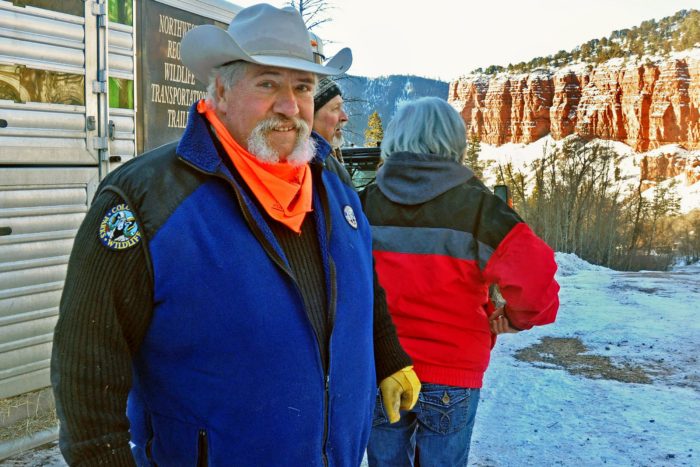 The local races for seats in the Colorado State General Assembly have delivered results in one race and the other is too close to call. KDNK and The Sopris Sun partnered up on election night and had the chance to speak with a couple of these candidates.

Colorado’s House District 57 incumbent Republican Perry Will has secured his seat for another term. This is Will’s first time being elected to office by the people as he was appointed to replace Bob Rankin in 2019. “It won’t change anything for me; I’m over there to represent the people of this district whether I’m appointed or elected,” he stated, “But I am excited about the people choosing to send me over there.”

Will indicated he intends to start with healthcare when the next session commences. This includes the Colorectal Cancer Bill — which would require carriers to provide coverage for colorectal cancer screenings in accordance with American Cancer Society guidelines — which he supports and said will be good for rural Colorado. He would also like to see telehealth expanded.

Will spoke on the subject of an energy transition stating, “Well I think you’d have to have your head buried in the sand if you don’t think we’re moving away from that [non-renewables], because we are.” At the same time he thinks that natural gas is supplying the bulk energy needs and that can not be changed immediately. “You’re not going to run the grid on renewables,” he stated, “I’m not saying we won’t ever get there — because we will — but at the current time that’s not going to happen.”

Will said that many bills from last year were put on the back burner due to COVID-19 and he looks forward to revisiting those again.

“For those who didn’t vote for me I hope I’ll do well and next time they’ll choose to vote for me,” he quipped, “Sometimes philosophically maybe we’re quite a ways apart but I’m always there to listen.”

As of the morning following Super Tuesday, Will’s opponent Democrat Colin Wilhelm received 36.62% of voters in his favor. Wilhelm fought a tough campaign in a district that historically votes Republican and it wasn’t his first rodeo. He contested Bob Rankin for the same seat in 2018. If his tenacity holds up perhaps we’ll see him again in 2022.

Wilhelm was not available for comment for this article but did post a statement on his campaign’s Facebook page which read in part, “Today we move forward,” and went on, “We will continue to push for those issues that we believe need to be addressed and will continue to work to make the Western Slope a thriving community for all.”

Colorado Senate District 8’s race, like the national election, was up in the air on Wednesday morning. This may not come as a surprise considering the candidates are relatively moderate on party issues.

The Sopris Sun caught up with Rankin, who spoke with us on the condition that we preface that the race is too close to call.

If he does maintain the lead and crosses the finish line Rankin said he’d, “look forward to helping the citizens of Western Colorado go toward the future,” by overcoming the setbacks of 2020. He served as the representative of House District 57 for three terms before being appointed to his seat in the senate this last legislative session.

Rankin would prioritize reducing the cost of healthcare and economic recovery. He also feels passionately about helping rural schools, “Who are not allocated equitable funding relative to Front Range school districts.”  This would mean providing more money to school districts, “But also a more fair distribution to rural schools.”

In regard to public lands, Rankin believes that, “As Western Colorado we have a special responsibility to protect our public lands,” he stated, “I do not advocate selling off public lands and would not propose that.” He would like to see increased access to public lands for locals and our neighbors on the Front Range.

“I represent people whether or not they vote for me and I would continue to reach out and listen to all of my constituents — that’s my job,” Rankin summed up.

Rankin’s opponent, Democrat Karl Hanlon, did not provide a statement when asked to comment.