Waiting for the storm that ends fire season 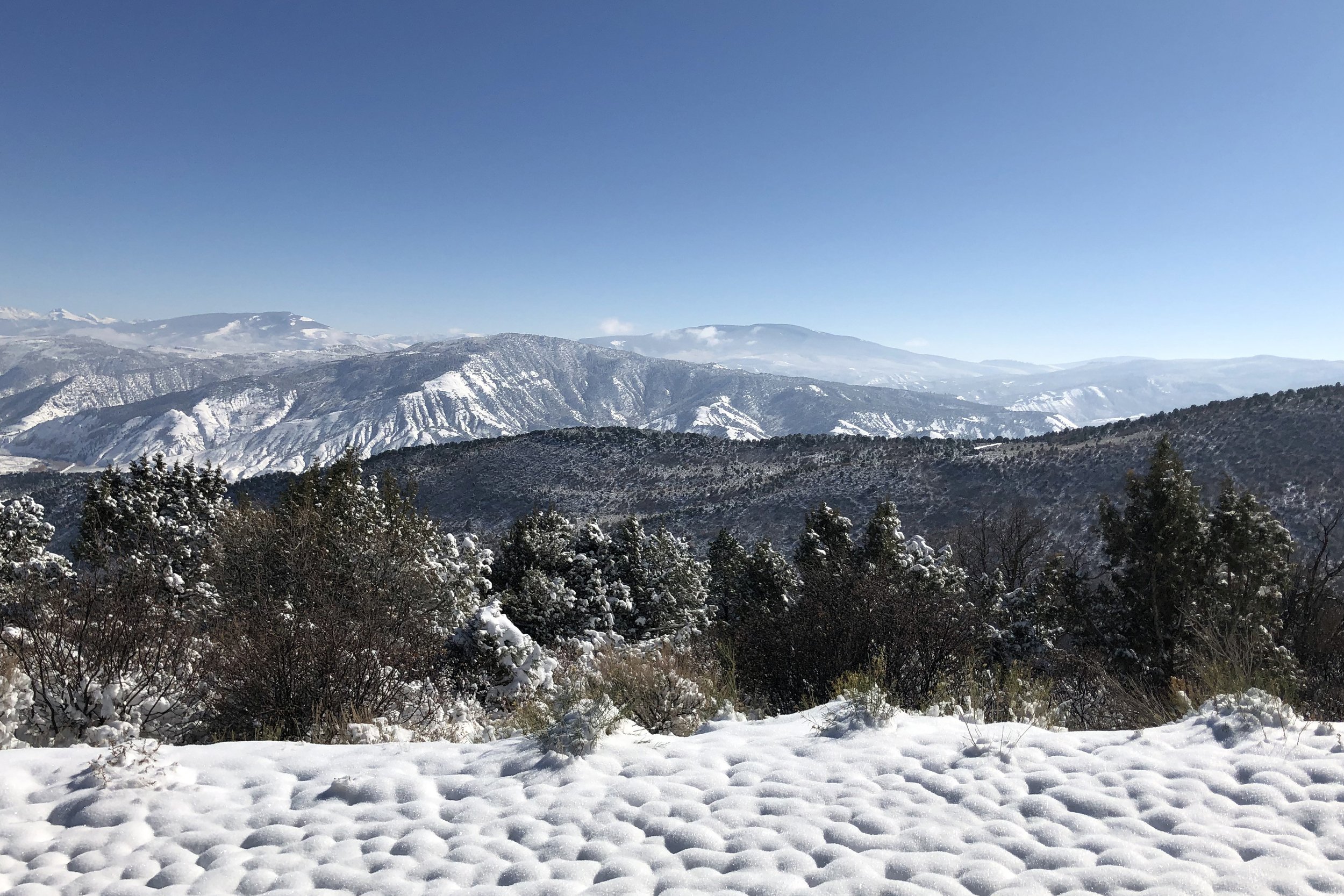 The total burn area is now recorded at 32,641 acres and 91% contained. According to Marcia Gilles, Deputy District Ranger for the Eagle-Holy Cross Ranger District of the White River National Forest, “We were able to use some aerial resources: helicopters, and retardant drops, and things like that to slow growth. And we were just hopeful and waiting for this storm that was anticipated over last weekend to come in and help knock it back. Thank goodness, that’s exactly what happened. We received roughly a foot of snow on the fire, especially in the Flat Tops area.”

But despite last week’s storm, Gilles confirmed that the Grizzly Creek fire is not yet out. Due to the hot and dry weather over the past several days, much of that storm’s snow has melted, and more precipitation is needed to officially end the 2020 fire season in Colorado.

Aerial infrared mapping done on Oct. 28 detected, “heat signatures on top between Grizzly Creek and No Name, as well as in Grizzly Creek proper, mostly on the west side of the drainage, as well as down near the bottom. The remainder of the fire appeared cold… I expect most of the area will be bare ground by early- to mid-next week, with spread potential remaining low through that period.”

The incident team got lucky last week. Despite now being classified as a middle-priority fire, Grizzly Creek got speedy access to air support on Friday, because of an inversion on the front range that prevented flights fighting the Cal-wood and East Troublesome fires for part of that day.

Said BAER Team Leader David Callery in a press release, “The BAER team expects erosion and run-off within much of the Grizzly Creek burned area to increase, especially where soils burned more severely, generally indicated on the map as areas of moderate or high soil burn severity.” Grizzly Creek fire is reported to have had 12 percent of the burn area burned severely, and 43 percent of the burn area burned moderately.

Various agencies are already planning for public safety. Colorado Department of Transportation (CDOT) is expecting an estimated $2.5 million in rockfall fence repair and new rockfall fence construction on the I-70 corridor through Glenwood Canyon, to respond to increased soil instability from the fire.

Additionally, according to Elise Thatcher, NW Colorado Communications Manager for CDOT, “If there is moderate, heavy or extreme rain in Glenwood Canyon over the Grizzly Creek burn scar, it is very likely there will be a debris flow, mudslides or rockfall… If there is a Flash Flood Warning for the Grizzly Creek burn scar, CDOT will close I-70 in Glenwood Canyon from Exit 116 (Glenwood Springs) to 133 (Dotsero). All traffic will be affected and CDOT will immediately evacuate travelers from the canyon.”

The cost to fight and recover from fire is significant. To-date, fighting the Grizzly Creek fire has cost approximately $37 million. The BAER response, actions such as installation of erosion and water run-off control structures, temporary barriers to protect recovering areas, and installation of warning signs, is currently estimated at about $245,000. Initial CDOT roadway repairs to I-70, not including rockfall mitigation, are estimated at $1.4 million.

These costs do not take into account other recovery that may occur under the management of the City of Glenwood, power companies, the Union Pacific Railroad, the Bureau of Land Management, or private landowners. The multi-year restoration of burn areas will also take resources, and the National Forest Foundation has created the White River National Forest Restoration Fund to raise money for these efforts.

In the meantime, Gilles says there’s a lot of work to be done to make sure trails are safe for the public. While trail rehabilitation and warning signage installation has already begun, she says the earliest any of the Glenwood Canyon trails would reopen is in June 2021, after run off.