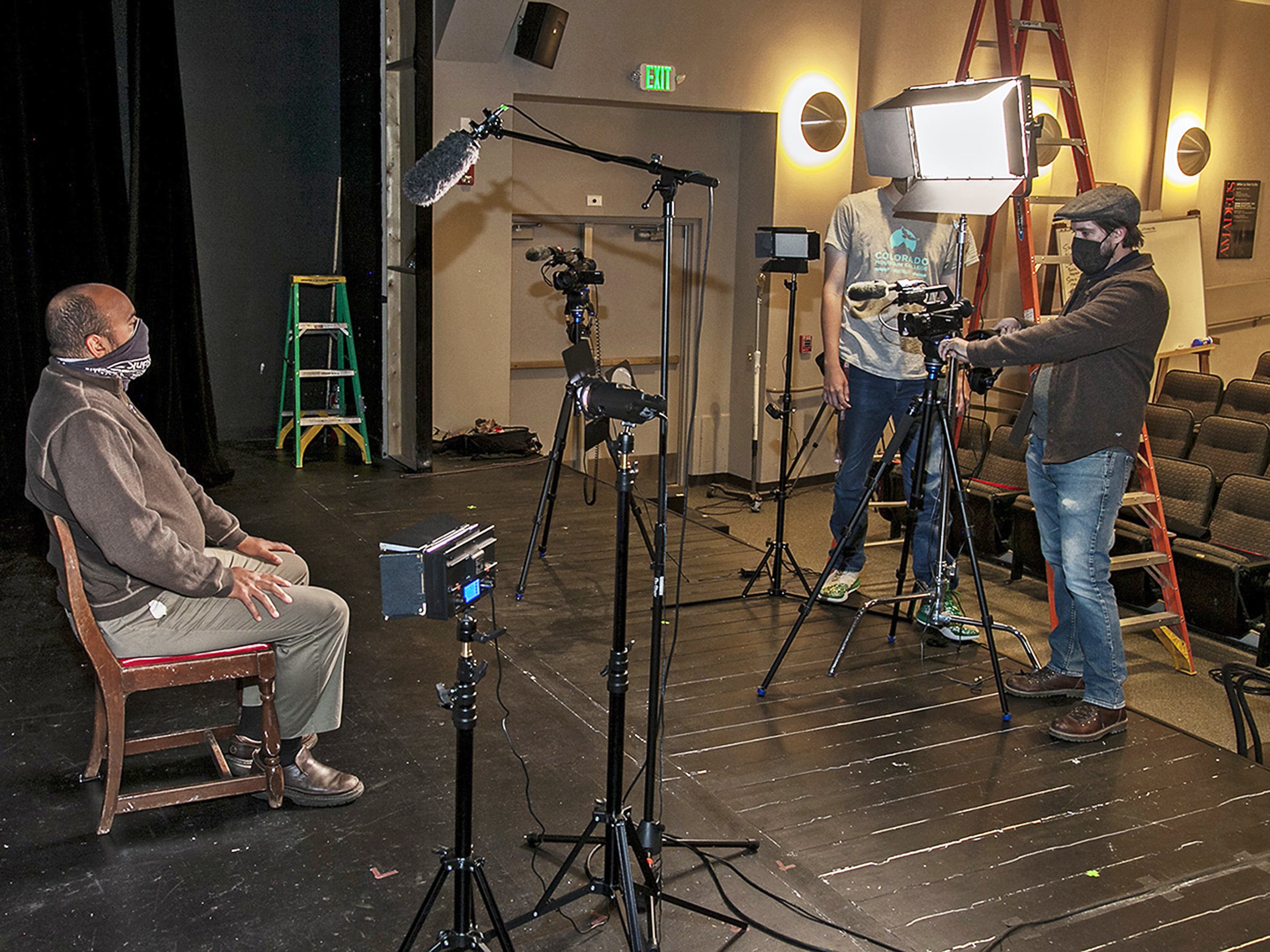 A Glenwood Springs native, Brendan Cochran is a familiar face at CMC’s Sopris Theatre Company — and not just because his dad used to run the place. He’s the director of the current show, streaming Nov. 13, 14 and 15 — visit tinyurl.com/roguesgallerycmc for tickets.

Q: Tell me about growing up theatrically.

A: Theater was kind of ever present in my life. Not just my dad — my mom was an actress as well and my sister was really involved as well. Theater was my playground as a kid. I’d go into the props closet and pull out a fencing sword and play with that for a while. But I didn’t really have a lot of interest as a kid in being on stage. I got involved on the tech side more than anything. But I think the biggest thing that it really did for me is it created a community for me. It was kind of the space we all went to gather to think about life and talk about things.

Q: Did you find yourself drawn toward it in college?

A: Not at all, actually. I kind of had it in my head coming out of high school that I wanted to be a history teacher, but I kind of had an epiphany moment that this is some dense academia — reading dead people’s letters about dead people. I realized anthropology was a bigger draw for me, and that’s what I ended up getting my degree in.

Q: How did you end up back here?

A: My wife — we were dating at the time — finished up her degree. We were both from here and life kind of drew her back to the Valley. I came back with her, didn’t really know exactly what I wanted. I hadn’t touched the theater at all for five years, and this missing chunk of my life kind of came back into play when I got recruited into a production of “Unmarried in America” — a play about a case contesting the legality of gay marriage. It was a really different theater experience from what I had in high school; it just had weight to it. We took it to Carmel, Indiana — a pretty conservative area — and came out with a few awards and it all just sort of clicked for me. It just stood out as the thing that made me feel like I was living fully.

Q: What have you been up to since then?

A I’ve taken on a role on the board of directors for Defiance Community Players, which I’ve been doing for about five years now. I’ve also worked with Thunder River Theatre more than I ever had before. The program at CMC allowed me to be in a situation where I was doing four or five shows a year, which was a pace I’d never really done before. So between those three organizations, primarily, I’ve been keeping up a pretty steady pace.

Q: How has the pandemic impacted things?

A: It has been a game of figuring out what theater is. A lot of the things that we love about it, are gone and can’t really be replaced. There’s this sort of unexplainable exchange of energy that happens between a cast and an audience when they’re sitting in a room together. We could just turn around and make films, but that’s not really what we want to do. There’s this distance between the audience and a lot of stuff that we’re not used to doing as theater makers. With “Rogue’s Gallery,” there were definitely learning curves involved for me, and it’s intentionally designed for theater makers to perform on film.

A: Well, it was written in the last six months and one of the pieces specifically sort of addresses the pandemic. And it’s a series of monologues, which allows actors to be socially distant and not have to interact with each other. It plays into this sort of confessional style that feels like sort of walked into a story that you weren’t expecting.

Q: Will you be in anything else this season?

A: I’m interested in being part of some of what’s coming up at CMC. I don’t know what capacity but acting, designing, you know, it could be anything. I do like the variety. And I’ve actually just signed on to direct a radio play of “A Christmas Carol,” which we’re partnering with the Glenwood Arts Council, and KMTS.

Q: What’re your plans beyond that?

A: I’m kind of recalibrating right now. I’m looking at an MA in theatre studies to kind of bolster the credentials for the MFA or a PhD down the road. It kind of depends on how this next year falls out. Now, more than ever, trying to plan anything more than a few weeks in advance is kind of futile.