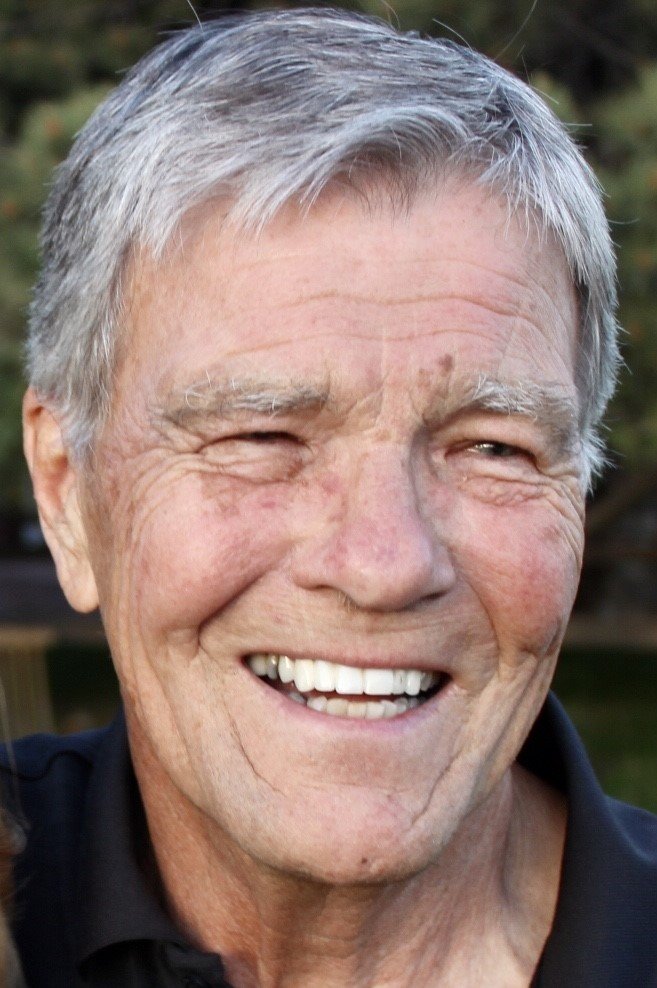 Bill passed away peacefully at home surrounded by his family and wife of 65 years. He was born and raised on the south side of Chicago to Marie (Fry) and William Lamont Sr., an immigrant from Port Glasgow, Scotland.

Bill attended Gage Park High School where he was a three-sport athlete and met the love of his life, Joan Kette. He attended the University of Colorado Boulder on a football scholarship and received a BA in geography in 1956. In 1959, he received his master’s degree in urban planning from the Department of Urban & Regional Planning at the University of Illinois. He was a member of ROTC in college and retired as a captain in the Army Corps of Engineers Reserves.

Joan and Bill were married in 1955 in Chicago and raised their three children in Boulder. Their home was a gathering place, and Bill’s warmth made everyone feel a part of the clan.

Bill was fortunate to pursue his passion for public service and community in a highly successful career in city planning. As the planning director for the city of Boulder from 1967 to 1972, he and the team were the architects of the Boulder Open Space Program, the Pearl Street Mall and several affordable housing neighborhoods.

In 1983, Bill answered Denver Mayor Federico Pena’s call to “Imagine a great city” and Bill, as part of the “Freddy and the Dreamers” team, set in place the rebirth of LoDo, located Coors Field and Elitch Gardens within the city, launched DIA, supported the development of Cherry Creek Mall and adopted neighborhood plans for every neighborhood in the city of Denver. He was an adjunct professor and director of the College of Architecture & Planning at the University of Colorado Denver from 1972 to 1976.

In private practice, Bill worked with rural communities grappling with the boom/bust cycle of resource extraction and reclamation of superfund sites. He became a Fellow of the American Institute of Certified Planners in 2002.

Off the clock, he continued his commitment to making a difference by serving as a high school and small-college football referee throughout Colorado during the 1960s and ’70s. Ever the athlete, he also played softball on team “Nebbish,” which won the Boulder city championship in 1973.

Upon retirement, Bill and Joan moved to Carbondale in 1999 to be closer to their three children and seven grandchildren. There, his passion for community kept him busy. He was elected to the local school board, formed the Garfield County Library District and as a board member, built or renovated six libraries. He ran for town council and initiated a regional housing study to address housing affordability. Bill was awarded the 2019 Pioneer Planner Award by the Colorado Chapter of the American Planning Association.

Participating in the lives of his grandchildren brought him his greatest joy. He coached Little League baseball and attended all the kids’ plays and sporting events. He summited Mt. Sopris six times, toured Europe with Joan on guided bike tours, rode Ride the Rockies twice and hiked the Grand Canyon rim to rim at 80. His most gratifying project was being a Precollegiate mentor to 12 first-generation students, motivating them to pursue higher education. They are all attending college today.

Bill is survived by his wife, Joan; his daughters Leslie (Lance Luckett) and Laurel (Eric Gross); and his son, Will. He is also survived by his former daughter-in-law Jennifer Lamont and seven grandchildren: Lamont and Foster Gross; Lyle and William Luckett; and Grace, Simone and Leah Lamont; and seven nieces and nephews. He was preceded in death by his sister, Lois Martin.

A celebration of Bill’s life will occur when we can gather. In lieu of flowers, the family suggests donations to HomeCare and Hospice of the Valley: hchotv.org or the Roaring Fork PreCollegiate Program: www.rfprecollegiate.com