What happens if the Pitkin County landfill closes? 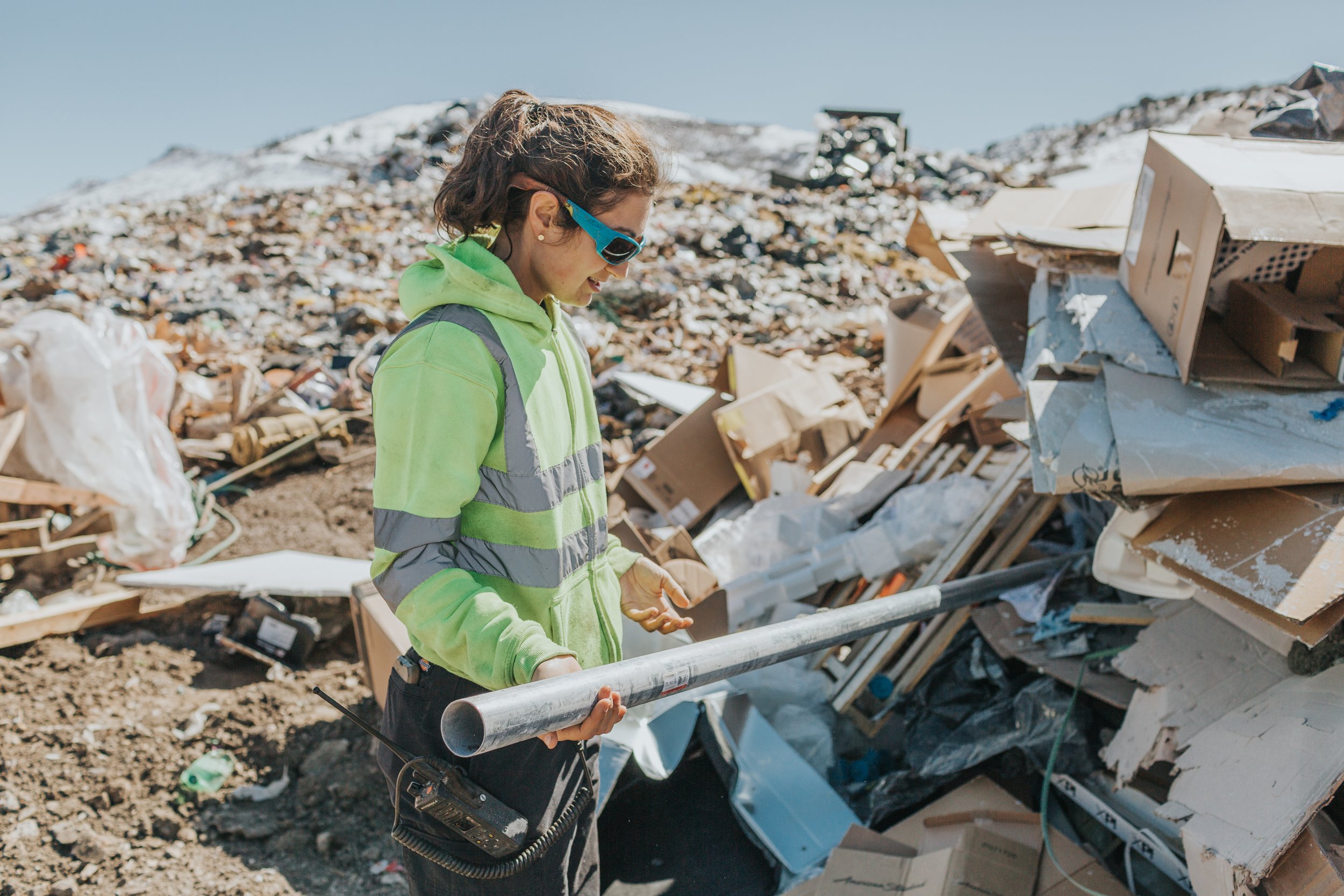 According to Cathy Hall, Solid Waste Manager for Pitkin County, the experience of Jackson Hole provides a good corollary. Their landfill closed and became a transfer station, ultimately doubling their rates. “Just municipal solid waste (MSW), the compactor trash trucks coming in, would go to probably over $100 a ton.”

Town of Carbondale Public Works Director Kevin Schorzman said that a motivator for choosing single hauler trash service was increased waste diversion, through recycling. “That was partially in recognition that the landfills are a limited resource here in this valley and so they wanted to do what they could to extend the life of those [landfills].”

Schorzman believes that being midway between two landfills protects the Town from impacts. “Now it doesn’t mean that if Pitkin County landfill closes that the costs aren’t going to go up at South Canyon or Rifle [landfills], because it’s a supply and demand kind of situation, but I would suspect we would be better off than, say, Aspen would be if all of Aspen’s trash had to be hauled to Glenwood.”

In an interview with Pitkin County’s newly hired Construction and Demolition (C&D) Debris Diversion Specialist, Michael Port, he noted that “over half of what we bury in the landfill is construction related debris. According to a study we did a few years ago, about 35 percent of what we bury in the landfill from construction could be recycled.” Nationally, approximately 35 percent of landfilled waste is C&D material.

While the county launched a new C&D recycling program this fall, it will only apply to unincorporated Pitkin County and to new projects, so the landfill won’t see the full effect of the program for some time. The program features waste tracking technology as well as enforcement and fines.

While some contractors are interested in diverting C&D, common hurdles include: space on job sites for recycling containers, time constraints, and costs of manpower.

In addition to improving C&D diversion for existing recycling streams, Port also hopes to expand the types of materials they can recycle, for example, drywall, a challenge in a state with locally-mined, cheap raw gypsum.

Another way the landfill can save space is by increasing compostable material diverted from the trash. In 2016, Pitkin County landfill did a study that showed 22 percent of MSW could be composted. The compost program has since been expanded, and the landfill hopes to re-audit next year.

While opportunities to divert remain, the lifespan of the Pitkin County landfill remains a concern. A larger expansion being explored could add 40 years, but is less likely to be approved than the smaller expansion currently on the table.

The South Canyon landfill west of Glenwood Springs currently takes in 100-135 tons of trash per day. According to King Lloyd, Landfill Superintendent, “At the current volumes that we’re receiving right now, we have a disposal area that’s permitted that will give us 15 years. But we’ll be going to the county the first of next year with expansion plans that will probably take us out close to 100 years at current levels. Now, if we become a regional landfill, and the [Glenwood Springs] City Council decides to accept trash from a broader area than we do now, then that’s going to change drastically.”

For comparison, the Pitkin County landfill currently takes in approximately 165 tons of trash per day.

If the Pitkin County site fills up, the valley community will need to decide what to do with upper and mid valley waste. Pitkin County landfill could become a transfer station (cost estimated at $8M), accepting material that is then hauled to regional landfills, but maintaining all of its diversion programs like compost, etc. Mountain Waste has a 35 acre property on Catherine Store Road, across from the Carbondale Rodeo grounds, that is permitted for a transfer station; but building a station there would be expensive and may not make sense if Pitkin County ultimately builds a transfer station.

Despite the challenges with C&D debris and its effect on the landfill’s lifespan, just this week Pitkin County announced that it is ranked number one in the state for county landfill diversion, at 38 percent, ahead of Boulder County’s 37 percent and ahead of the state’s average of about 16 percent.