Gas prices are down … but how long will it last? 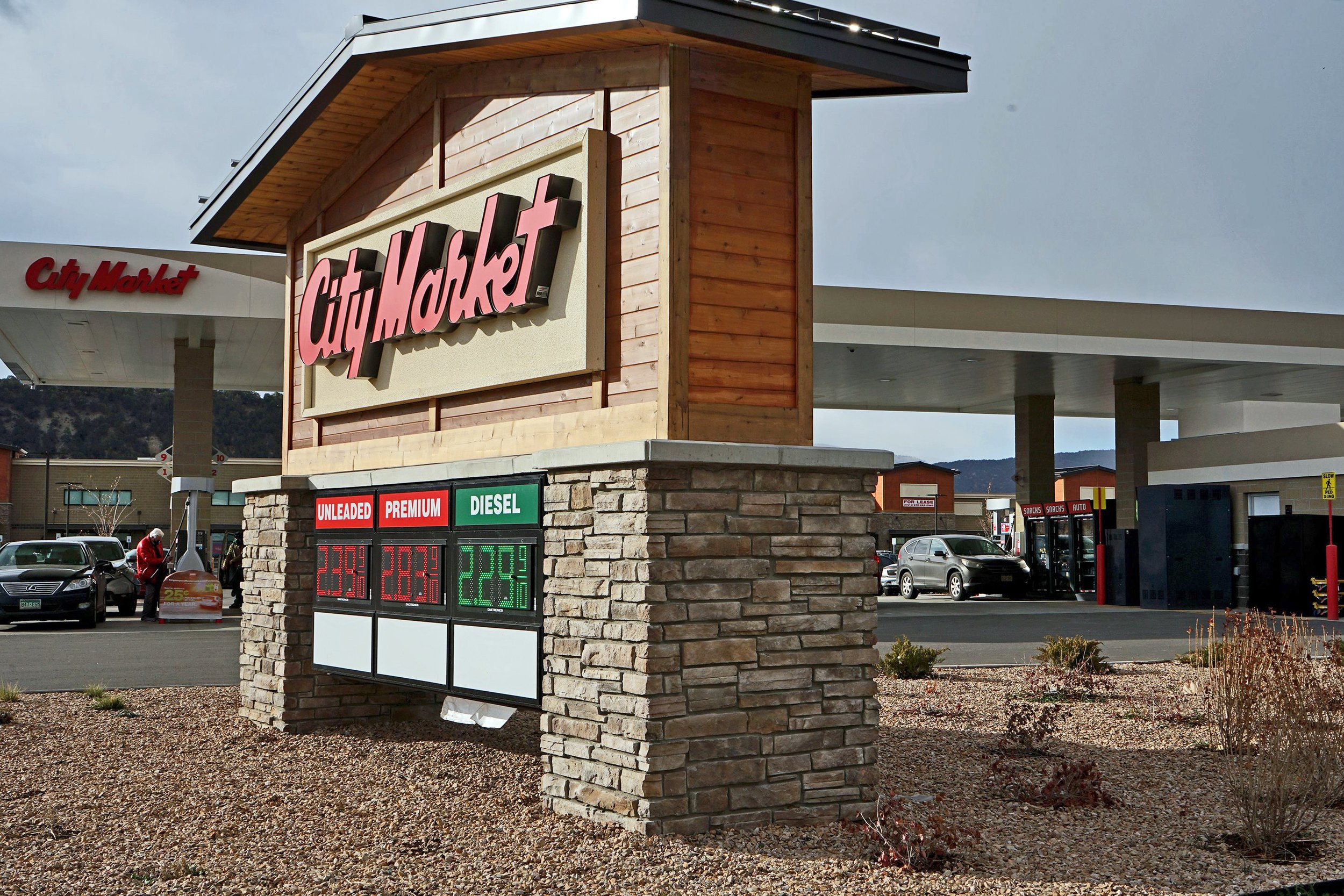 Although Thanksgiving travel via automobile was up this year, fewer people have been driving for work. Couple that with a huge drop in airplane travel and there is less demand for crude oil, which drives down the price of petroleum gasoline. Photo by Trina Ortega

While more Americans have reportedly been filling up their tanks more for road-tripping, camping and van life during the Coronavirus pandemic, the increase in individual automobile gas purchases is not driving up gas prices. In fact, if you’ve visited the pumps recently, you likely noticed how much prices have dropped.

In his four years working at AAA Colorado, studying gas trends, McKinley said he has never seen Vail-area gas prices — typically the most expensive in the state — consistently under $3/gallon, but it has been sitting under that recently, with a current average of $2.64/gallon.

“Fewer people are driving for work; fewer planes are flying. There’s just less demand for crude oil, which then drives down the price of petroleum gasoline,” McKinley added.

A survey conducted by AAA Colorado showed that Thanksgiving holiday driving traffic was also up about 2 percent in the state. (Thanksgiving air travel was down by 45 percent, however.)

“More people are driving; it’s just that a lot of folks are still working from home. So, overall, while there might be more leisure travel by automobile, it’s just not enough to raise demand to the degree that it’s going to affect prices given how much travel isn’t going on for work purposes,” he said.

On Dec. 1, 2020, Garfield County’s average was $2.42, much higher than the state average. That higher cost per gallon mirrors other rural Colorado prices, especially counties that are home to ski destinations — areas where there aren’t a lot of gas stations and those stations “tend to charge what they can,” inflating the price, according to McKinley. Additionally, areas with lower populations depress the demand.

But he noted that Garfield County prices are less expensive than most surrounding counties. Rio Blanco, Moffat, Eagle, Pitkin and Routt counties all posted higher average prices per gallon on Dec. 1, with Routt’s average at $2.67/gallon. Mesa County was an exception, at $2.18/gallon.

“Garfield has got it pretty good, as a function of Aspen being a draw, Carbondale being a draw, and your proximity to I-70,” he said. “If you’re traveling north, fill up in Garfield first.”

In the context of the Coronavirus pandemic, “there’s a lot going on, mostly with the oil markets,” McKinley explained. The gas landscape is complex, but at its core is the basic supply-demand concept. Even though more people are using their cars to travel during the pandemic, demand is actually down because air traffic decreased greatly, and jet fuel sales are down. “Overall, demand plummeted at the same time we had a lot of supply.”

However, McKinley surmised that if more people have relocated to the Roaring Fork Valley to ride out the pandemic, it might, over time, end up lowering gas prices. “It’s hard to tell. Right now, prices are artificially low. They will catch up. As soon as there’s a widespread penetration of a vaccine, I expect we’re going to see the gas prices that we saw throughout 2019, which is still fairly cheap compared to 2007.

Jim Wheeler, owner of Carbondale Car Care on Highway 133, said he experienced a decrease in sales “quite a bit” in the early months of the pandemic. “Lately it’s been climbing back up,” Wheeler said.

The other factor that impacted existing Carbondale gas stations in 2020 was the opening of City Market’s 14-pump station, fronting Highway 133 just north of Main Street, in July.

“They tend to wipe out a lot of the smaller people, at least they did in Rifle,” Wheeler said, adding that Carbondale Car Care considered removing their pumps altogether when the City Market station opened.

But he stated that the beloved service station will “try a different avenue.”

“Maybe we’ll upgrade our pumps and see if we can’t stick around a little longer selling gas.”

Multiple messages to City Market corporate representatives went unanswered, and managers at the nearby Roaring Fork Co-Op declined to comment for this story.

All prices are per gallon for regular unleaded gas and were recorded on Tuesday, Dec. 1, 2020.