Dinkel building up for sale 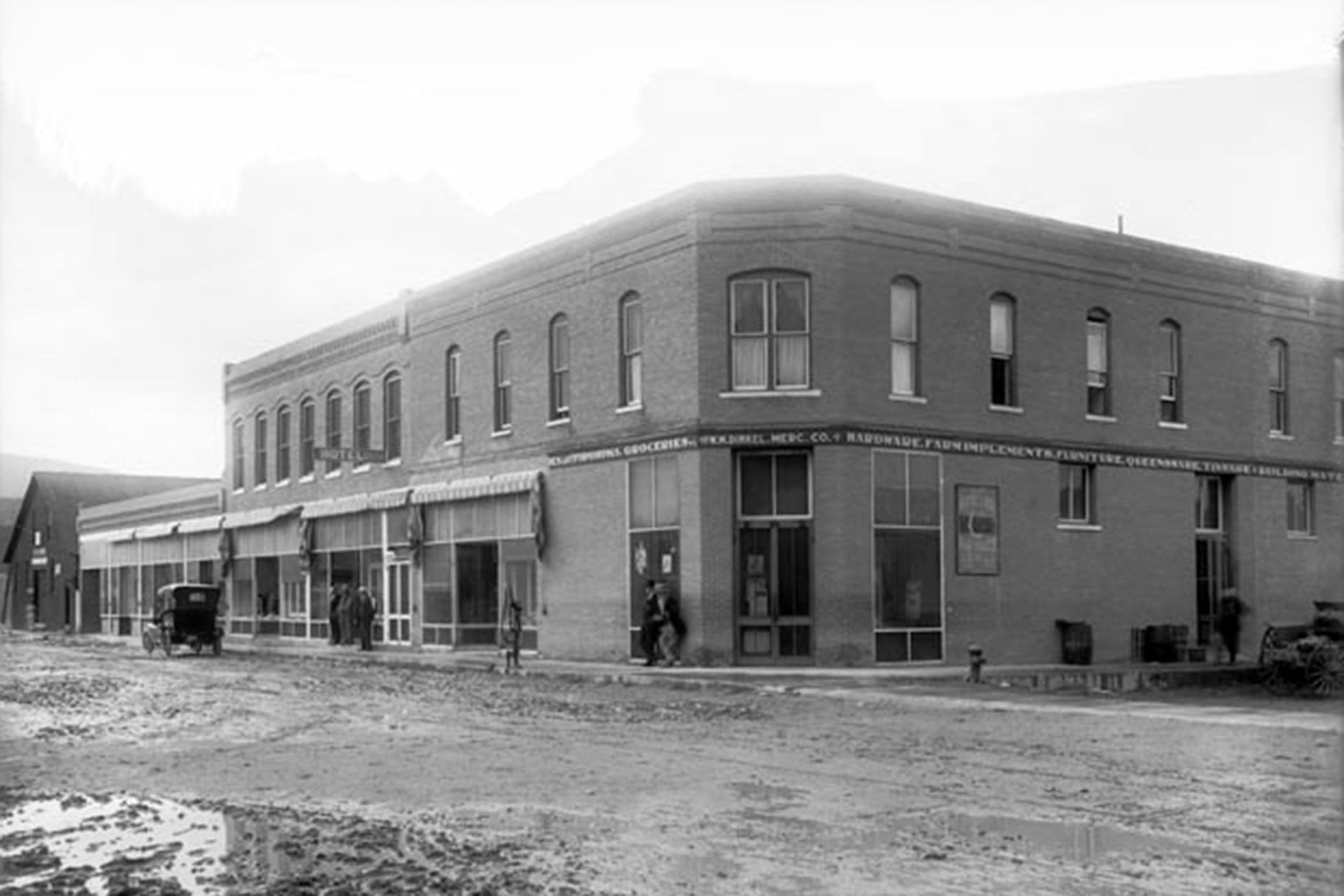 The Dinkel building was an important hub in Carbondale's early days. Photo courtesy of the Carbondale Historical Society

The Dinkel building, which makes up the entire north side of the 400 block of Main St. is up for sale for the first time in 30 years. Some of the current businesses have been there since before the current owner invested; and though the pandemic has brought on hard times each business has held steadfast awaiting brighter days.

William Dinkel moved from Virginia to Colorado in 1880 and made his way to the Valley from Buena Vista in 1881. He and his business partner, Bob Zimmerman, made the arduous trip over Cottonwood and Taylor passes with 800 pounds of flour which they made a good profit from by selling it in Aspen.

The two planned to travel to Montana next but were held up on the Flat Tops when they ran into a group of Utes who allegedly robbed them of their supplies forcing them to turn around. They returned to the site of Carbondale which had been designated as reservation land until about the time of  their reappearance in 1881.

They filed claims, built a dugout and hunted and sold game for a living. Soon enough they opened a store and an inn on the east side of town before it burnt down in an 1891 fire. By that time Zimmerman had already sold his share to Dinkel who subsequently built the building which carries his name to this day.

He operated a bank, a store and the post office — where he became postmaster — on the first floor and The Mt. View Hotel ran it’s business on the top floor.

Dinkel served as the mayor of Carbondale and later became a state representative. According to author and historian, Len Shoemaker, the man, “Took an active part in its [Carbondale’s] civic affairs and led the movement to get water and electric lights for its residents.”

Dinkel’s daughter, Anna Margaret, continued to manage the building until her passing in 1963 when her son, Wallace (or Wally) Debeque, assumed the responsibility.

Debeque sold the property in 1990 to its current owner.

The commercial property has housed many small local businesses over the years; from the Floral Boutique to the Novel Tea Shop to the Black Nugget. While there is of course a tinge of uncertainty that comes with, this isn’t the first time at least one of the occupants has endured a transition in proprietorship.

Smack dab in the middle of the property sits the Crystal Theatre which Kathy and Bob Ezra started 35 years ago — when Debeque still owned the building. The space had previously been used as a movie theatre between sometime in the 40s through part of the 60s. The Ezras have been holding up through the pandemic by selling concessions at their walk up window Fridays and Saturdays from 6pm-7:30pm.

“We are ready to open when it’s safe to stay open,” Said Kathy, “We just can’t wait for that; it’ll be like a new day.” The couple is very fond of the current owner who has checked in on them through this new era; they hope a successor will carry on the torch.

KDNK radio got its start on the upper floor of the Dinkel building in 1983; which the ‘DNK’ in its call sign refers to. The same year Main Street Gallery and The Framer opened across the hall. “Wally Debeque was the owner at the time,” recalled owner Sally Norwood. Today the gallery is still open but located just across the street at 399 Main. “We moved out of the Dinkel building in 1993,” Norwood stated.

On top of the local businesses which got their start under the stewardship of Dinkel’s grandson, there are nearly a dozen more located in the old building today. Steve’s Guitars, for instance, has persisted on the east side of the building since 1993. “One of the side benefits of providing music every week is our interaction with the local community,” the historical description on Steve’s website reads.

The building is listed for $4,995,000 and — despite referencing that most of the leases are under-market — it also reads that the property is a, “solid investment with good tenants in place.”