Is housing a privilege or a right? 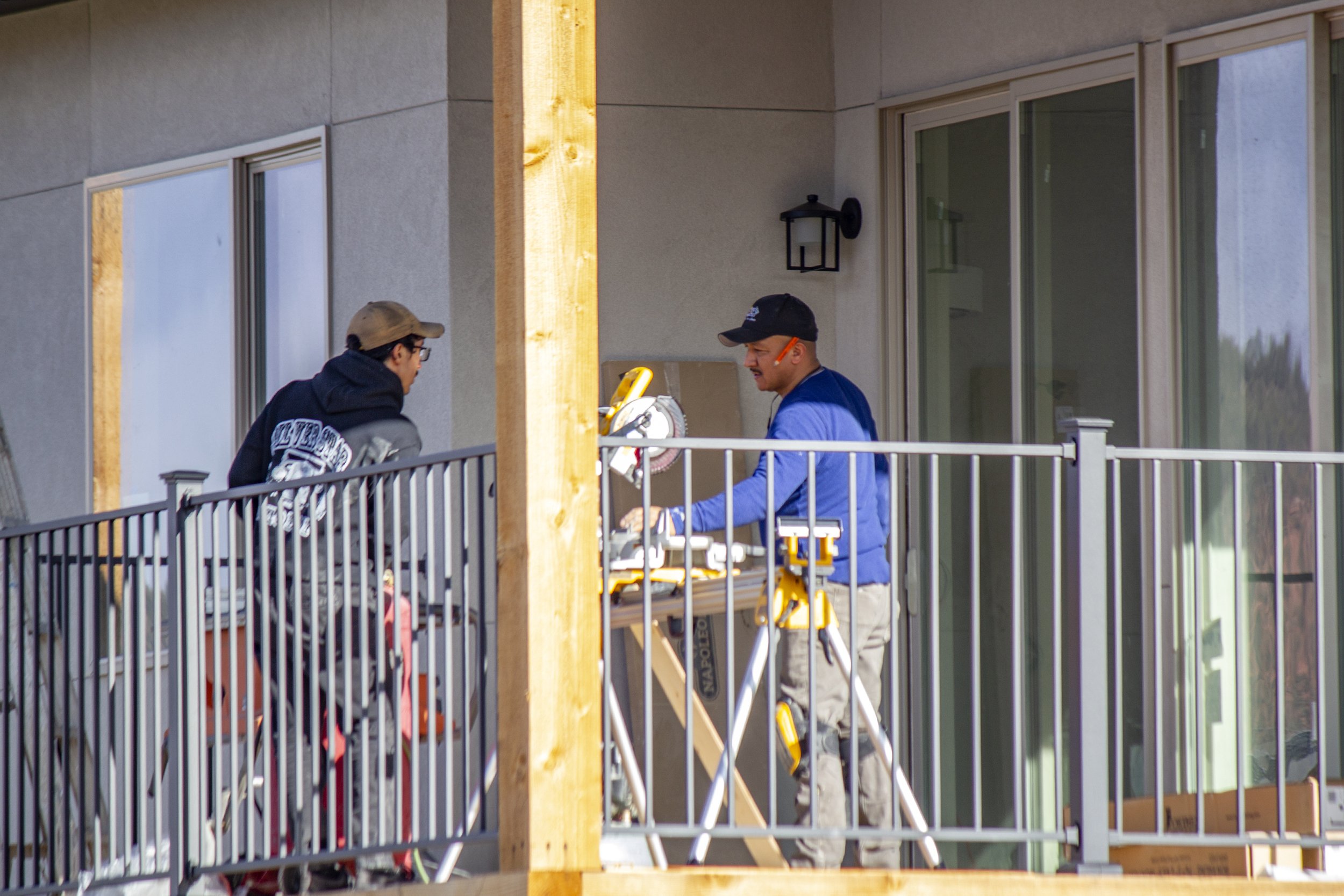 Work is wrapping up on the first phase of the Thompson Park Townhomes, which has five deed restricted units — starting at $306, 818 as opposed to $600,000. Photo by James Steindler

Housing in this valley is not easy to come by.

Not only are folks having a hard time paying their rent but, there is simply not enough housing that is attainable for everyone already living here. The housing shortage will likely be aggravated by the pandemic but it’s too early to know how significant its long term impact will be.

In 2019, a conglomerate of concerned local housing experts completed the final report of what they dubbed the ‘Greater Roaring Fork Regional Housing Study’. The research took many hours and the result was a detailed summary of housing needs as of 2017 as well as projections for 2027.

Carbondale Trustee Heather Henry was part of the advisory committee which helped put the study together. When evaluating, “What they called the ‘gap analysis’,” — the needs in the Valley versus available housing — “They went all the way down to I believe 40% of AMI (area median income),” explained Henry, “So while not necessarily calling it section 8 or voucher housing…it by default was looking at the gap in that part of the community.”

According to the study, in 2017 those making 60% or less of the AMI in the region — which stretches from Eagle to Parachute and up to Aspen — would need 2,118 units to close the gap for that AMI category alone. It further predicted that that number would increase to 2,383 by the year 2027.

“I believe that our new project, Red Hill Lofts, is going to have some,” form of subsidized housing, said Henry, “Or at least it was — whether that’s going to play out at the end of the day I’m not certain.”

“So if I build 5 housing units, one of those has to be inclusionary housing,” Henry explained. The town’s website describes the policy as a requirement that a, “Portion of all new residential development be set aside for community housing purposes as a condition of approval.”

With the gap analysis, Henry stated, committee members were able to “look at whether our categories were right in terms of how developers had to deliver that 20%, (and) whether we could apply it to rental housing or not.”

“We had some pretty good momentum after that study came out,” Henry stated, “The same committee and municipalities were continuing dialogue around what was next.”

“The first thing that COVID did frankly was derail that,” she continued, “All housing authorities ended up in crisis mode as did most of the staff of all of the municipalities.”

Henry is concerned that the pandemic will make circumstances worse.

“People are in a much more vulnerable position housing wise,” she stated.

“The flip side to the coin is that we’re seeing a huge explosion in real estate in the Valley,” she explained, “So the bubble is only getting worse.”

People from around the world are increasingly interested in moving to the Rocky Mountains. “We are the receiver site for what in the industry we’re calling the ‘urban exodus’,” Henry stated, “That was already happening prior to COVID but I think COVID hit the accelerator on it.”

“It’s good for the real estate market but it’s definitely driving up prices,” she surmised, “So that continues to exacerbate the gap analysis in that report.”

Henry sees funding as a significant hurdle to close the gap.

“We’re not going to make a dent in it without more significant funding mechanisms or the ability to put together larger projects than what you would just see with our inclusionary regulations,” she stated.

“I actually got an email from one of the advisory committee members today asking if it was time to start talking again,” Henry stated, “So right now that’s my greatest hope is that we can pick that conversion back up.”