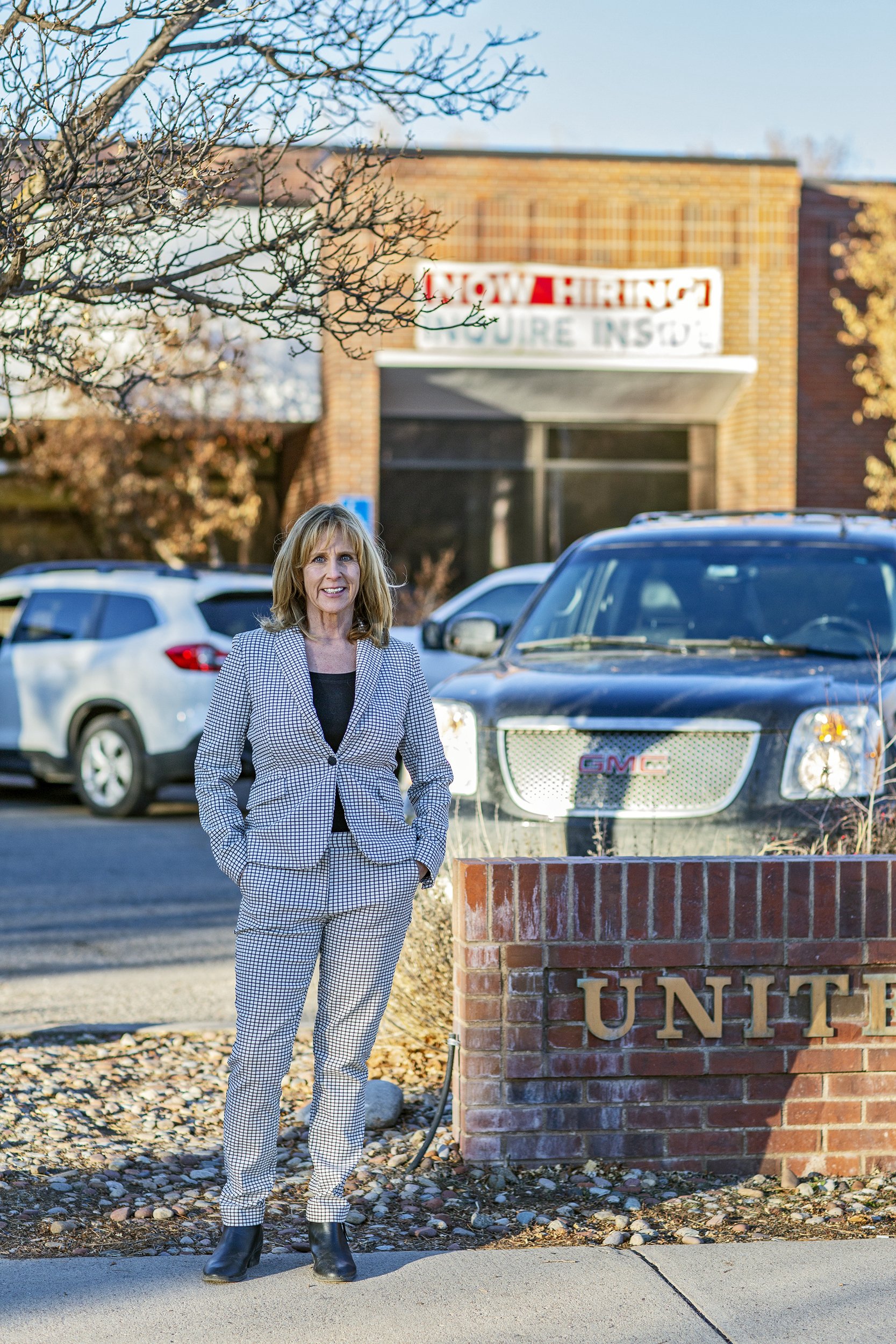 Several days in November there was a line out the front door of the Carbondale post office.

Now, as the Christmas holiday season has begun — traditionally a hectic time for any post office — the new Carbondale Postmaster, Kim Ballantine, is anticipating another overwhelming onslaught of packages.

“The challenge has been that the parcel volume in Carbondale since the pandemic has tripled, but the staffing has not,” remarked Ballantine in a recent interview. She estimated that about 75 percent of the packages that move through the Carbondale post office are from Amazon.

“A normal delivery for us for Amazon might be 12 pallets a day. We’re getting upwards of 30 pallets a day,” Ballantine reported.

This places a strain not only on carriers, but on storage space. In addition to the tripling of parcel volume, postal service staff have periodically been out on quarantine, reducing available man power.

“I can’t seem to hire anybody,” Ballantine lamented. “Since I’ve been here, there’s been a banner outside. I have offered positions. We really need carriers badly, we’re advertising for it constantly, and we just can’t seem to get anybody that wants to work delivery here in Carbondale.”

An often-reported reason for difficulty staffing Roaring Fork Valley post offices is the nationally-managed pay structure for the United States Postal Service, which may be a mismatch for a rural community with a high cost of living.

Despite this challenge, Ballantine is optimistic about careers with the Postal Service, saying, “I’m 26 years in, and it has afforded me a lot of other things. I mean, the benefits are wonderful. I think that it’s a good opportunity for someone, especially someone who may not have a strong educational background or someone who is just starting out in life. It put me through college.”

In late October and early November, there were frequent grumblings on social media from Carbondale residents wondering if something was up with their mail.

According to Ballantine, several factors collided to create a challenging time for the post office.

First was the already-increased parcel volume, likely connected to the pandemic; second was the increase in political mail, including ballots, which were given top priority in sorting and delivery, along with all other first class mail; third was an Amazon Prime day, which took place on Oct. 13-14, increasing the already high volume of parcels; and fourth was the early snow storm that fell in the last week of October, delaying the movement of packages from regional mail centers and creating treacherous conditions for local carriers.

Ballantine was adamant that her team had not missed any deliveries. She said that despite the convergence of problems, she and her team were devoted to their mission, delivering until late into the night, often in their own vehicles, to make sure packages, and especially ballots, were delivered. Ballantine said that even she was out there regularly in her blue Toyota 4Runner, delivering mail, and hand-delivering ballots to election centers.

Ballantine was cheerful about her new role and her new community. (She moved to Carbondale from Charleston, South Carolina, in part to be nearer to her daughter, a teacher in Denver.)

She said volume is likely to continue increasing through the holiday gifting season and urged the community to ship early to buffer against delays caused by high volumes and winter weather.

And she says she wants to know when things aren’t going right. She’s in the process of replacing the troubled phone system, which she says often features a busy signal, even when not in use.