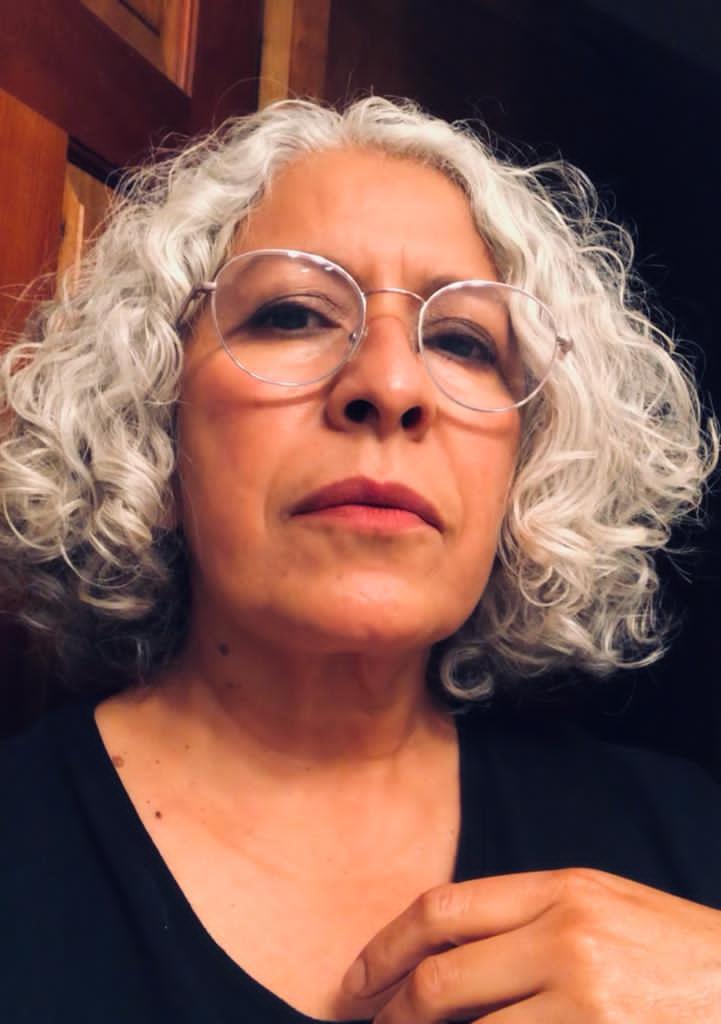 Silvia Rodriguez is originally from las sierras of Chihuahua, México, a southern continuation of our Rocky Mountains. Her work as a seamstress began at the age of eight and introduced her to a love of theater. Silvia now owns and operates Madre Selva in Carbondale, repairing, altering, and creating clothing. She has produced several puppet theater productions locally and participated once in the Green is the New Black Fashion Show.

Q: How did you first begin sewing, Silvia?
A: It began at the age of 8. My family is very large. My mother gave birth to 13 children and nine of us survived. I’m the eldest of the daughters, so at the age of eight I learned to make clothing for the first doll in the house which was given to my younger sister. It went so well that I started to make clothes for my sisters! Skirts and very simple things that a nine-year-old girl could make.
Q: And when did it become your profession?
A: I left my parents’ home at the age of fourteen and began to work in the factories of Ciudad Juárez. It was strange, I don’t know where the ability came from. Very young, I was managing people at the age of 18. I learned methods of production there and, at the age of 22, I started to sew professionally for a theater company called Tetíc México. I made clothing for children’s stories, classic stories with original costumes and original scripts. My friend Karmina Lozano is a writer and directed the project. I worked there for twenty years designing the costumes and as an actress.
Q: Have you continued your love of theater here?
A: It’s been complicated here because of the language. I was always searching for the way to do theater. It was challenging so I decided to make puppets and had a small stage built. That way, I could do productions in my language. Later, people here offered to help me translate these into English. The first of our presentations was only in Spanish. It’s called Tobías y su pueblo and we performed it at the libraries in Rifle and Paonia.
Q: Could you share about your experience of immigrating and forming new relationships? How is it done?
A: It starts with “adopting” someone. Our friends are our chosen family. First, I met Juan Mata, one of my “adopted sons,” and through Juan I met Carlos Herrera and I just kept “adopting.” Upon discovering that we have the same worries, that we like theater, and love literature… it was very easy! Everything emerged spontaneously, like a game. When Carlos saw that I was doing puppet theater, he loved the idea and we started to rehearse Tobías y su pueblo. It’s one of Karmina’s plays about a boy who is illiterate.
Later, I met Alejandra Rico at the library. I went to read to the children in Spanish and she enchanted me from the very first day. I was in need of a hug, you know? She told me that people need at least fifteen hugs per day and she gave me three hugs, one prolonged, and entered into my heart. She introduced me to Erik Soria and Beto Mendoza and together we formed a theater company called El Colectivo with Carlos.
Q: What of El Colectivo?
A: There’s a play that I’d like to produce called El tren de los desconocidos. It seems like an important one to me because it reveals the way that so many Latinos arrived to this place. Everything that happens to the people, what they live, and all that die in the attempt… pursuing well being for their families.
Q: Tell us about your business here in Carbondale…
A: It is called Madre Selva. My son chose the name because I am a mother and “Silvia” means selva (Jungle). I do repairs and alterations, anything that involves sewing. My specialty is very complicated jobs. I love challenges. Madre Selva is located in La Fontana Plaza (in Carbondale), number 600 on the second floor. I’ve been there for six years and receive the work of others locally. I also design and fabricate clothes. Appointments are not needed, people should just bring the necessary measurements and a face-covering. I’m there from 10 a.m. to 5 p.m., Monday through Friday. When someone needs a different time, we can talk and organize an appointment. My English is lacking but my work is excellent.