Introducing our next editor 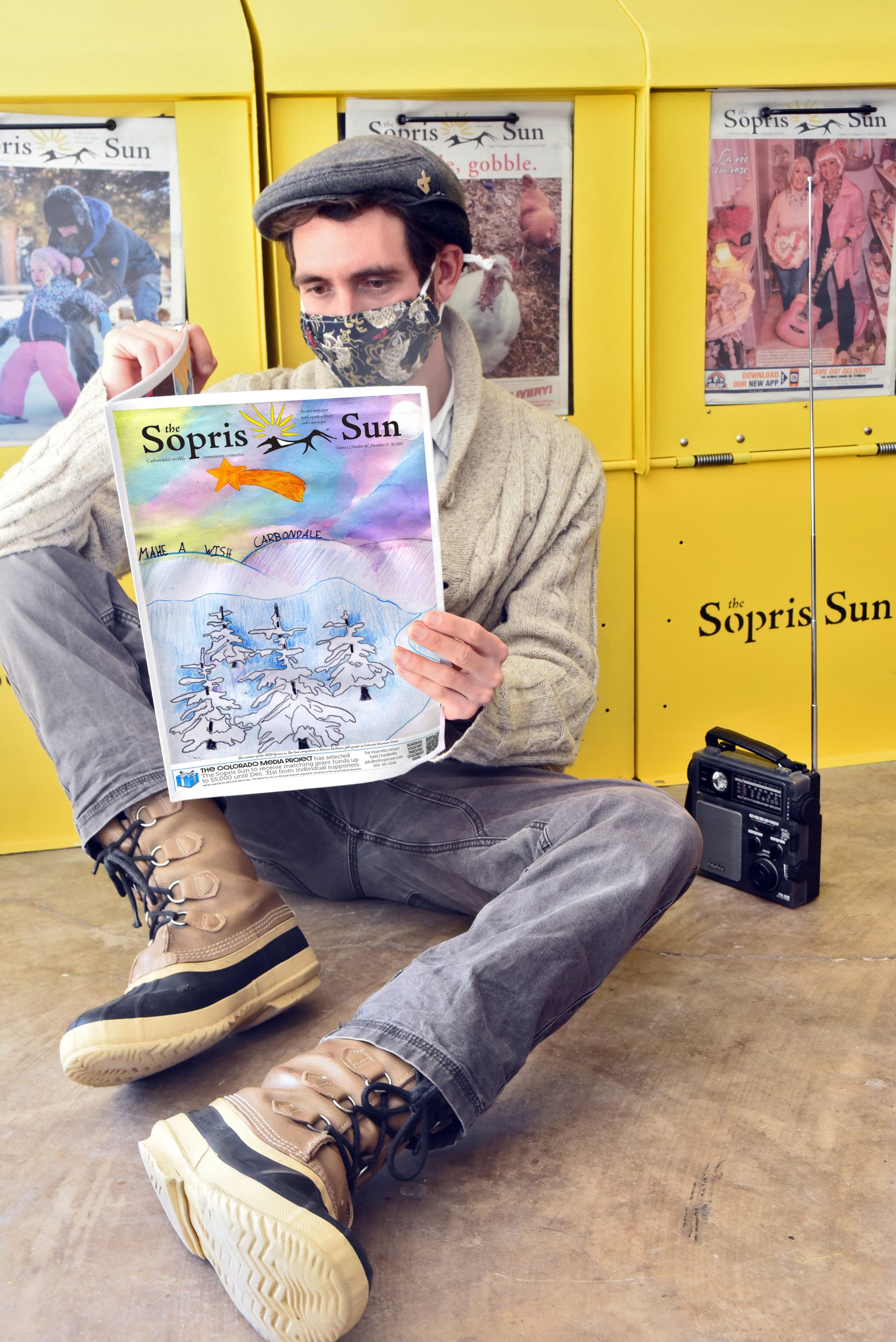 You’d be hard-pressed to find someone better equipped to share the community’s many stories than Raleigh Burleigh. The 27-year-old Carbondale-native, bilingual world traveler and former KDNK news director takes over as editor of The Sopris Sun at the end of the year.

Burleigh’s roots in the area go back to the ‘80s, when his parents met through Colorado Mountain College (CMC). He grew up in Satank, walking across the then-empty fields to visit friends or check out a movie at Sounds Easy.

“We’ve seen a lot of new growth, but it seems that there is this enduring spirit of Carbondale that I still find very vibrant,” he mused.

Burleigh attended Carbondale Community School (CCS) through eighth grade, then headed to Roaring Fork High School. During his junior year, the Carbondale Rotary Club sponsored him on a trip to Chile, which he said, “really opened my mind to the differences in people’s lives around the world.”

“I think that my approach throughout life has really been to absorb as many different perspectives as possible,” he added. “I’m always interested in learning about new things and seeing things in new ways.”

That led him, by way of CMC, to CU Boulder, where he completed a bachelor’s of International Affairs with a focus on Latin America as well as a certificate in Journalism.

That gave him some formal training in the ethics and dynamics of media.

“I think that’s it’s really important, now more than ever, that we’re very aware of how much and what media we’re consuming, just like we would our daily nutrition,” he observed.

After college, he spent a year exploring Latin America — first visiting the same family he stayed with in high school, then broadening his horizons. Perhaps ironically, it was in El Bolsón, Argentina that he first got a look at how valuable community radio could be.

Returning to Carbondale with fresh eyes, he spent some time teaching as a paraprofessional at CCS and asked KDNK for an internship. When Gavin Dahl moved up to station manager, Burleigh took on the news director role.

“It was a lot of new things to learn, but it was very exciting as well,” he recalled. “The support of the community is what made it possible.”

Around the same time, he also joined The Sopris Sun board of directors, giving him twice the chance to peek behind the curtain of local journalism. He was pleased to see that the censorship and controversy he worried about on the national stage didn’t seem to be trickling down.

“There is this real freedom of discretion,” he said. “We’re not ignoring what needs to be reported, but it is in the context of a community.”

Radio, in particular, gave him a chance to play to his theatrical side, and he relished the opportunity to harness people’s voices.

“You get all the intimacy of a person’s cadence — their tonalities — in real time,” he explained.

So even though he enjoyed a stint as programming director, he missed the storytelling and decided to shift into more of a part-time reporter role this summer while also spending time farming. Then fall came, and he heard that the editor position would be opening up.

“When this presented itself as a possibility, I felt it to be the right opportunity to move even deeper into storytelling,” he said.

He had just completed his three-year term on the board, and was just joining the KDNK board — a clean swap. Since getting the job offer last week, he has been enthusiastically immersing himself in the day-to-day business of putting out the paper, so he’ll be ready come January.

“I want to see it continue to be as quality as it has been,” he said. “I think I’d like to try and reach for stories that are harder to catch when you don’t speak the language of a lot of people that live here.”

He urged anyone with ideas or talents to contribute to contact raleigh@soprissun.com or (970) 510-3003.

“I’m really looking forward to 2021,” he noted. “I feel like 2020 opened a lot of wounds and that this upcoming year, we have the choice to start to mend some of those and rebuild our sense of community.”