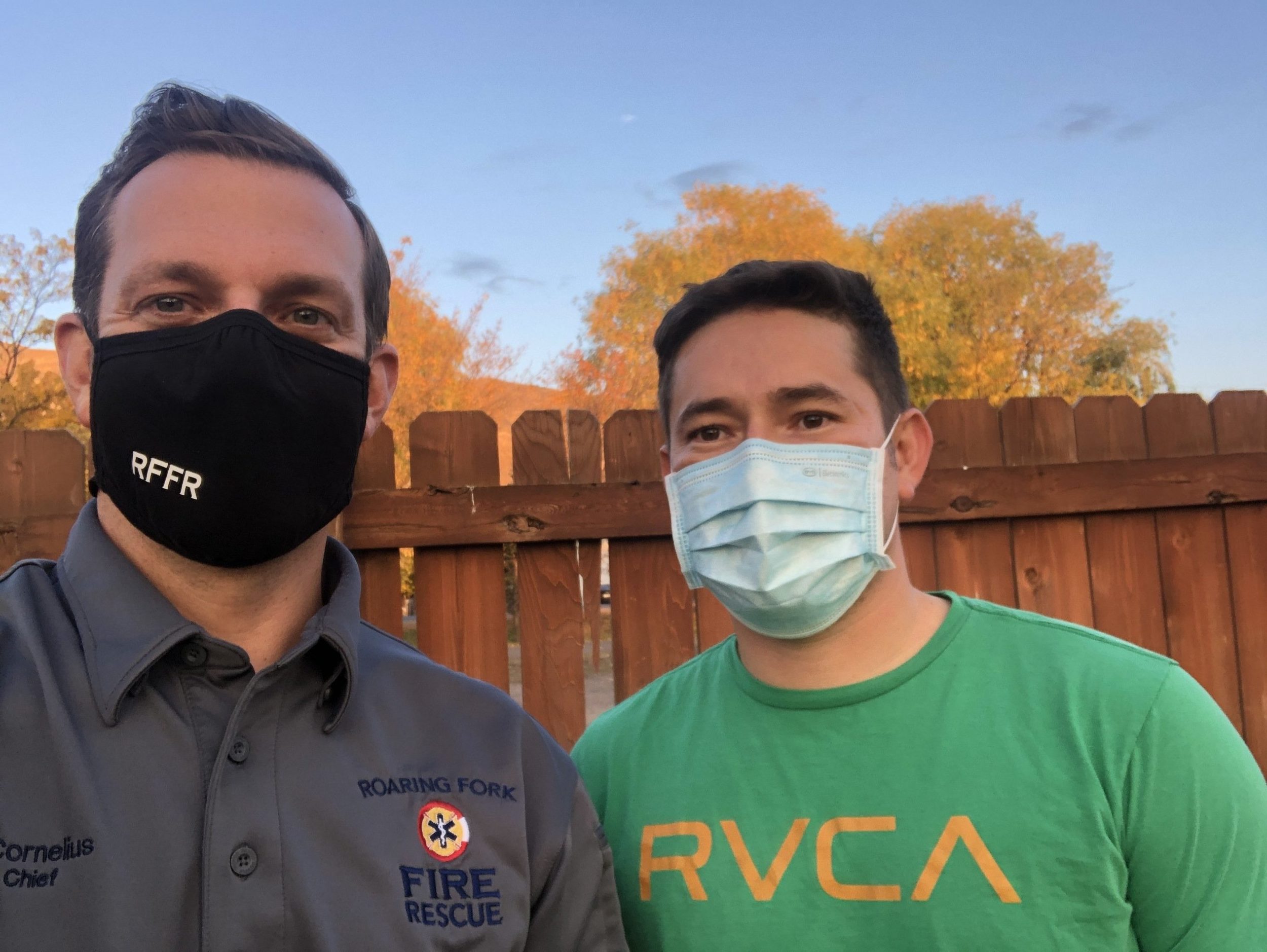 EIA tutoring matches have done their darndest to keep in touch safely. Part of the program’s philosophy is that community blossoms from each relationship within it. Courtesy photo

While people await the cumbersome rollout of the coronavirus vaccine, many continuously reel from a sense of separation brought on by the pandemic. A few local organizations not only rely on in-person reunions to perform but also to manifest human connections between individuals.

Throughout the year, mentors and mentees have had to adapt and create meaningful ways to

Sarah Kelly is the program director for English In Action (EIA), a nonprofit based out of El Jebel that brings non-English speakers and volunteer tutors together. “The main goal is English,” Kelly said, “But relationships develop and that’s kind of one of the silver linings and benefits of the program.”

EIA runs three main operations, two of which entail small class sizes while the third involves several groups of two. Pairs in the Individualized Tutoring program are matched up for at least a six-month period but typically culminate in lifelong friendships.

When the virus hit, everything came to a standstill. While a few pairs were able to meet online, many did not have the access to do so.

In March, EIA went into emergency mode to help its participants who were most affected. “About 75 percent of our students lost their jobs or at least had limited work hours,” Kelly said. “And were struggling to pay the bills, rent and for groceries — and just to have their basic needs met.”

“Because at EIA we feel and have experienced that we’re a trusted source of information in the community — within EIA and as well as the immigrant community,” Kelly explained, “Those first couple of months we really focused on reaching out to students directly to make sure they had what they needed.”

When summer rolled in, the multiperson classes went online, which made it possible for others to attend whose restrictive schedules had prevented them from joining previously. Meanwhile, EIA is currently conducting a digital literacy survey.

“We’re still finding that many of the students on our waitlist are unable to access technology or just don’t have the digital literacy that they need to fully participate in this kind of new online world,” Kelly stated.“One thing we saw with our students and tutors was that, even though they weren’t actively meeting and working on English, the relationships they had developed before COVID really helped to see them through.”

This was particularly valuable to non-English speakers for whom “language limitations and isolation already exist,” Kelly explained, “So this shined a big light on that.”

The Buddy Program (TBP) based out of Carbondale has faced similar challenges. For the first part of the pandemic, pairs were asked not to meet in person at all.

TBP’s Community Program Director Ainhoa Bujan discussed some of the ways that the program has adapted to keep their pairs in touch and interactive.

The staff sends periodic email updates to buddy pairs with guidance on how they can safely interact with each other. The emails have included various virtual and socially distanced activities. Online games such as Battleship were provided for mentors and mentees to play with one another, albeit separately. Over the summer months, when the COVID meter permitted, pairs were encouraged to get together safely outside and provided props such as kites or water balloons.

With the fluctuation in restrictions and the lack of cohesion between state and county government, TBP has consistently erred on the side of caution. Since Garfield County moved to level red, the TBP administration has followed the state’s more stringent guidelines.

TBP’s staff also reached out to their participating families to check in. The organization has worked with Aspen Family Connections and the Family Resource Center to channel financial aid to their member families in need of assistance.

“The families that were undocumented perhaps struggled the most,” Bujannoted.

“It has been a really challenging time,” said Bujan, “But now looking back on the year we acknowledge that we have risen to the occasion.”