People in the Crystal Valley walk the talk 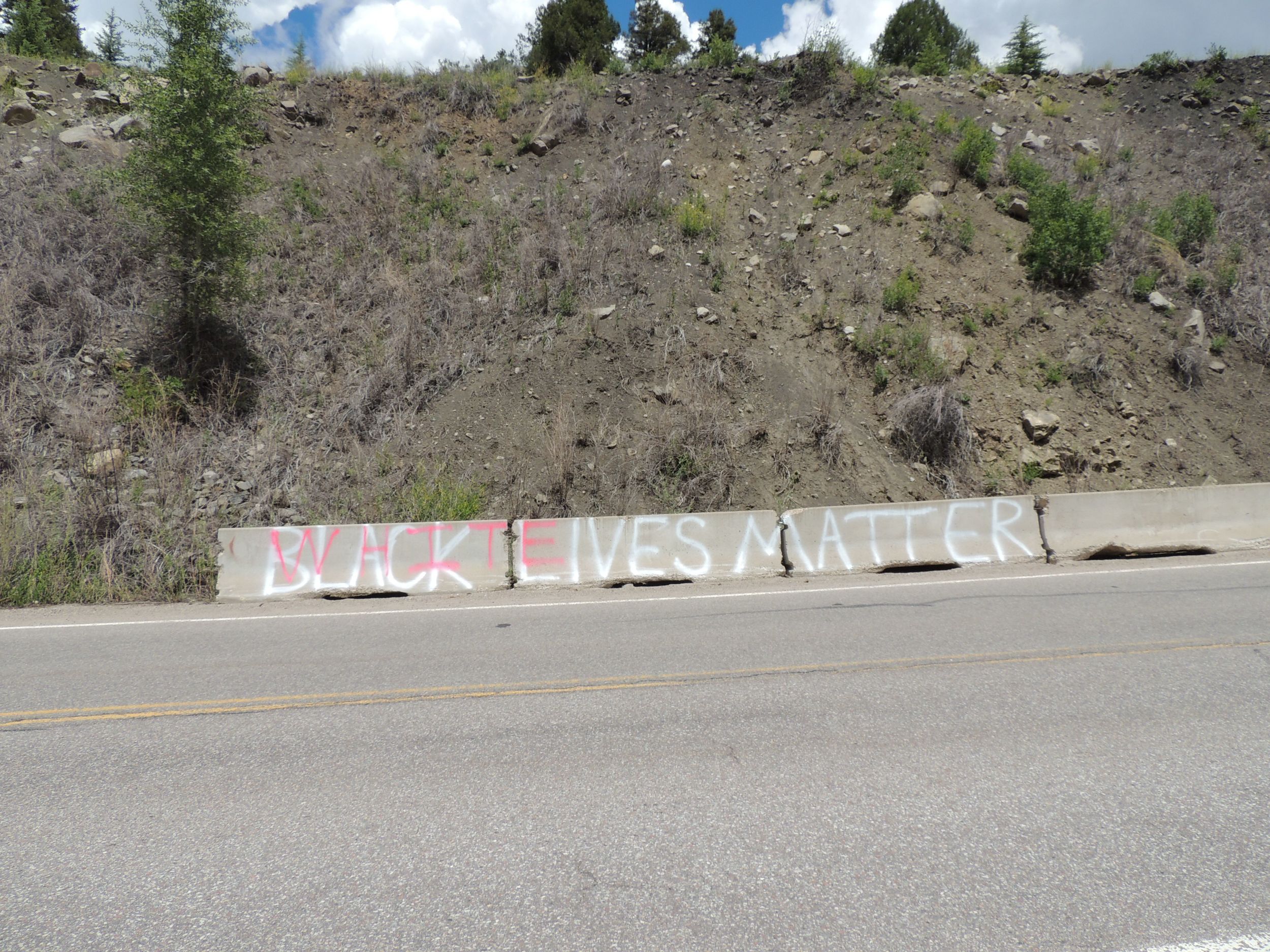 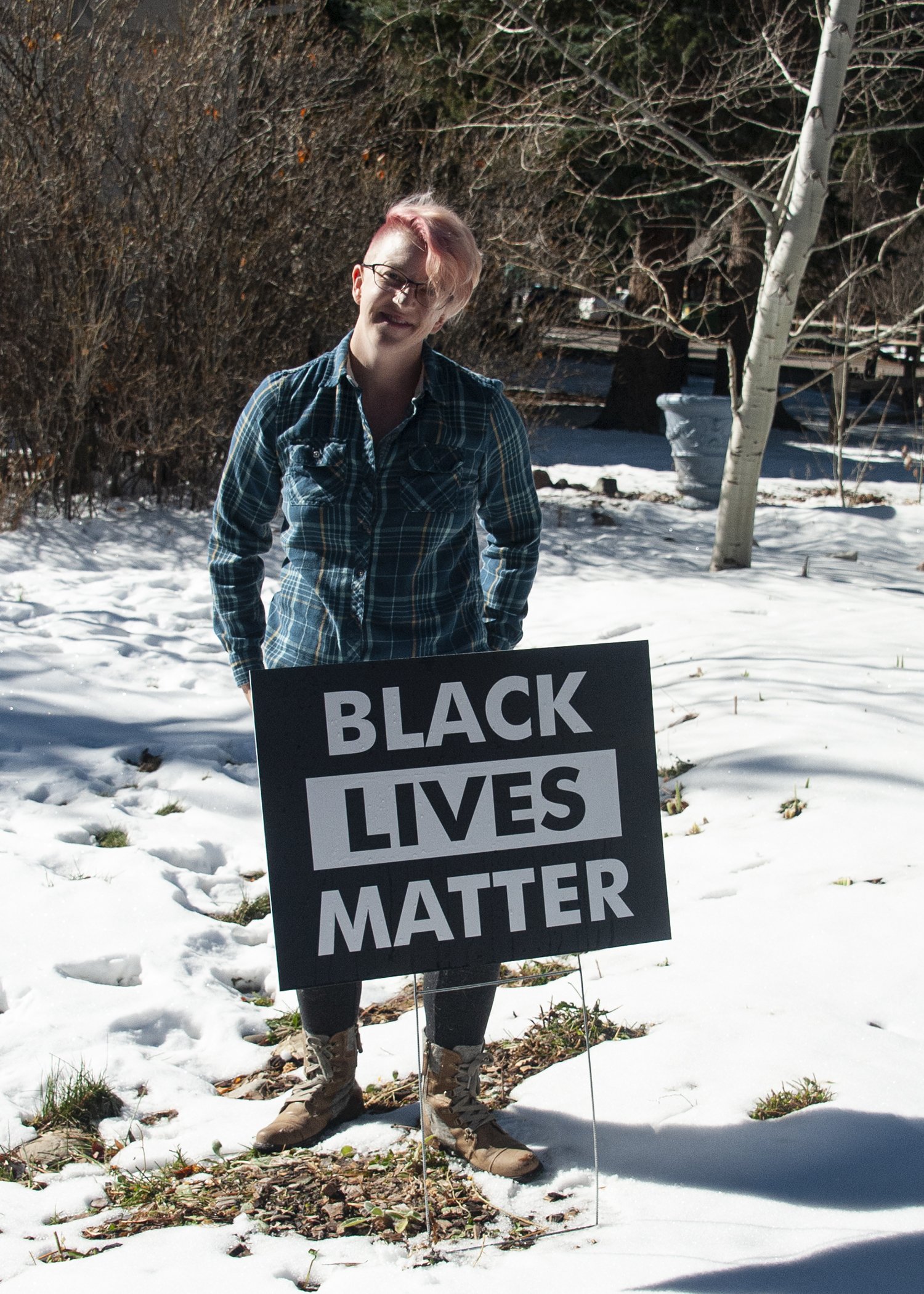 It may seem like ages ago, but it was only at the end of May 2020 when the Minneapolis police killing of George Floyd sparked a wave of protests all across the country. This murder became the final straw for Black, brown and, yes, white folks too.

So it should not come as a big surprise when people in at least two Crystal Valley communities, Marble and Redstone, each with a population 130 on a good day, decided it was time to stand up against what many around the country called “systemic racism.”

The towns were not unlike other small and large communities throughout the nation that participated in the Black Lives Matter (BLM) movement.

According to blacklivesmatter.com, the organization was founded in 2013 in response to the acquittal of a man who killed 17-year-old Trayvon Martin in Florida. Its mission is “to eradicate white supremacy and build local power to intervene in violence inflicted on Black communities by the state and vigilantes.”
“Even during this winter, BLM signs could still be found along the Boulevard,” explained Redstone resident Gentrye Houghton, owner of Honey Bear Publishing, Ltd. and editor of the Crystal Valley Echo and the Marble Times.
Houghton’s interest was ignited when news of the BLM controversy in Marble broke with one side in support of, and the other side opposed to, putting up signs. The Echo’s story on the Marble situation ran in July, 2020.

Houghton recalled, “I realized we had a unique opportunity for a discussion.” She noted that people of color live in the valley, and “Each voice matters.”

“In a predominantly white community, it would have been a marker of privilege to avoid the Black Lives Matter movement,” reported Amber McMahill Echo, author of the Marble story.

“That isn’t what happened,” she said. Instead, a yellow sticker with “Black Lives Matter” appeared at the end of the driveway of Emma Bielski. Other signs popped up, including one on a hay bale.

Then, as the Echo reported, many of the signs were covered by black paint. And also by red, white and blue – some with the words “White” and “Trump 2022.” A few were repainted with “Black Lives Matter.”

Redstone resident Courtney Jaynes spearheaded the drive to order BLM yard signs for her friends and neighbors from signsofjustice.com, a Black-owned company.

“The business ownership was important to me,” Jaynes explained. She has been a BLM member since it began in 2013 and believes in actively shaping an economy that is equal for all, regardless of gender or race.

How did she get the word out about the BLM signs she had? Jaynes shared the information via Facebook in early July. “Just a plain ol’ post,” she said, “And people from all over the valley wanted to buy one. I think around 60 signs were purchased and some ordered more than one.”

As reported by the Colorado Sun and the Denver Post, other Colorado towns had also picked up the cry. In Crested Butte, preschool teacher Chloe Bowman coordinated a BLM demonstration in June and was shocked by the turnout of more than 200 people.

Cortez, located in the far southwestern corner of Colorado in the Four Corners Area, also saw organization in support of BLM. Despite forceful opposition, their city council issued a statement reaffirming the right of all citizens to assemble peacefully and exercise free speech.

All of these actions seem to have opened up an overdue American conversation about race, according to NBC news, “In seven years, Black Lives Matter has become a multichapter organization that has changed the very framework with which the nation talks about race.”

People in the Roaring Fork Valley, from Aspen to Glenwood Springs, have also raised their voices in solidarity with the BLM movement.

Carbondale Mayor Dan Richardson explained to Aspen Public Radio that by assuming the issue really isn’t a big deal, especially in the Roaring Fork Valley, “I become part of the situation. I’m a person of power, not only because I’m a white male, but because I’m mayor. Not doing anything about it is being part of the problem, in my opinion.” 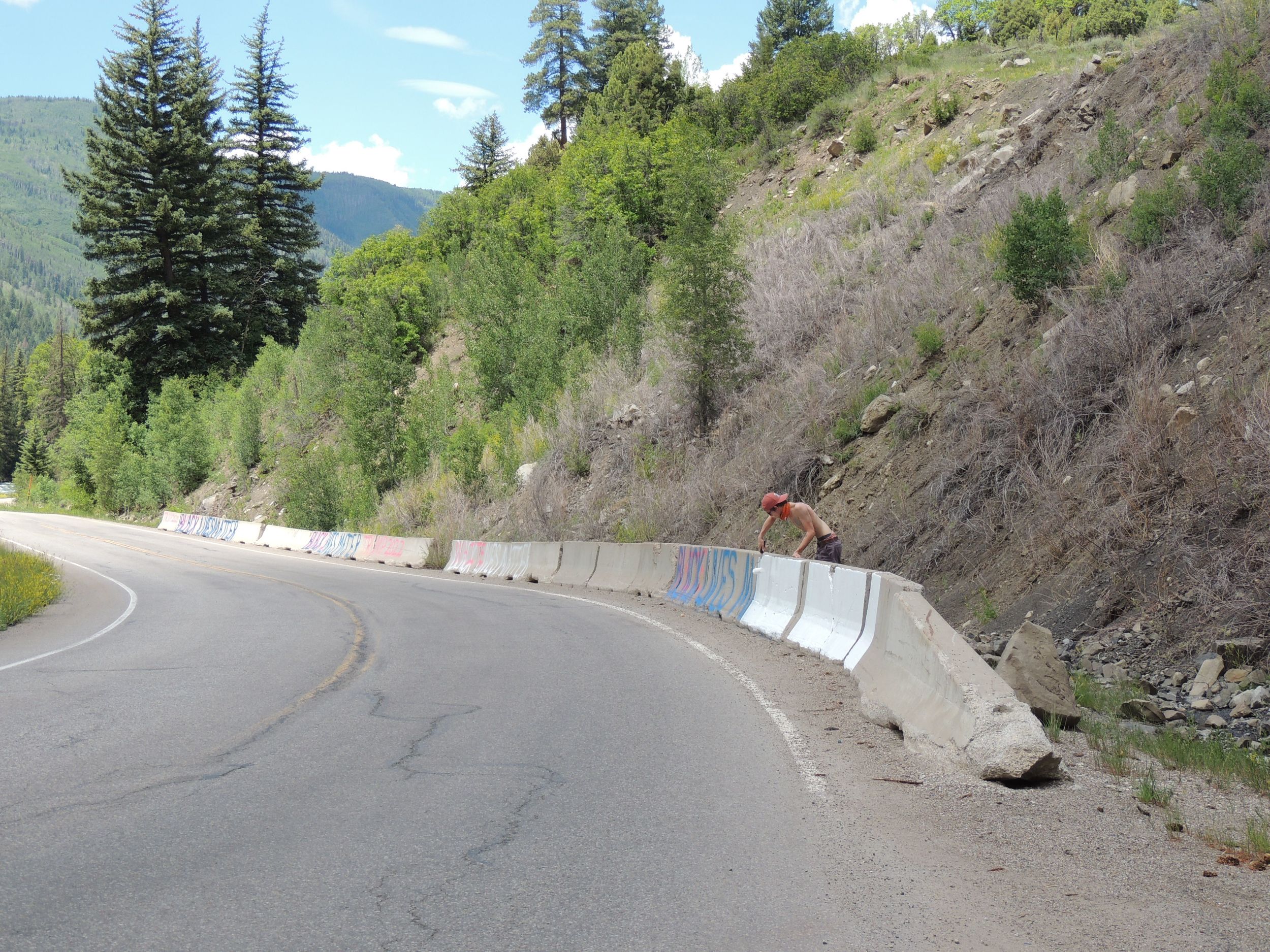 Alex Kucharik paints over the graffiti on CR-3 into Marble. Photo provided by Nancy Fenton.

He then added, “I need to put on a racism lens all the time so that I can start challenging my assumptions of whether or not there’s racial bias in this policy or in this program or how we handle this issue. So to me, that’s probably the most important thing. And I’m hoping that there’s a little bit more willingness to dig a little bit deeper so that we can do that.”