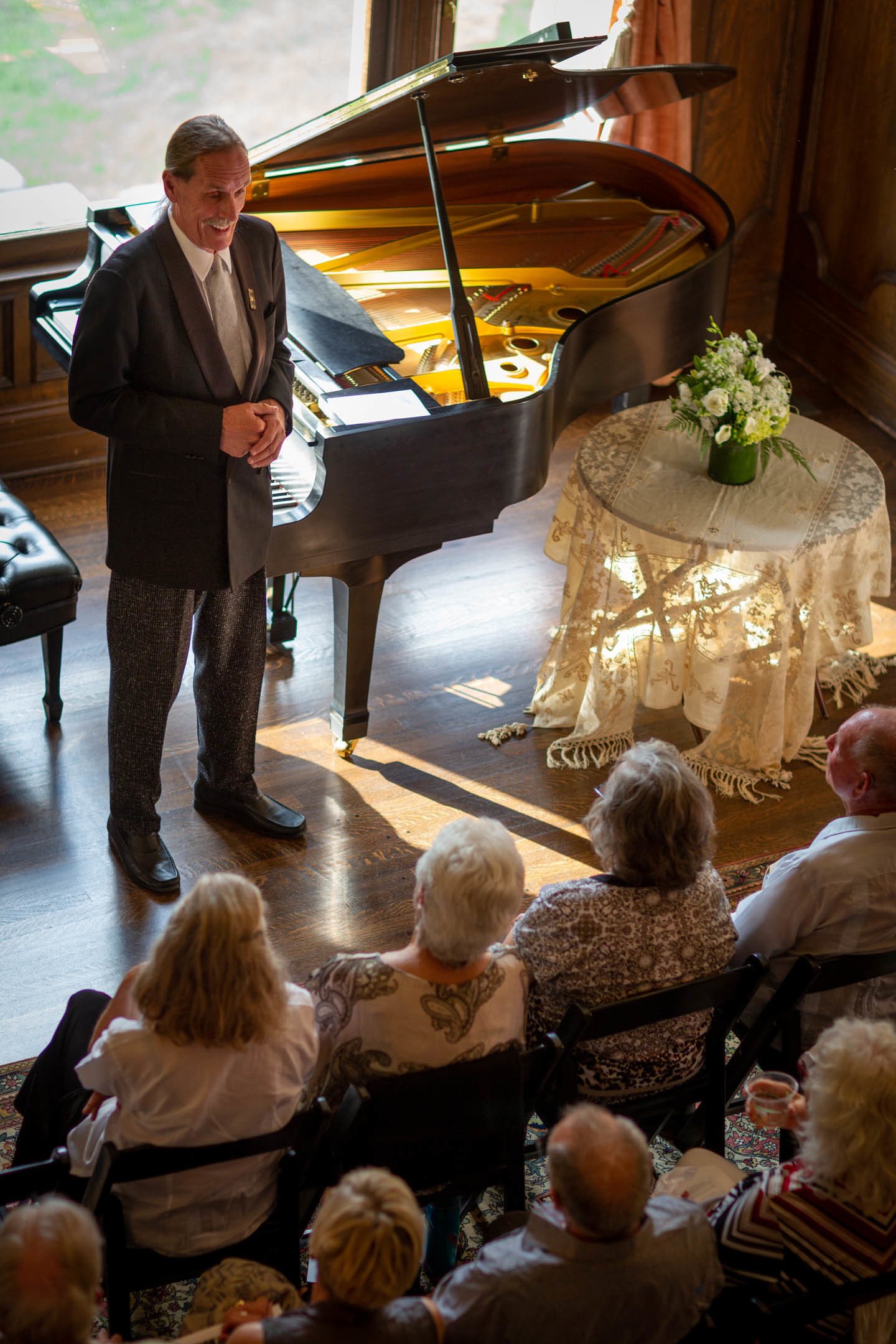 John Robin Sutherland, the pony-tailed, cultured and celebrated principal pianist for the San Francisco Symphony for more than four decades, died at his home in San Francisco, California on Dec. 18, 2020, following a brief illness. He was 69.

Known for many years simply as Robin Sutherland (he legally changed his name to drop the “John”), he was born in Denver, Colorado, on March 5, 1951, and grew up in the nearby city of Greeley.

Early in his life, Sutherland was identified as a gifted pianist; by the age of four after, among other things, playing a two-handed “happy birthday” song on a toy piano for a toddler friend, according to a statement from his sister, Jean Huffman.

He went on as a youthful prodigy, groomed by Dr. Rita Hutcherson at the University of Northern Colorado while attending public schools in Greeley until his graduation in 1969. He then went for further musical training at the Juilliard School in New York City, though he left before graduating.

Sutherland lived in the Roaring Fork Valley in the early 1970s, attending the Colorado Rocky Mountain School in Carbondale; Colorado Mountain College outside of Glenwood Springs; and ultimately, in 1972, enrolling at the prestigious San Francisco Conservatory of Music.

While an undergraduate student at the Conservatory, in 1973, he was called upon to fill in as a substitute pianist at the San Francisco Symphony.

At that performance and on a subsequent concert tour, according to a press release from the Symphony, Sutherland showed such remarkable abilities that, in 1974, Symphony Director Seiji Ozawa created a new position for him as principal keyboardist, which is the position he held for 45 years.

Sutherland liked to joke that his might be the most concise resume in the world, since he has held only one job for his entire professional career.

He retired from the symphony at the start of the 2018-19 season, a departure celebrated by the declaration of Nov. 12, 2018 as Robin Sutherland Day by the City of San Francisco and heralded by a Symphony statement of his having been “a mainstay of the orchestra’s performances, taking prominent roles in everything from Bach to Stravinsky.”

After retiring, Sutherland continued to perform in more intimate venues, including a benefit concert for The Sopris Sun in August, 2019, at the Redstone Castle, until being diagnosed with a brain tumor in the summer of 2020.

Following several months of ultimately unsuccessful treatments, under the care of a small team of family and friends, he succumbed to complications from the tumor.

He is survived by his spouse, Carlos “Lonchi” Ortega, who was born in Colombia; his sister, Jean and her husband, Steve Bojanowski of Greeley; numerous nephews, nieces and other relatives, including members of the Ortega family in Colombia; and a broad collection of friends and fans around the U.S. and the wider world.

Those wishing to learn more about the life and career of Robin Sutherland can check the websites of the San Francisco Symphony, the San Francisco Chronicle, the Greeley Tribune and The Sopris Sun for articles and obituaries.