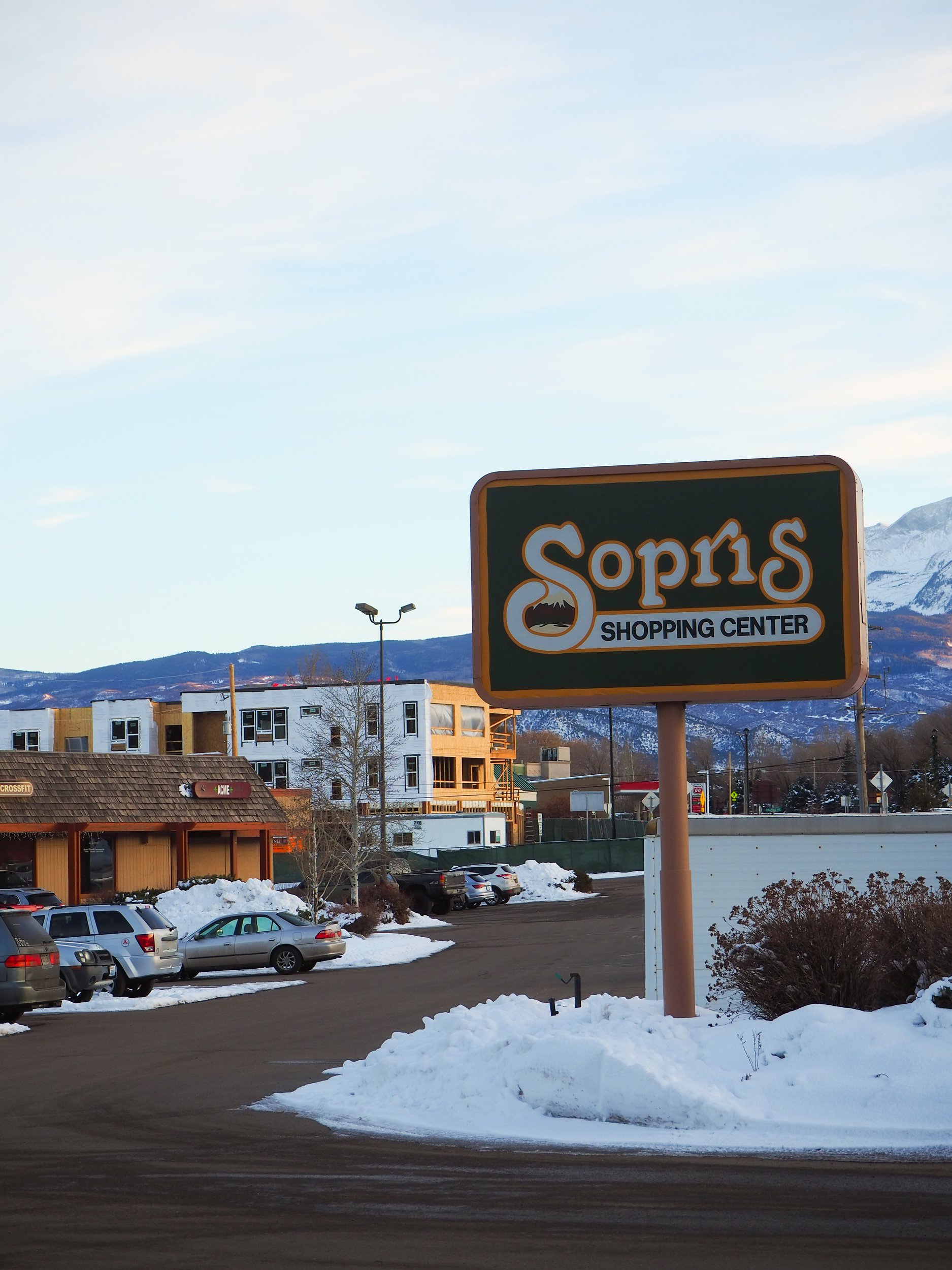 Rounding out an unprecedented year of challenges, nine Carbondale businesses received final notice on Jan. 7, 2021 that they are expected to vacate their spaces by the end of February or earlier. Plans to redevelop the Sopris Shopping Center, built in 1963, had been communicated to tenants since 2019. By Dec. 2020, businesses were operating on month-to-month leases as Stein Properties, LP and Carbondale Center Place LLC sought approval with the Town’s planning department for new buildings and subdivision of the property.

Rezoning was approved by Carbondale Trustees in August contingent upon a Major Site Plan Review which was presented to the Planning and Zoning Commission (P&Z) on Dec. 10, 2020. The hearing was continued to Jan. 14, 2021. Dr. Ron Stein, owner of Sopris Self Storage and the Sopris Shopping Center, aspires to modernize and expand Sopris Self Storage with a three-story building. He acquired the Sopris Shopping Center property in 1980, when it still housed Carbondale’s grocery store. The building’s aging infrastructure and proliferation of competing commercial inventory led Dr. Stein to pursue redeveloping the property. Current tenants were given a broker’s contact information to assist with finding new spaces.

Ragged Mountain Sports, a consignment store specializing in outdoor recreation gear, has experienced increased profits every year, including 2020. Owner Aisha Weinhold is excited to announce that they are coming close to guaranteeing a new home along Buggy Circle that will meet their spatial needs as well as place them closer to the Rio Grande Trail. The space would not be secured, however, until March or April.

Sopris Laundry was evicted on Jan. 12. The business’ owner, Beatriz Lowick, passed away on Nov. 30, 2019. It was kept operating by her partner Joe Hurst and his daughters Heather Larson and Julie Hurst-Farnham, recognizing the need as essential with some longtime customers traveling by foot to do their laundry. Nonetheless, paying rent had become increasingly difficult after losing business from hotels and some customers opting to wash their clothes in sinks to save money.

Los Cabos Mexican Grill posted on Facebook in late-December that they would be closing on Monday, Jan. 11. That date was pushed back by a few days as the family that owns the restaurant tries to sell as much of the remaining food as possible. They do not plan to reopen, citing the high cost of installing a new kitchen at a different location following an especially difficult year for restaurants in particular. Stephanie Castro mostly worries for her employees, struggling to find work in their industry with ongoing, reduced-capacity restrictions. “Although it’s sad to say goodbye,” Commented Jacqui Castro, Stephanie’s sister, “We’re happy that we got the chance to provide for the community.”

JC’s Breakfast and Lunch, newly opened in Dec. 2019, aspires to return once redevelopment is completed. Acknowledging that it may take until late-2023, as confirmed by Loge Properties, restaurant owner Trino Camacho Torres’ dream is to again operate an American-style breakfast place in Carbondale. In the meantime, he considers moving the business to Grand Junction and commuting so that his family can stay in town.

Continuing clockwise through the plaza, High Q faces extra obstacles to relocating as a marijuana retailer. According to owner Renée Grossman, a former coal industry executive, moving the store is more complex than logistics plans were for the Bowie mine. Grossman has evaluated twelve locations since November, having received early notification due to a lease clause. With additional stores in Snowmass, Silt and Parachute, the Carbondale location is their most productive, with year-over-year increases in sales.

CV Phones opened in Feb. 2020, anticipating the redevelopment but not the pandemic. The owners consider their niche to be bilingual technology services like web design, computer repairs, phone activation and even photo and video for events. After some stress, they successfully found a new space near Alpine Bank.

Ming’s Cafe, est. 2015, is in the process of obtaining permits for their newly-designed restaurant, complete with a separate bar lounge, near the new City Market. Owner Michael Zhang explained that the most expensive aspects of moving a restaurant are things unseen by the customer, including the plumbing and electrical. Zhang is no stranger to that work, having previously opened several restaurants in the Roaring Fork Valley. He is relieved to have signed a 20-year lease in the new space and sees many advantages to that location. “Ultimately, the move will be a good one.” Nonetheless, it may not be until April or May that permits are complete and the new space is ready to move into.

After 18 years at the mall, El Pollo Rico does not plan to reopen. The owner will concentrate resources at their Glenwood Springs restaurant, Frida Authentic Mexican Food, with the prohibitive cost of building another kitchen in a new location. Particularly, the range hood, la campana, is a pricey investment and impossible to move.

We end our tour at Sopris CrossFit. With over 100 active members, owner Dr. Scott Tesoro and his partner have a lead on a space available in May but worry about losing members in the lapse between operations. Dr. Tesoro acknowledges that a business person should make decisions good for their bottom line, and doesn’t blame his landlord, but feels “ruffled by how it went down.” As with every other tenant, a few months longer to get through winter and close on a new space would improve their chances for a successful relocation.

As you consider your own needs in the coming months, know that these businesses will benefit greatly from your patronage as well as any leads that might help them to navigate the transition intact. 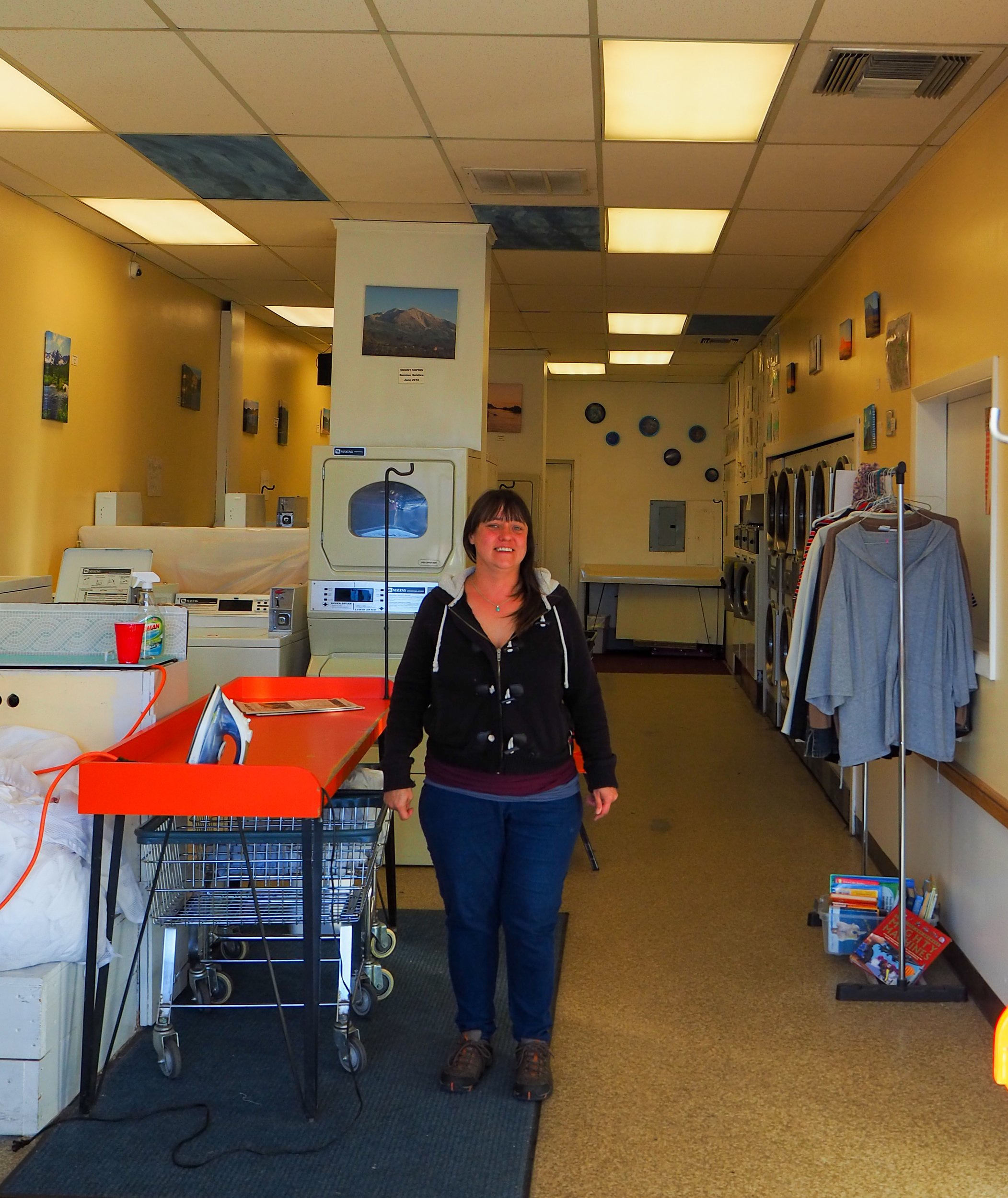 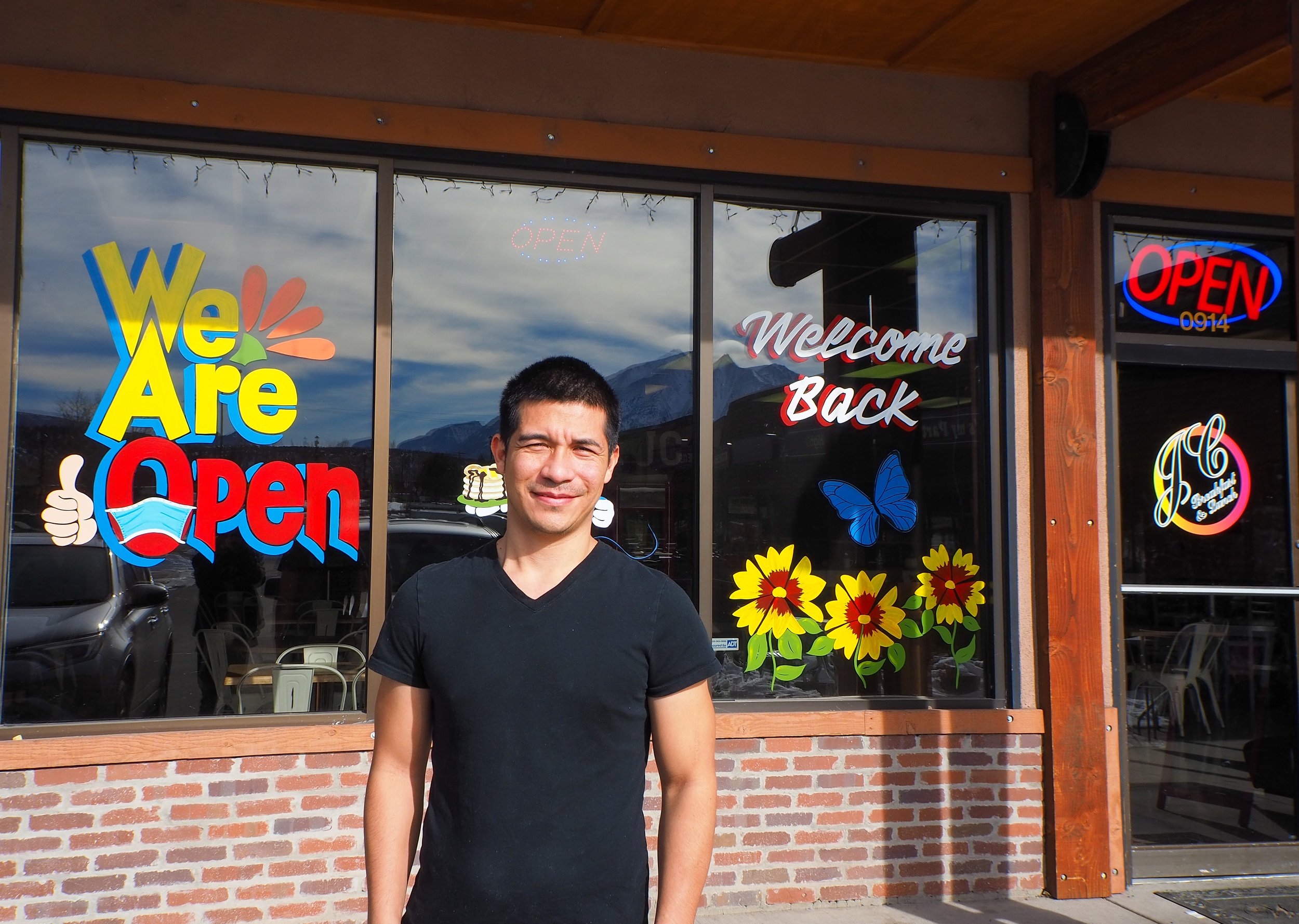 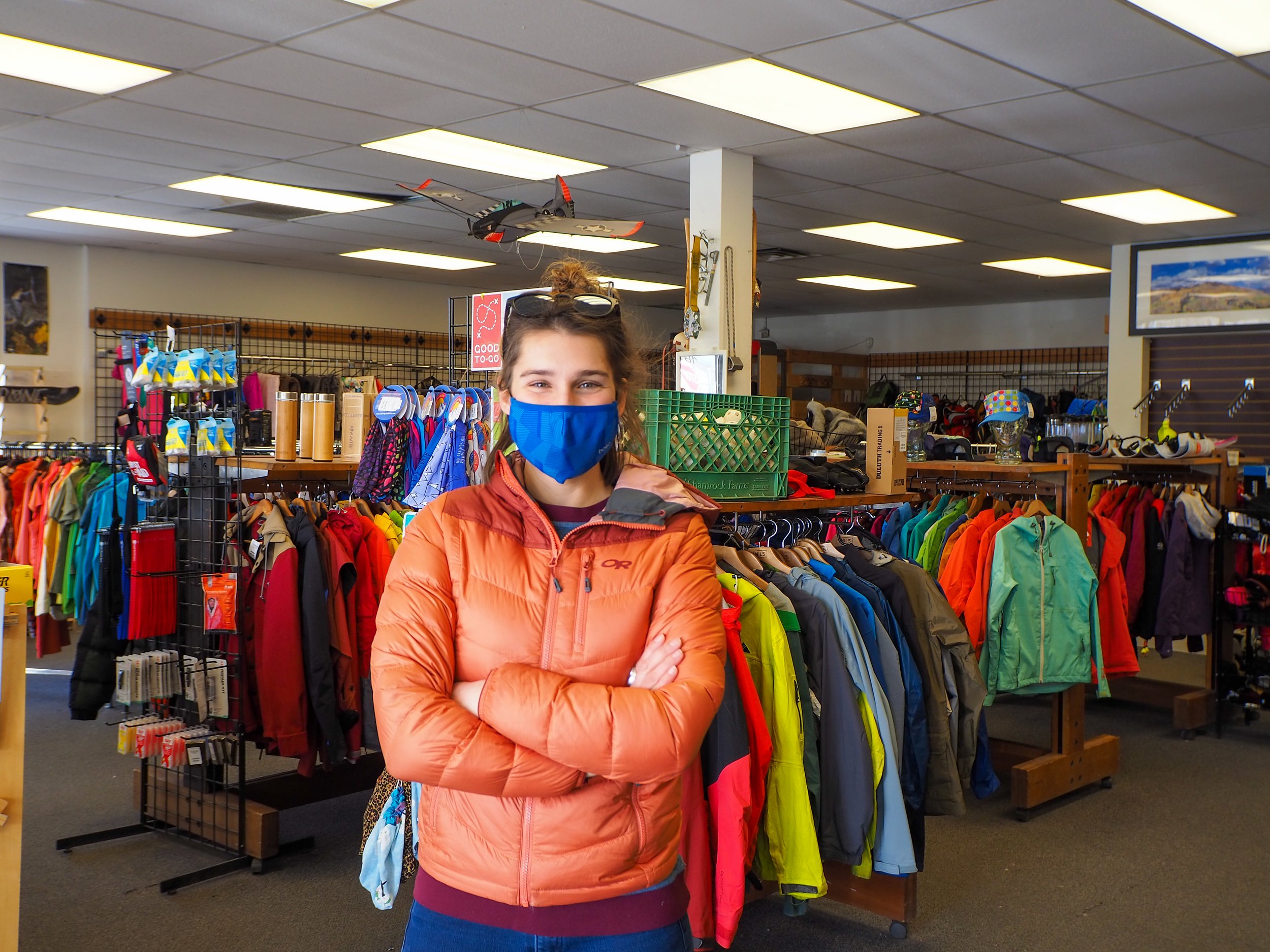 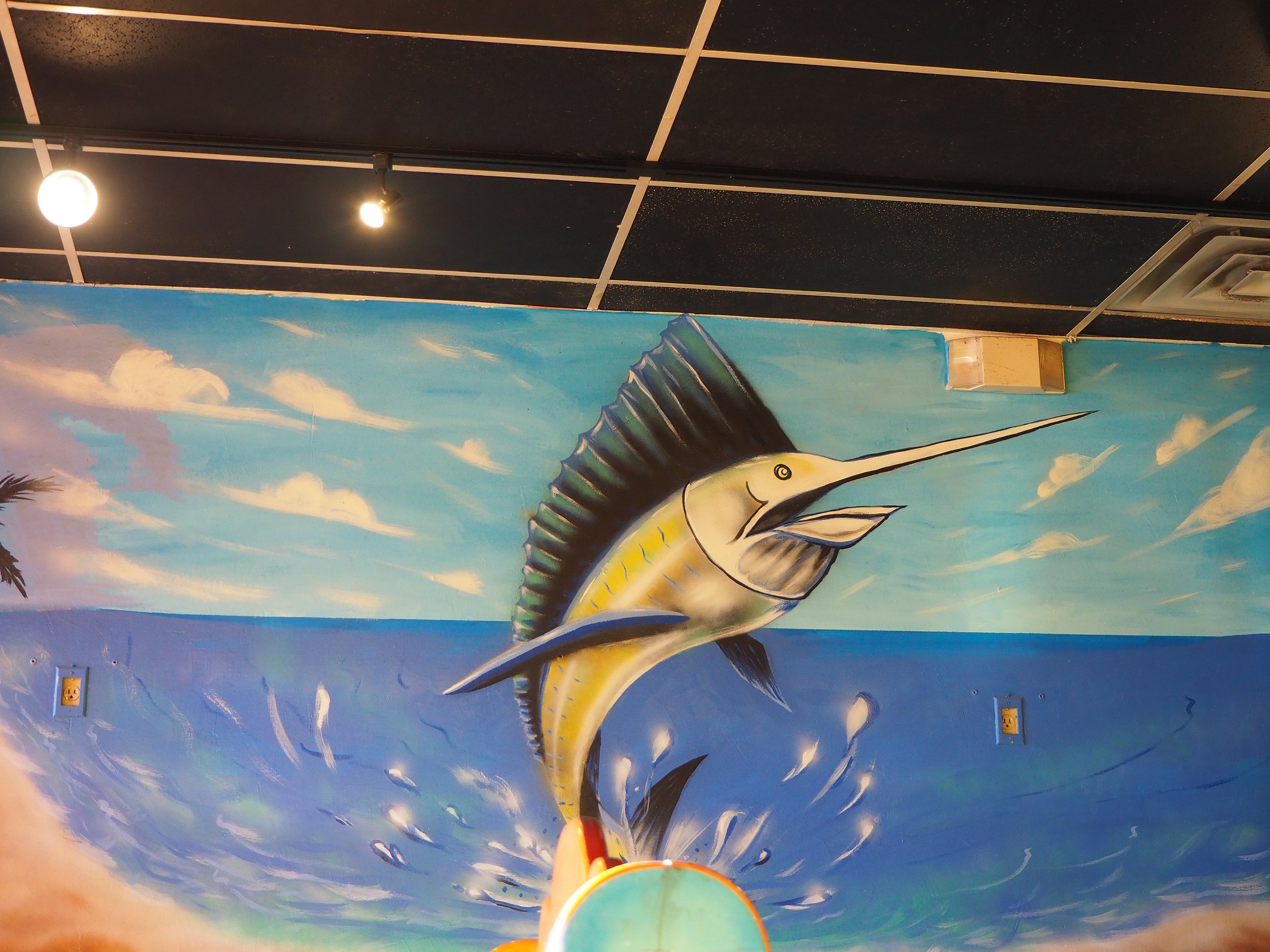 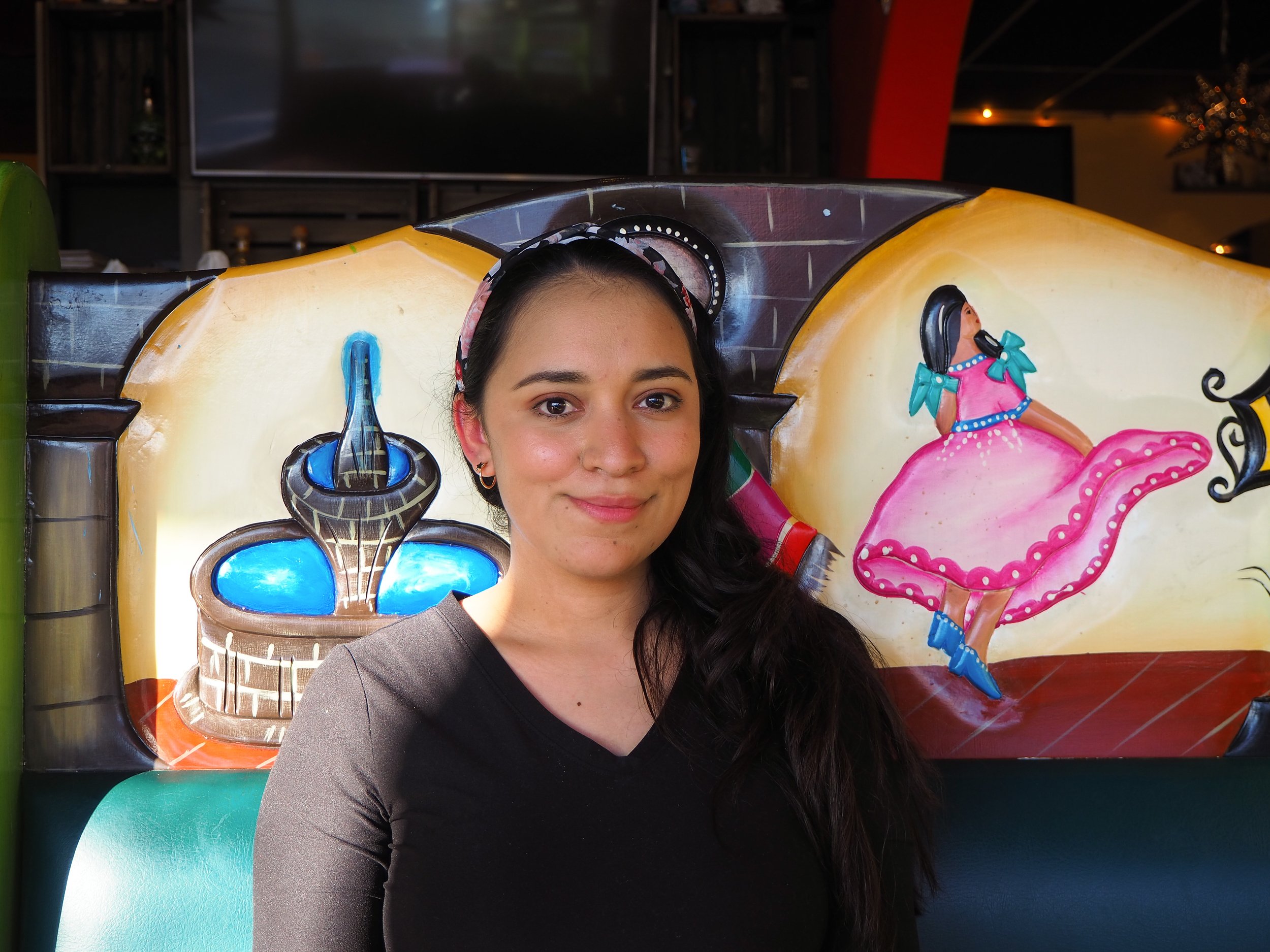