The Catastrophism of Coronavirus

Opinion by Atzil Adam
Special to The Sopris Sun 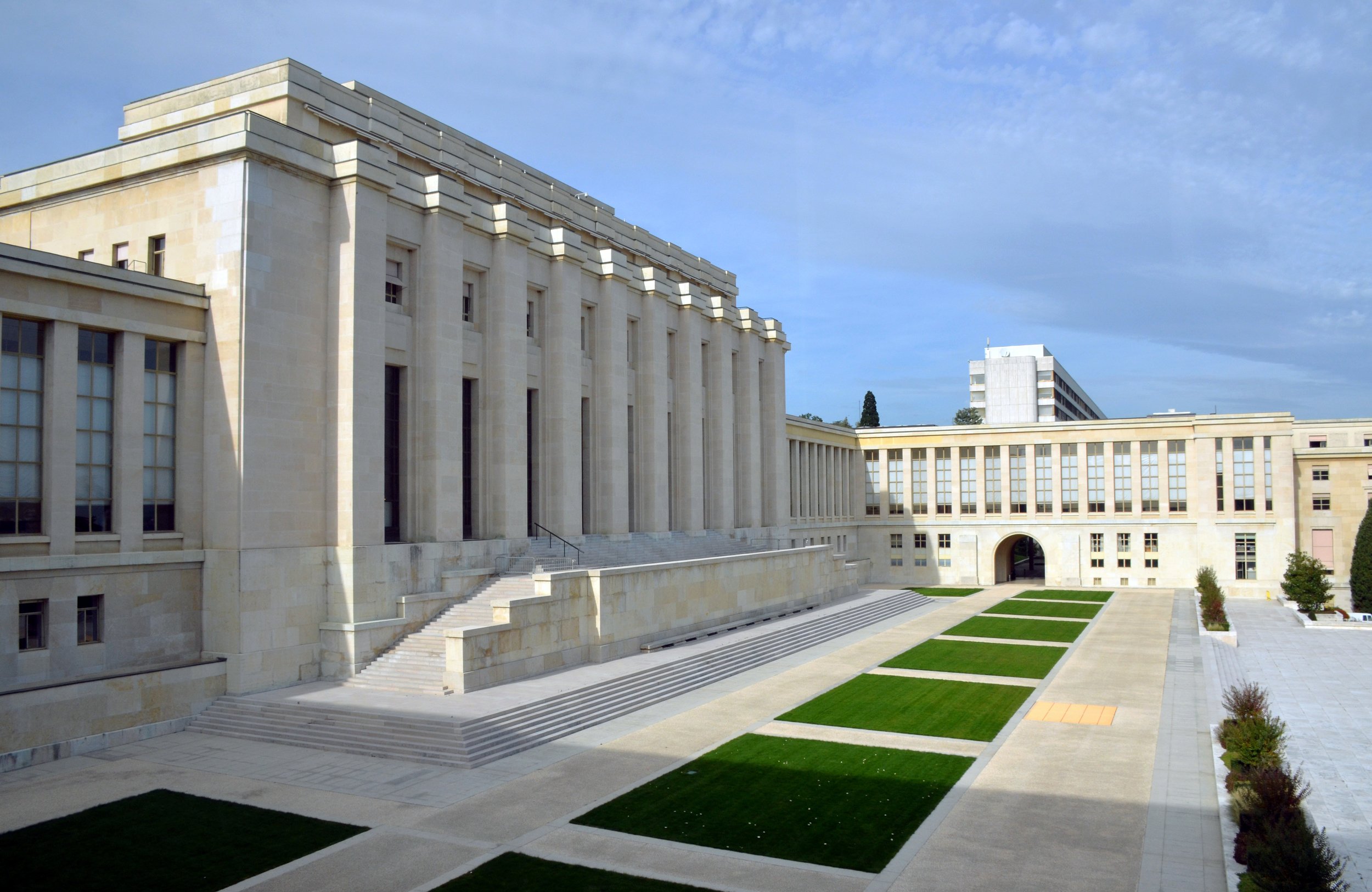 “A human being is part of the whole world, called by us “Universe,” a part limited in time and space. He experiences himself, his thoughts and feelings as something separate from the rest — a kind of optical delusion of his consciousness” – Albert Einstein

The phenomenon of a planetary pandemic or plague of biblical echoes, like other potential threats to the survival of humanity, should evoke in us a reflection about the course of civilization from its beginning. Namely, it appears that at some point the Universe might not necessarily be on our side, favoring our survival. We are forced to ponder the extent to which maybe, just maybe, we are so out of touch with the universal that a mere virus could wipe out much of our world. This one has been a close call, if only because it overwhelmingly caught us by surprise.

Things do not necessarily have to be that way, as this virus affects human beings very differently. Likewise, on a collective level, it may be that the novel virus passes through us without having wreaked apocalyptic havoc. But, truth be told, one year after its onset, there is no individual that can claim to be immune and neither is it known if the virus will stay with us many years into the future due to its variants, even with vaccines.

So, it is safer to err on the side of caution, and that means to be philosophical about it in the sense of deeply reflecting if indeed there might be something so wrong with the general course of civilization that a respiratory sickness whose effects resemble a mere cold might threaten it.

This is absolutely serious. Wim Hof, a Dutch athlete of our times whose specialty is overcoming coldness, has mind-blowing records to his credit. For instance, on Mar. 16, 2000, Hof set the Guiness World Record for farthest swim under ice. On Jan. 26, 2007, Hof set a world record for the fastest half-marathon run barefoot on ice and snow. Hof has set the world record for longest time in direct, full-body contact with ice a total of 16 times. In Feb. 2009, Hof reached the top of Mount Kilimanjaro within two days wearing only shorts and shoes. This overwhelmingly proves in our day and age, and not only for the Ice Age that lasted until 12,000 years ago, that a human being can overcome to superhuman degrees bodily phenomena that may relate to the common cold.

So what is it going to be? Are we going to think that it is “normal” that a respiratory sickness resembling a cold could decimate untold millions in a few years, and if yes, then why would some individuals suffer only minor effects from it? We must conclude that it is not normal at all, but the implication is that something might indeed be wrong with our civilization. Any system is as strong as its weakest part, especially when a chain reaction can be triggered that puts the survival of the whole in question. The evidence is then overwhelming, Coronavirus is a crisis in civilization that bespeaks a crisis of civilization.

Lest we think that we are taking things to extremes — although only defeatists would prefer that a world virus becomes a “new normal,” like the AIDS epidemic has been for decades — we should be reminded that already for the ancient Greeks, civilization in toto was questionable. Hesiod famously spoke of a Golden Age, deep in our past, when men lived hundreds of years in a state of harmony with nature unsurpassed since. And for that matter, there is the biblical Antediluvian Age, when the record made clear that men lived almost a millennium in a far greater state of harmony with nature than in postdiluvian times.

So, is it indeed possible that we need to rule out complacency and consider that the novel coronavirus certainly bespeaks a crisis of civilization? Why not, for goodness’ sake? Wasn’t the Cuban Missile Crisis of 1962, when we came to the brink of nuclear war, also a sign not of a mere crisis in civilization but a crisis of civilization? And for that matter, wasn’t the article “The Return of Doomsday” in Foreign Affairs the most important piece of journalism to appear in 2019, year of COVID-19? The article explicitly posits that we are now in the most perilous times since the Cuban Missile Crisis with WWIII looming in the horizon — also in itself a sign that something is terribly wrong with contemporary civilization. In this past year of 2020, isn’t the fact that the Doomsday Clock of the Bulletin of Atomic Scientists was moved to the closest to midnight, or “ground zero” of an atomic event, by itself also a sign of a crisis of civilization?

I think we are past diplomacy on this point and need to tell our fellow humans that either we get our act together or the cracks in civilization might endanger the ship of state worldwide, because everything points in the direction that either through another world war or a world virus, or their combined impact, our civilization is indeed being questioned virtually in toto. Moreover, not only the ancient Greeks, but the Book of Books as well, postulated thousands of years ago that civilization as we know it has been in an ongoing colossal crisis for millennia. We can then justifiably speak of a critically-ill civilization and so rest our case, Coronavirus confirms a crisis of civilization.

In that sense, however, since anthropology and/or archeology lacks enough records about the Golden Age and the Antediluvian Age to further study why and how humanity could have been in such high plateau and why and how it descended ever since, the wisest course of action with respect to try to diagnose the causes of the ongoing crisis of civilization for millennia would be to start with the Axial Age, 300-500 B.C. There is consensus within scholarship that it was then that our quintessential worldviews emerged, including the Greco-Roman genius basis of the western world. In other words, what we have been calling “civilization” is essentially the conceptions about civilization that we developed in the Axial Age.

Even more importantly, it was in the Axial Age that we started to develop our current cosmological concepts. Of course, there is no conception of civilization not based on cosmological concepts, including the beginning of modern science through the Pre-Socratic philosophers who first began to ask about the ultimate physical nature of the cosmos. Aristotle called them physiologoi, or “physicists,” instead of theologoi, “theologians,” or mythologoi, “myth-makers.” As the name suggests, if physics is the queen of the sciences in contemporary civilization and its most famous priest is Einstein, quoted above, the idea itself that ultimate truth or knowledge about reality belongs to the realm of the physical is nothing but an invention of the Axial Age.

All of this is to say that if Coronavirus corroborates that civilization is critically ill, for better and for worse, it would be the conception of civilization, and specifically the cosmological concepts of civilization since the Axial Age, the ultimate cause of the crisis. This is proven by so circumscribing and constricting the creatures of civilization that they have catastrophist clinical conditions making them more susceptible to succumb, for instance, to a respiratory illness resembling a common cold.

This is no hyperbole, as it has been proven that “Depression is the world’s largest health problem, accounting for more disability than any other disease worldwide.” (“Addressing Depression, the World’s Largest Health Problem,” psychiatrictimes.com, July 30,  2018) The World Health Organization headquartered in the compound of the United Nations at Geneva, Switzerland, also acknowledges depression on its website as a “leading cause of disability around the world.” One of the symptoms of depression in all its forms is shallowness of breath, to the point that many languages have words for depression that imply trouble with breathing, like “dispirited.” Evidently, difficulties with breathwork are a breeding ground for illnesses.

So, is it possible that apart from any other earthly world problem, we have been suffering from an intrinsically debilitating view of the world and universe, enduring literary dispiriting catastrophist conceptions of civilization and the cosmos derived from a reductionistic scientist view of the Heavens and their starry sky that sucks oxygen out of the room instead of taking our breath away? I think the point needs zero belaboring, especially because, in human history, the only human sickness ever analyzed from absolutely all possible perspectives, according to all the knowledge of the times, has been precisely depression. The classic “The Anatomy of Melancholy” by Robert Burton was published exactly 400 years ago in 1621. An Amazon.com review of the work states, “One of the major documents of modern European civilization, Robert Burton’s astounding compendium, a survey of melancholy in all its myriad forms, has invited nothing but superlatives since its publication in the seventeenth century. Llewelyn Powys called it ‘the greatest work of prose of the greatest period of English prose-writing’ while the celebrated surgeon William Osler [considered ‘the father of modern medicine’] declared it the greatest of medical treatises.”

This should not surprise us. According to one of the most astounding works ever published in civilization, “Cosmos and Psyche” by Richard Tarnas, our current conception of the cosmos is not only in deep crisis but is actually the central cause of most of the ills of the planetary present:

“The status of the human being in its cosmic setting is fundamentally problematic — solitary, accidental, ephemeral, inexplicable. […] The disenchanted cosmos impoverishes the collective psyche in the most global way […] For in a disenchanted cosmos, nothing is sacred. The soul of the world has been extinguished: ancient trees and forests can then be seen as nothing but potential lumber, mountains nothing but mineral deposits; seashores and deserts are oil reserves; lakes and rivers, engineering tools. Animals are perceived as harvestable commodities, indigenous tribes as obstructing relics of an outmoded past, children’s minds as marketing targets. At the all-important cosmological level, the spiritual dimension of the moral universe has been entirely negated, and with it, any publicly affirmable encompassing ground for moral wisdom and restraint. The short term and the bottom line rule all.  […] Myopically obsessed with narrow goals and narrow identities, the powerful blind themselves to the larger suffering and crisis of the global community. […] This, therefore, has become the looming question of our time, what is the ultimate impact of cosmological disenchantment on a civilization? What does it do to the human self, year after year, century after century, to experience existence as a conscious purposeful being in an unconscious purposeless universe?” (ch. “The Cosmological Situation Today,” pp. 26-33)

The answer is self-evident, as formulated by the philosopher Friedrich Nietzsche, “Oracle of the West,” who commented upon such disenchanted cosmos, “Are we not straying as through an infinite nothing? Do we not feel the breath of empty space? Has it not become colder?” So, with respect to the present planetary pandemic, nothing is more clear: before we suffered from Coronavirus, we suffered from a catastrophist conception of civilization caused by a catastrophist conception of the cosmos, that in turn caused in us catastrophist clinical conditions like being earthlings in chronic low spirits, low energy, low life, and in all that sense we enter the catastrophism of Coronavirus.

Atzil Adam is an independent monotheist Bible scholar and political philosopher resident of The Valley and this piece is the preface of his forthcoming book “The Catastrophism of Coronavirus.