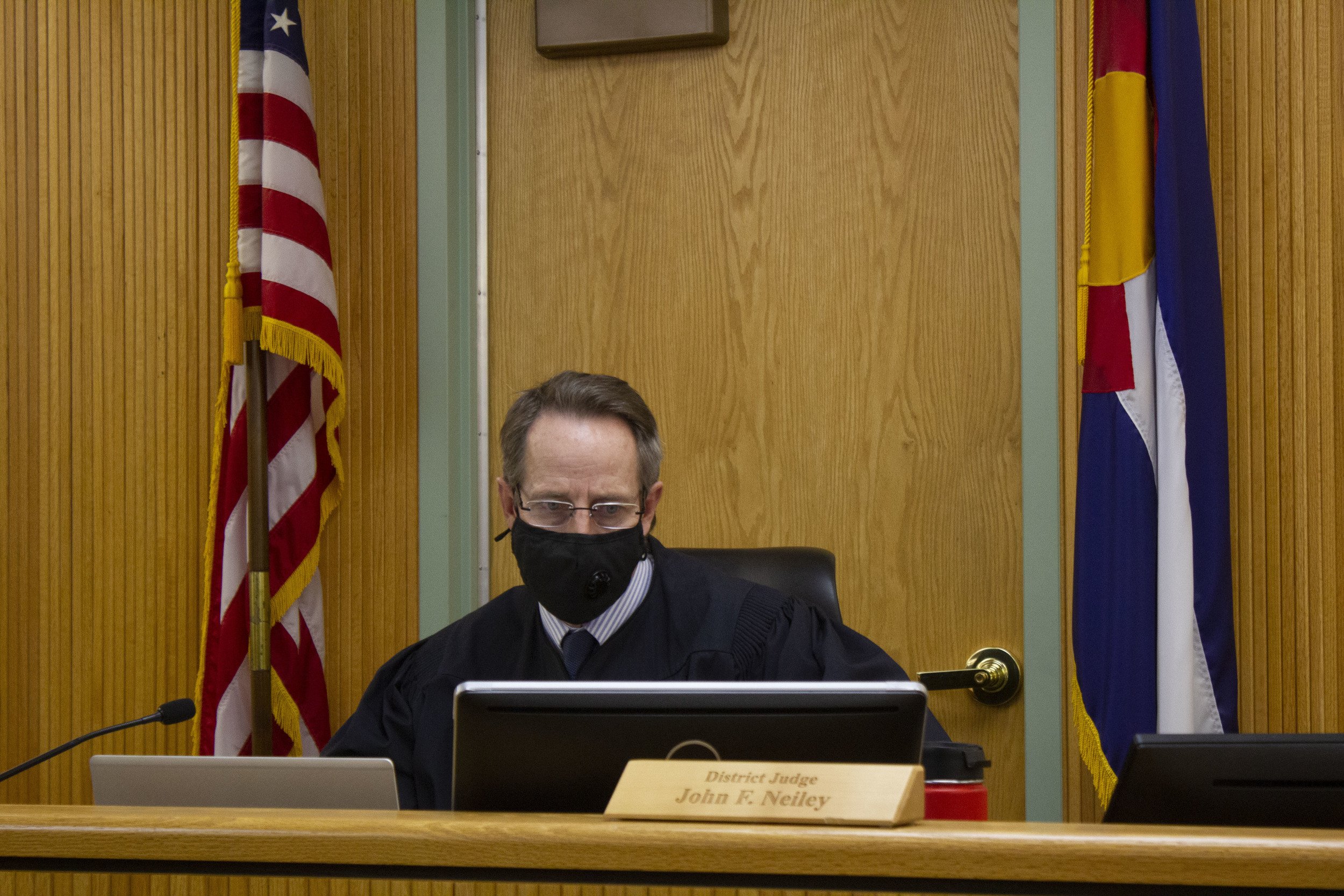 In any given field, it is generally open to interpretation whether a silver lining shimmers as a result of COVID-19 and the virtual reality wave. The local judicial system is no exception.

According to Clerk of Court Dawn Garey, most hearings at the Garfield County Courthouse in Glenwood Springs are being held virtually. The Ninth Judicial District, which includes Garfield, Pitkin and Rio Blanco Counties, is using WebEx — a program similar to Zoom — to facilitate most proceedings.

Folks still have the option to come to court in person but it seems the majority are opting to appear in this new way. Not only do the parties to a case have the option to appear virtually, but their attorneys do as well. Oftentimes, the only persons present in the actual courtroom is the judge and often their clerk.

To some, it is considered a great alternative which can continue to be utilized once the pandemic is at bay. Nonetheless, the transition comes with some concerns. District Court Judge John Neiley noted that people have tapped into a hearing while on the bus or perusing aisles in the grocery store which takes away from the formality of court.

While attorneys and judges previously had access to a secure online filing system, known as ICCES (Integrated Colorado Courts E-filing System), people proceeding without counsel (or “pro se”) did not have the same means. To make it possible for pro se individuals to file electronically, the court staff created an email account for them to use.

Things become problematic when jury trial dates approach. Part of the problem is ensuring that the constitutionality of a trial is upheld. For instance, a juror is obligated not to do any outside research on a case while they’re serving. Even though it was entirely possible for a juror to go home during a break before and read a newspaper article regarding the case, the thought of information being available at their fingertips on the same device where they’re viewing the trial has raised a red flag.

In response, Ninth Judicial District Chief Judge James Boyd issued a series of orders regarding jury trials during the pandemic. He signed the latest modified version on Dec. 13 which suspends all jury trials set before Mar. 1. Anyone who received a jury summons for a trial prior to that date is off the hook.

He sees virtual appearances as a way to streamline simple hearings and low level cases. “Many important hearings can be accomplished virtually,” he stated, including “protection orders for victims; revocation hearings for defendants not following the terms of their probation; as well as plea hearings and sentencing for those individuals taking responsibility for their actions.”

The Deputy DA would like to see the virtual option remain and specifically said, “Virtual court in the future would be helpful in some instances such as when inmates housed elsewhere need to appear in our jurisdiction so we could avoid unnecessary transportation costs” he stated. Also to “allow some appearances for victims who are out-of-area.”

According to Mallory, all of the attorneys in their office have been appearing virtually since the option arose. Breaking with tradition, Scott Troxell, the office head of the Glenwood Springs office of the Colorado State Public Defender, agrees with opposing counsel that virtual hearings can be beneficial, albeit from a different perspective.  “As a rural jurisdiction,” he stated, “[it] Allows our clients to appear in court without the expense of travel or missed work for typically short court appearances.”

However, Troxell shares Judge Neiley’s concern that peoples’ constitutional rights could potentially be at stake. “For more substantive proceedings,” he began, “virtual appearances represent a fundamental change to many of the bedrock principles of our justice system, and for that matter: our democracy.” He borrowed a quote from a ruling by the late Supreme Court Justice Antonin Scalia which states that, “Virtual confrontation might be sufficient to protect virtual constitutional rights; I doubt whether it is sufficient to protect real ones.” This references a defendant’s right to confront their accuser and witnesses in trial.

“In short,” Troxell stated, “Virtual appearances can be used post-pandemic but should be limited and the decision should always remain with the person whose liberty is at stake.”