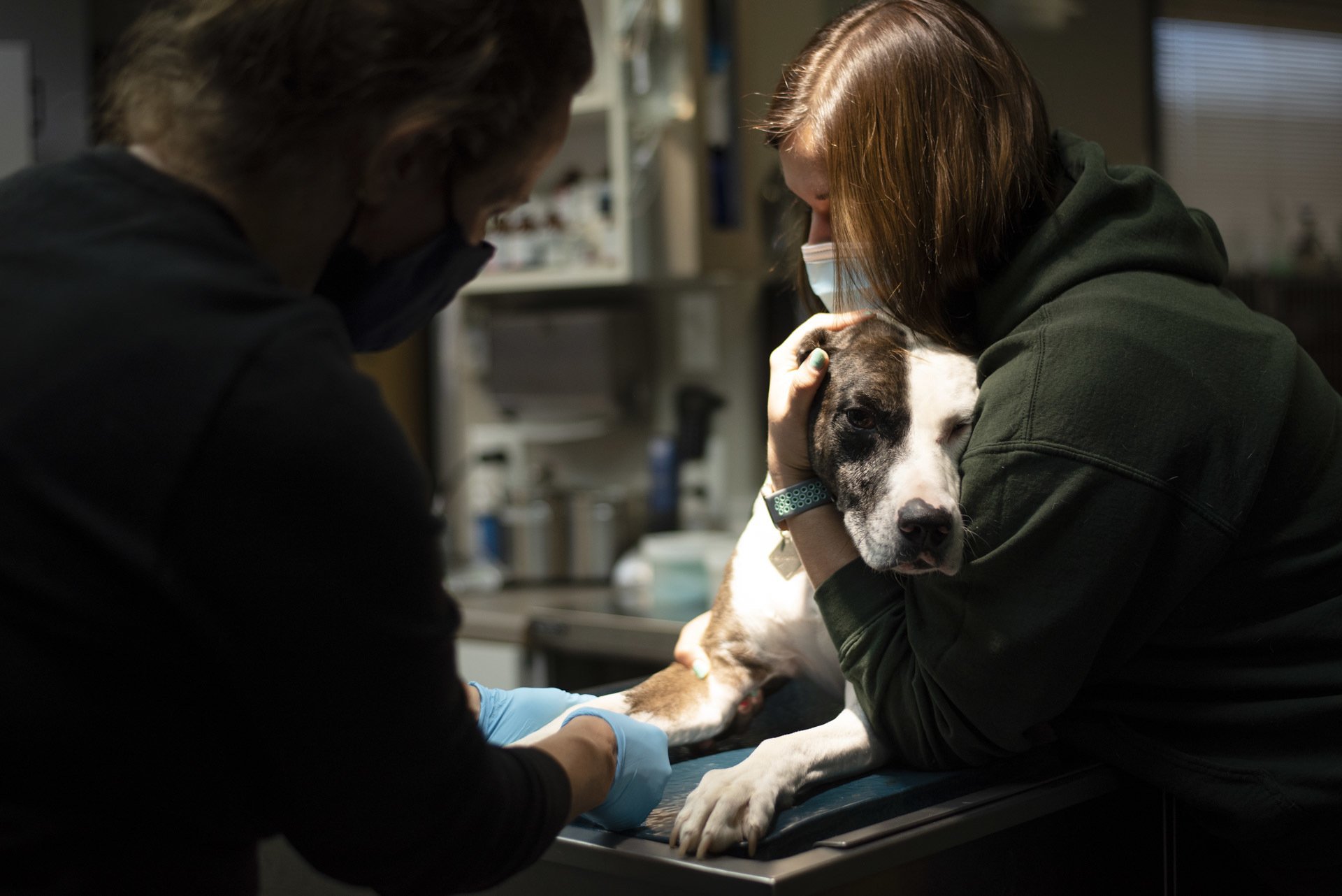 Registered vet tech Jen Bailey draws blood from her dog Gunner. As a blood donor, Gunner is required to have his blood work run annually. Photo by Laurel Smith.

It’s 2 a.m. and your cat is staggering and having seizures. What can you do?
It may be time to immediately contact the closest emergency vet clinic. Fortunately for residents of the Roaring Fork Valley, Basalt’s Valley Emergency Pet Care (VEPC) treats small animals like household pets. The clinic, according to Practice Manager S. Moring, also treats stray animals brought in due to injury or illness and brings the animal to a nearby shelter like Colorado Animal Rescue in Glenwood Springs. The closest emergency vet practice besides VEPC is in Grand Junction, a two hour drive away.

How is the quality of care?
Louise Herman, a pet owner who has relied on the clinic several times since it opened more than a decade ago says, “I was calling [our dog] to come inside from our large, fenced yard around 9 p.m. When she didn’t respond, I went outside and found her lying down, totally unresponsive. We rushed her to VEPC, where the vet couldn’t find a vein, so he used a scalpel to open a leg and was able to get an intravenous infusion going with the critical medication she needed. He saved her life. The vet told us this was the first time in 20 years he had to do that.”
This past November, as posted on the VEPC website, pet owner Raquel wrote “You guys are so amazing!! We had to take our chihuahua there a few times for emergencies. Tonight was no exception. We were devastated at the thought of leaving him. Not only is he receiving the best care, but Amanda sent us an update on him and a picture of him cuddled up on his blanket on one of their soft, cozy beds.”
VEPC emergency care specifically, with a cardiologist that sees appointments once a month. Referral to specialists in Denver can also be coordinated.
Additionally, VEPC can perform a variety of surgeries for issues like orthopedic, head and neck, soft tissue, thoracic and minimally invasive procedures.
VEPC veterinarian Alison Ordelheide recalled, “We had a three-week-old puppy come in suffering from pneumonia, and is now okay. Another dog, one and a half years old, had been very lethargic for a few days.” Turns out, she said, the animal had a urinary tract infection.
When trauma happens, she added, it can be a difficult situation for owners to comprehend. “I think it’s a psychological process, as many people are not quite prepared for the suddenness of the situation.” 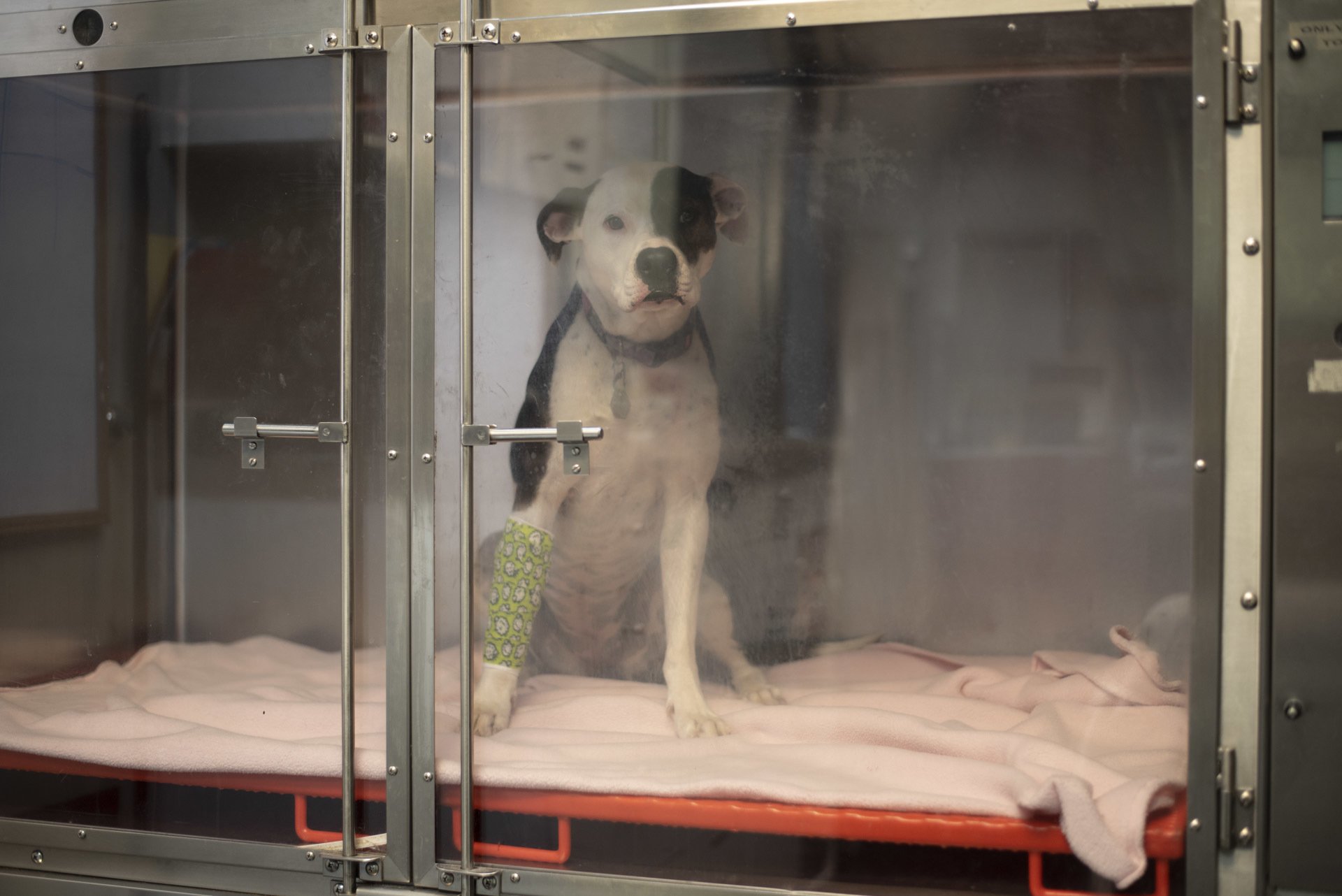 Pathways Vet Alliance owns this and 390 other practices around the country, including 19 in Colorado, and is based in Austin, Texas. Valley Emergency Pet Care is located at 180 Fiou Lane in Basalt and is open 5 p.m. to 6 a.m., Monday through Friday, and all day and night on weekends. They can be reached at 970-927-5066.

When to call an emergency vet

from the American Veterinary Medical Association