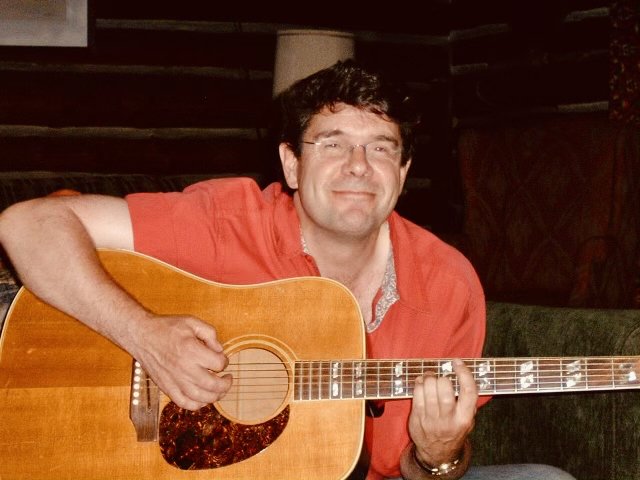 The world is more dimly lit since Mark Stranahan, the middle child of George and Betsy Stranahan, died on Dec. 30, 2020 at the University of Michigan Hospital in Ann Arbor, Michigan, as a result of complications of septic necrotizing pancreatitis. He was 63.
Mark’s journey began in Pittsburgh, Pennsylvania on Jan. 30, 1957. He grew up the third of five siblings and his father had a sixth child in a later marriage. Because of his father’s career as a physicist, the Stranahan family lived in West Lafayette, Indiana and Okemos, Michigan during the school year. His father started the Aspen Center for Physics, so summers were spent in Woody Creek.
As a young boy, Mark enjoyed reading, camping, hiking, fishing, time in the wilderness and building things. His first love came at the age of 12 in the shape of a springer spaniel named Stonewall. She lived until Mark was 23, during which time they were constant companions. Her portrait graces Mark’s home to this day.
Mark spent summers of his high school years working construction and once rode to work with his boss, Basalt-based architect Harry Teague, who became a role model and mentor.
Mark had a fondness for springtime desert camping and old Jeeps. After graduating from Colorado Rocky Mountain School in 1975, he took his Korean War-era ¾ ton Dodge M-43 Army ambulance, fitted with colossal Boeing 707 tires, on a tour of the West at 45 mph, ultimately enrolling at the University of Oregon. At this time in his life, he purchased a former turkey farm in Elmira, Oregon and hatched great adventures, developing many lifelong friendships.
He left Oregon to finish his education at the University of Michigan in Ann Arbor while starting a family of his own with his new wife, Julie Fruehauf (now Mariouw). He earned both a B.S. degree in Architecture (1987) and M.S. in Architecture (with high distinction, 1998) from the University of Michigan.
The most significant milestone of this time was becoming the father of Laine and Stephen, then known as Gus. Mark’s proudest accomplishments were his cherished children and being a father was the role he valued most. When Laine and Gus were students at Emerson School, he became an enthusiastic advocate for progressive independent education.
In 2005, Mark married Karen Prochnow, a lifelong friend with whom he fathered Mason and Max, now middle school students at Summers-Knoll in Ann Arbor.
Mark’s heart was always west of the Mississippi, and he yearned to live west of the Continental Divide, but his education and then his children kept him in Michigan. While an undergraduate, Mark had the opportunity to work in China, which led to a lifelong friendship with visionary architect Richard Britz of Vashon Island, Washington. In the last decade of his life Mark purchased a second home on Vashon Island, and designed a Russian stove decorated with Motawi tile. It is a work of art and energy efficiency. Mark advocated for sustainable design and green development, environmental responsibility and progressive education.
Mark created human-centered, beautiful spaces, whether renovating a home or designing a school layout. Later, while running his own home inspection business, his meticulous eye for detail, encyclopedic knowledge of structures and personal integrity made him highly-respected.
He appreciated human-crafted beauty in the form of music, literature, art, craftsmanship and architecture. He was a guitarist, writer, photographer and visual artist. He flew airplanes, mountain biked, skied and paddled canoes, always studying how to become more expert. Mark’s international travels took him to Mexico, Nepal, China, Italy, France, Australia and the Adriatic.
Mark loved cars and speed and won a regional formula Mazda championship in 1996. He was an inveterate learner and a deep thinker. His many and varied interests included pottery, machinery, natural history and leatherwork. He was extraordinarily well-read and enjoyed long conversations about diverse topics, including political and economic theory, art history, anthropology, sociology, systems theory and critical theory.
Mark was an autodidact and always had a book or two on his person. There was never a topic of conversation to which he couldn’t lend some wit or thoughtful commentary. He was a good listener, a caring friend, had a wicked sense of humor and enjoyed practical jokes. Mark will be remembered by many for his helpfulness, kindness, generosity, friendship, curiosity and wisdom.
Mark’s remaining family are grieving the loss of this unique star from their family constellation. They include his four children, Elaine Fruehauf Stranahan (Laine), of Berlin, Germany; Stephen August Stranahan (Gus), of Garden City, Michigan; Mason Duane Stranahan and Maxwell Quinn Stranahan (Max) who reside with their mother, Karen Prochnow, in Ann Arbor. Mark is also survived by his partner, Gaia Swan of Detroit, Michigan; as well as his father, George, and stepmother, Patti, of Carbondale; siblings Molly and her husband, Tom Curtin, of Tucson, Arizona; Patrick of Bozeman, Montana; Stuart and his wife Linda of Bainbridge Island, Washington; Brie of Nederland, Colorado; and Ben of Los Angeles, California; along with nieces Madison Stranahan of Bozeman, Rayna Miller of Lake Tahoe, California; and nephews Austin Stranahan of Santa Barbara, California; Taig Miller of Nederland; and Francisco Stranahan of Bainbridge Island. Mark was predeceased by his mother, Betsy Lamb Stranahan of Ann Arbor, in 1993.
Mark was a consummate volunteer, working passionately to elevate the causes he cared about including Habitat for Humanity of Huron Valley in Ann Arbor. He served on the boards of the Michigan League of Conservation Voters, Summers-Knoll School and The Neutral Zone.
If you are drawn to make a contribution in his memory, Mark would have appreciated support for organizations whose work was close to his heart.
An online memorial is planned for Jan. 30, 2021, which would have been Mark’s 64th birthday. The family intends to host an in-person gathering when the pandemic allows, perhaps in Colorado during the summer, to continue to honor Mark’s life.