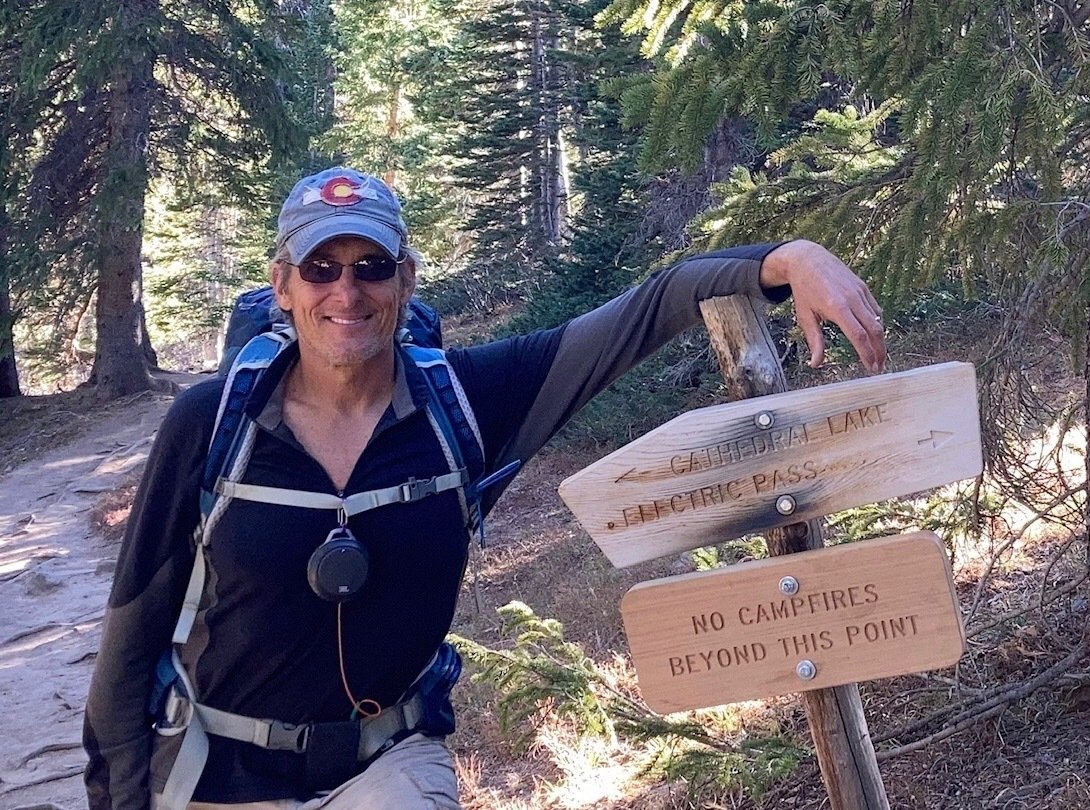 Q: Where did you grow up?
A: In New Jersey. I lived in Newark for 13 years and then moved to a place called Cranford. My parents were both Polish immigrants. My dad was taken to Siberia during World War II, and my mom was run out of her village and taken to Germany and worked on a farm, kind of forced labor, during the war. They both immigrated here after the war … and met here in the states. My folks were always big on education. I have a younger sister. I’m a lawyer and she’s a doctor, so my mom got the American dream.

Q: Where did you go to college?
A: I did my undergrad at Rutgers, and my junior year I [went] to the University of Nevada, Reno. That was my first exposure to the West and I fell in love. I finished my senior year at Rutgers and promptly moved to San Diego to go to graduate school and law school. I lived in San Diego for 10 years, mostly in northern San Diego county. It was kind of like the Roaring Fork Valley. You had these little towns up and down the coast, and they each had their own unique personality.

Q: Were you practicing law there?
A: I took the California bar and a year after I passed, I moved to Denver and practiced personal injury law there for 25 years.

Q: How did you get into that?
A: I always liked fighting for the underdog. My dad worked in a ball bearing factory his whole life and he lost his hearing because of that. Workers’ comp gave him a $7,000 check and that is just so wrong. Fighting the powers that be, I always thought was a noble undertaking.

Q: How and when did you get interested in the Grateful Dead?
A: You kind of have to be turned on to the Dead — someone has to deem you worthy of entering into this little secret group. [Laughs]. There were a lot of Deadheads in my high school. A guy gave me a tape of a 1977 concert recorded off the radio.

Q: When did you see your first concert?
A: March of 1980. It took a couple of times and then I got hooked. [During college] we would do anywhere from five to 10 shows in a row.

Q: Would you travel with the band and camp out?
A: In the early ‘80s that zoo hadn’t quite developed. We’d pack six people in a hotel room, go to the show and move on to the next town, then rush back to classes. Reagan had just gotten into office, and Dead concerts were an oasis of sanity. Jerry Garcia is probably the biggest influence on my life, other than my folks. The Dead used to say, “We’re the last great adventure.” Early on, it didn’t matter what you looked like … if you were there you were welcome. It was just one big, happy family.

Q: You’ve become quite an archivist of the Dead and other live music.
A: I started helping my friends tape shows and collecting tapes. I started trading tapes and had a huge tape collection. After a while, certain [concert] dates mean certain things. That’s how I got to the format of the show I do on KDNK.

Q: How did you get involved with the station?
A: I remember seeing an ad in The Sopris Sun about DJ training. My first on-air date was in Oct. 2018, and I was given my own slot starting on Mar. 8, 2019.

Q: Describe the format.
A: I’m so attuned to dates that I thought, I’ll just find stuff that was played on the date you’re on the air and put together a show. In my opinion, the Dead created their own genre of music: the jam band. There are so many great bands that allow and promote taping, so there’s a wealth of live music out there to choose from. I have about 3,000 CDs of live music. Most times, I have way too much music to play.

Q: You always provide a wealth of information about each show.
A: There’s a book called “Dead Base” that has all the shows and set lists. As a tape trader, that was kind of the bible. I have a lot of that [information] committed to memory.

Q: What are your other interests?
A: Libby and I are big hikers and I’ve gotten into uphilling out here. One of the goals I had was to climb all of the fourteeners. That took 10 years, and I dragged Libby up about 30 of them. Our favorite hikes are the one we just did and the one we’re looking forward to doing.

DJ Grateful Ed can be heard on KDNK every other Friday afternoon, from 2 p.m. to 4 p.m.