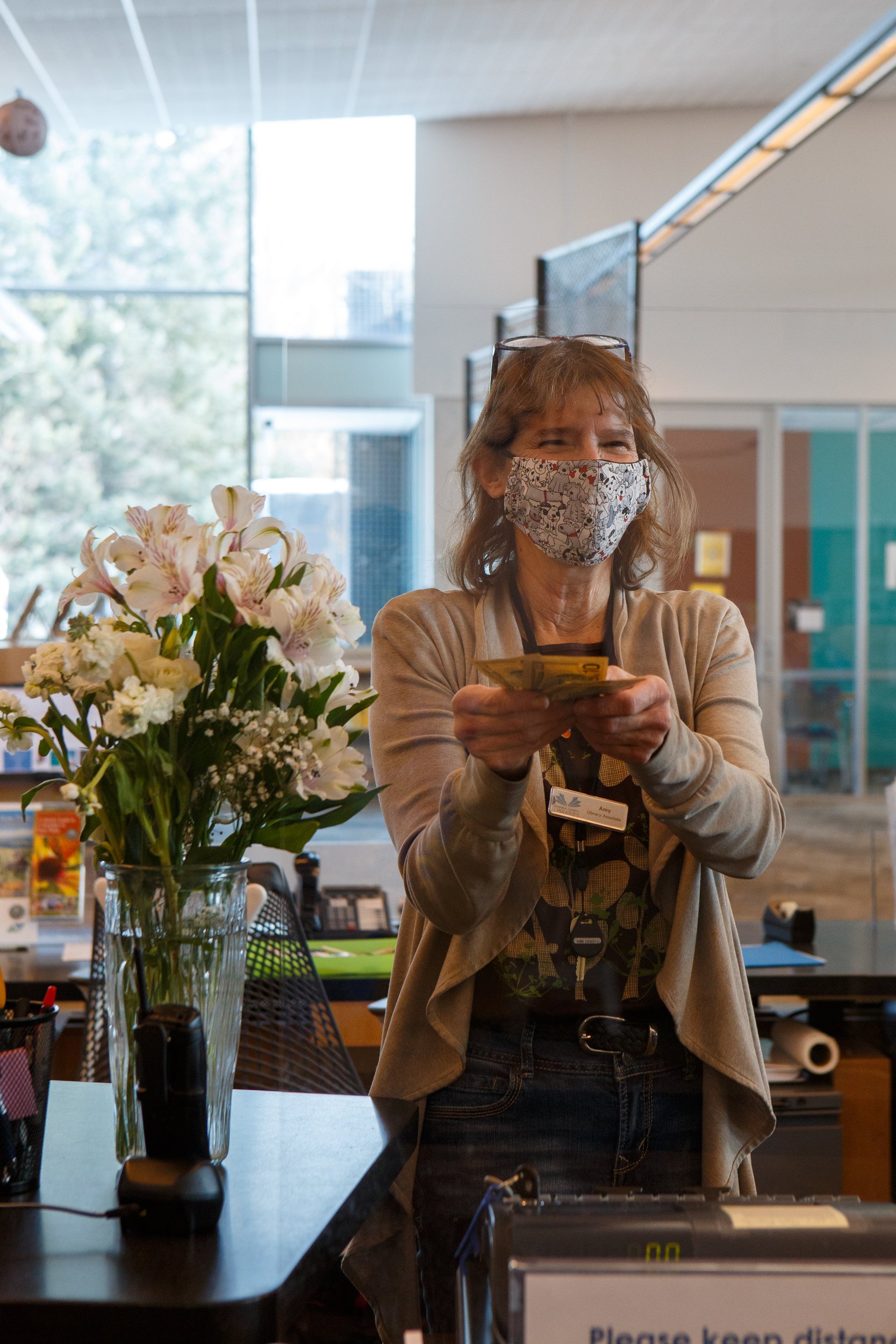 Garfield County Public Libraries (GCPL) is once again setting the standard for community engagement and free education by eliminating overdue material fees — indefinitely.
Although overdue fees have been removed, library materials still have a due date and items 60 days past due will have a replacement fine added to the account. Fortunately, if the item is returned then the replacement fine will be removed, according to GCPL Collection Manager Whitney Jordan.
Decided by the library district’s board in 2020, the initiative went into effect for all six branches on Jan. 1, 2021 as part of a nationwide initiative to increase library patronage and reduce financial barriers.
“There’s a big movement to go fine-free,” Jordan said. “A lot of libraries that talked about going fine-free say that eliminating [fees] has increased their library usage and brought people back into the library.”
When the Denver Public Library went fine-free in Jan. 2019, they saw 35% of their patrons with fines reengage within the first 12 months, according to the Denver Post. Other major cities that have gone fine-free include Chicago Public Library, Boston Public Library, and Minnesota’s St. Paul Public Library System. All reported positive reengagement with patrons, according to Forbes Magazine.
Jordan explained that in the past, fines were used as a way to encourage timely returns for materials. However, GCPL found what libraries across the nation were discovering: fines were a deterrent for some patrons.
According to Jordan, the fear of being unable to pay a potential fine kept potential patrons away and others, who had incurred heavy fees on their accounts, felt incapable of paying so they never came back.
“No matter how small they are, even if it’s only 10 cents, community members can feel like they are being judged when they come in and that creates barriers,” Jordan said. “We’re not here to do that. We’re here to remove those barriers and provide access to the materials and services that we have. The library should be a space that is welcoming to the community and free of judgment.”
So, will this change increase hold times on popular materials? According to Jordan, research indicates otherwise. In Oct. 2019, fines were eliminated at the Chicago Public Library and they saw a 240% increase in book returns within the first few weeks, according to the Chicago Tribune. Additionally, when Dayton Metro Library eliminated fees in Jan. 2018, they reported over 20,000 overdue items returned through May — more than double the number from 2017 during that same period, according to Dayton Daily News.
“Most of the libraries in Colorado that have gone fine-free have seen people returning those items on time,” said Jordan. “They haven’t found a correlation between the elimination of fines and an increase in late returns or longer wait times. We’re expecting the same results.”
To further reduce wait times, she said that when Garfield County voters approved Ballot Initiative 6A in Nov. 2019, one of the library’s goals was to purchase additional copies of popular books and materials. This has already shown to be helpful and will continue to be with the elimination of fines.
Financially, this move makes sense for GCPL as well. Considering that overdue fines accounted for less than 1% of GCPL’s annual revenue, this is not a major financial loss for the library.
“It’s a common misconception until you really run the numbers and pull the data,” said Jordan. “Across the U.S., it ends up being a very, very small percentage and by not collecting those overdue fines anymore, it is not going to be a very big hit for us.”
The excitement of this new initiative is apparent. Jordan said that she looks forward to seeing the libraries full again, when it is safe to do so, and hopes that with fine elimination new cardholders will be added throughout the year.
“The hope is that this will make the library a more welcoming, judgement-free place,” Jordan said. “I hope this increases engagement with the community and shows that we are there for them; that we have resources for you to check out because you’re looking to be entertained or looking to learn something. We’re really excited about this.”
Ready to get your library card? Visit https://garfield.marmot.org/MyAccount/SelfReg to register today!