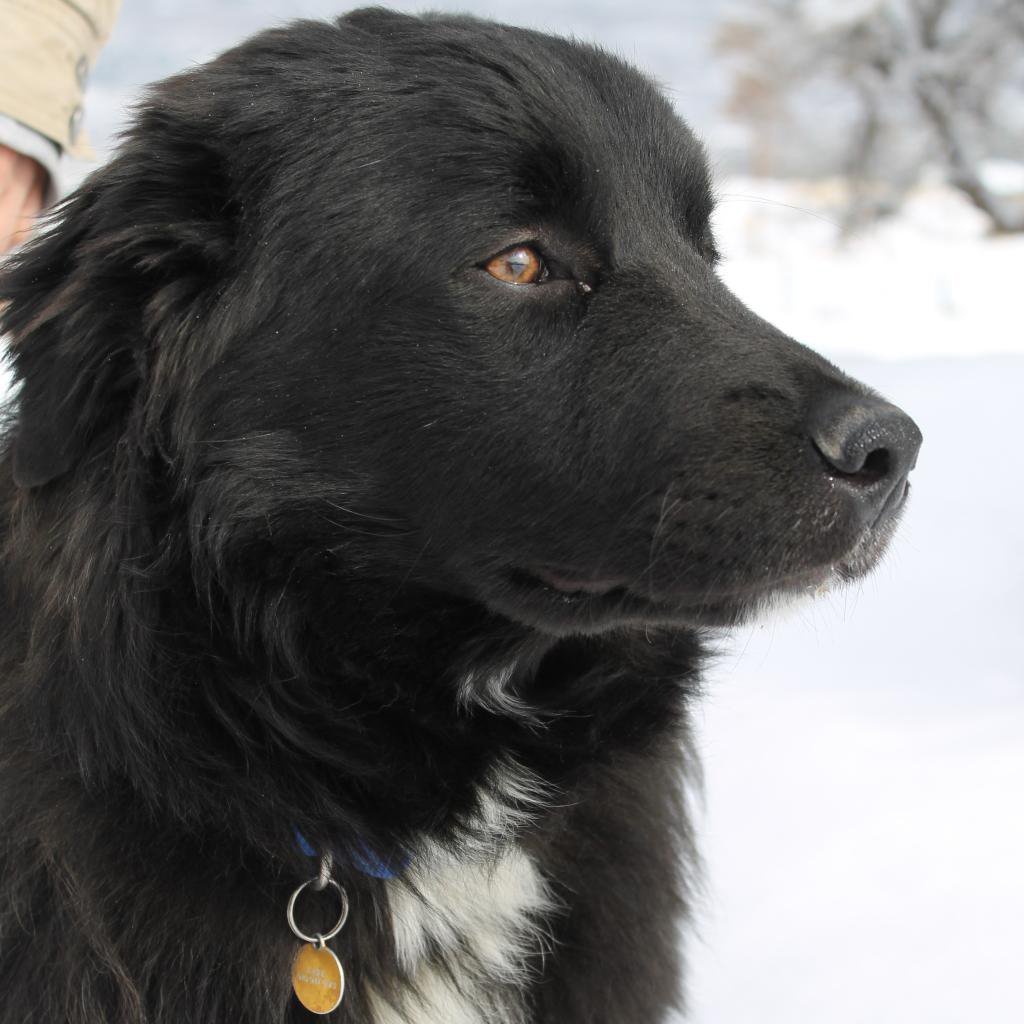 Peat was found on Four Mile Road, socialized by C.A.R.E. and adopted within 12 days. Courtesy image.

According to Wes Boyd, Executive Director of C.A.R.E. (Colorado Animal Rescue), their animal shelter is operating as normal despite the recent elimination of the Garfield County Sheriff’s animal control program. The loss of funding for animal control from the county sheriff means that there will no longer be Garfield County Animal Control Officers available to handle or capture lost pets, trap stray animals, transport animals to shelters, or to provide assistance in the spaying, neutering, or funding of vaccinations for animals retrieved from unincorporated Garfield County locations. Municipal animal control services are expected to continue unabated.
The only other animal shelter currently providing services in Garfield County is the Rifle Animal Shelter, which has also benefited from the Garfield County Sheriff’s Animal Control program in the past. Heather Grant, Director of the Rifle Animal Shelter, encourages citizens to be mindful of their own safety when transporting animals to any shelter from unincorporated Garfield County. There are currently a total of 58 animals in the care of Garfield County’s two animal shelters: 33 at C.A.R.E. and 25 at the Rifle Animal Shelter.
C.A.R.E.’s Executive Director Boyd reports that, “We are now relying exclusively on the goodwill of citizens and volunteers to inform us about county stray pets, connect them to their owners and, when necessary, bring them to the shelter. Our 2021 budget is significantly reduced compared to years prior. The recent elimination of the Garfield County Sheriff’s animal control program means that we won’t receive per-animal fees for county stray animals. This, combined with a decrease in funding from the Garfield County Board of County Commissioners, represents a 10%, or $80,000 decrease in our overall budget.” Despite the dire circumstances, Boyd notes that C.A.R.E. “remains focused on engaging with our community, protecting stray animals and preventing pets from losing their homes.”
Boyd is not just referring to our canine and feline friends. He says that C.A.R.E. animal residents have included ferrets, rabbits, guinea pigs, bearded dragons, snakes, parrots and chickens. He recalls that past residents even included a small crocodile. Recently, a large, colorful iguana called “Godzilla” joined the menagerie.
When asked about a stray recently brought to C.A.R.E., Boyd recounted the story of a dog named Peat. Boyd recalls that “Peat was found on Four Mile Road. He was under-socialized, he could not walk on a leash, and he was afraid when meeting new people. No one came to retrieve Peat and, after five days, he was neutered and deemed healthy enough for adoption.” Peat came “out of his shell” with the help of the organization’s canine behavior team and he was adopted after just 12 days at C.A.R.E. Boyd credits Peat’s success story to the now-defunct animal control program, and to the donors whose support enabled staff to guide Peat through the socialization process.
Boyd states that “The future of our shelter will depend on the commitment of local municipalities and governments to provide ongoing funding for animal welfare programs and services. This work, across the nation, has proven to be vital to a healthy community. With our community’s love for animals and desire for healthy citizens, I’m confident that our elected officials will continue to prioritize and adjust funding accounts for our animal shelters.”
As for Boyd’s outlook on C.A.R.E.’s future, he hopes that “Our community will continue to see the added value of an appropriately funded local animal shelter. With the support of engaged citizens, funding will remain and increase.” He continues, saying that “We see a strong future for our organization and we are confident that pets in the Roaring Fork Valley and Garfield County will remain safe and loved while contributing to a healthy community.”
This year, perhaps more than any other year, it is easy to see the logic that links the companionship of our animals to the well-being of the humans that love them.
For more information about C.A.R.E., call 970-947-9173. The Rifle Animal Shelter can be reached at 970-625-8808.