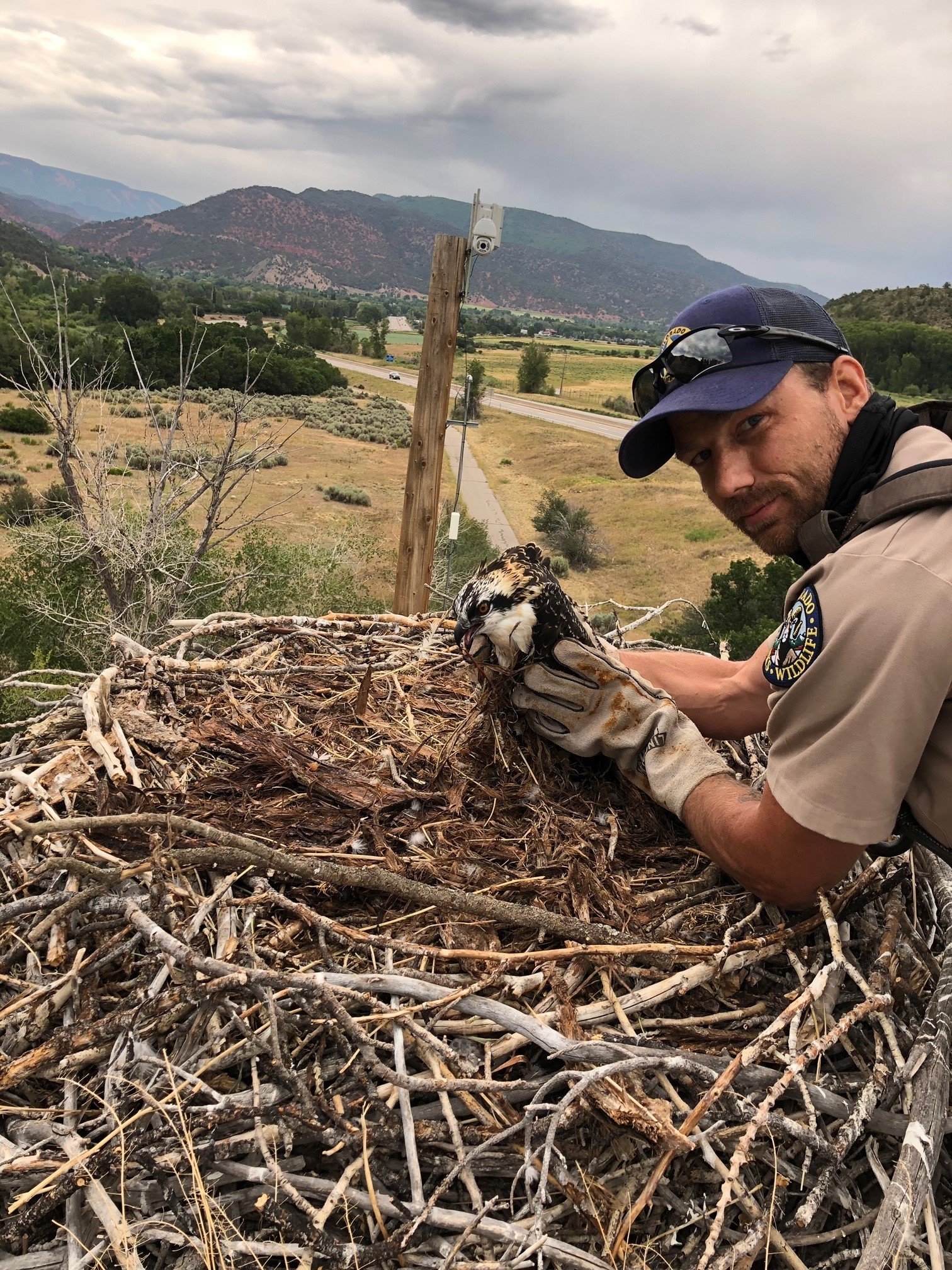 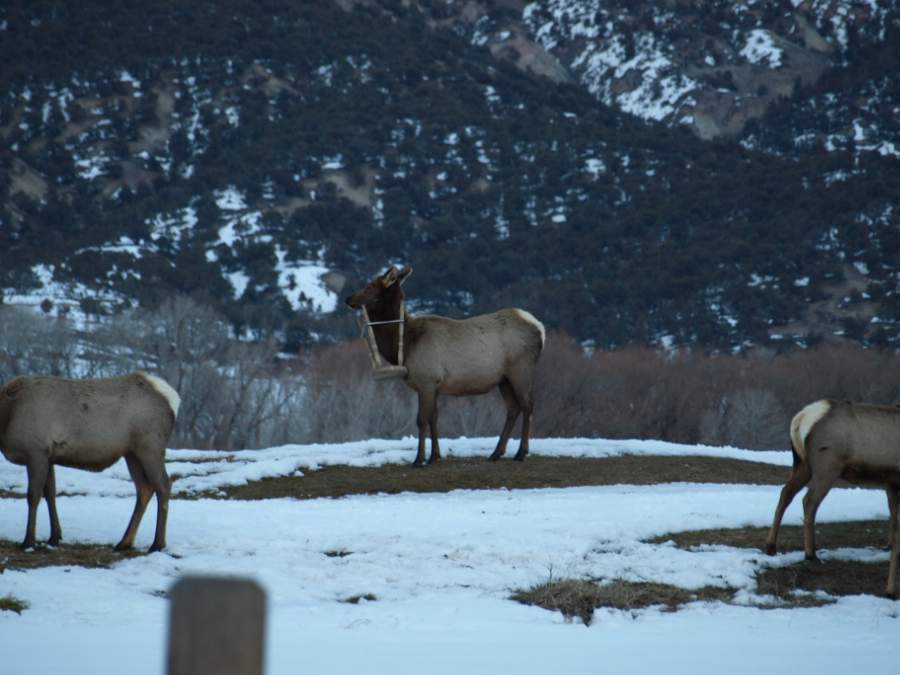 A cow elk with a bar stool stuck on her head. Courtesy image.

In December, my housemate discovered a buck in our yard with an injured leg and mangled antler.
What do you do for injured wildlife?
“Ideally, leave it alone and give [Colorado Parks and Wildlife] a call so we can assess it,” says District Wildlife Manager John Groves. “I’ll look at the condition of the animal — is it mobile, is it lying down on the ground, can it get up? I’m looking to see what the probability of it getting better is.”
Colorado Parks and Wildlife (CPW) will leave an animal with minor injuries alone. Groves tells of a deer with a broken leg, limping but mobile. A few years later, Groves still sees this buck in the neighborhood, doing well.
Some injuries, however, require intervention. CPW treated a bighorn sheep for a puncture wound in his neck, needing to tranquilize him first. Over time, Groves watched it recover and carry on with it’s life. Not every wound ends so well.
“If it’s an obvious compound fracture, the most humane thing to do is to put an animal down. Honestly,” says Groves, “that’s one of the worst parts of our job … the reality is, we want to do what’s right by the animal and not let them suffer if there’s no chance of recovery.”
Wildlife fencing along I-70 and Highway 82 has reduced wildlife collisions by 80 to 90 percent, but they still occur. When this happens, call 911. A Colorado state trooper will file an accident report, notify CPW, and euthanize wildlife that will not survive.
Collisions aren’t the only issue impacting wildlife health. In a herd of six bucks and three yearlings near the Waldorf school last week, one of the bucks had a snarl of orange baling twine in its antlers. Wildlife tangles with string lights, clothes lines, swing sets, and sports nets for volleyball or soccer, “stuff low enough that a buck can rub its antlers in it,” says Groves.
These impediments make wildlife susceptible to snagging, thus, predation, dehydration, or starvation. If it’s a significant issue, call CPW. These cases are harder to manage, as the animals are mobile. Fortunately, ungulates shed antlers this time of year. In extreme cases, though, CPW can drug animals to remove the problem.
Loose, sagging barbed wire or abandoned fences can harm animals, too. In early January, a cow elk leapt over a mid valley irrigation ditch to access pasture and forage. She impaled herself on a t-post that had been left standing when the fence was rebuilt. After freeing herself, she bled out and perished.
For wildlife’s sake, drive more slowly at dusk and nighttime. Expect animals. Scan roadsides for motion, animal eyes, or silhouettes. If you have regular wildlife visitors in your neighborhood, be conscious of entanglement hazards in your yard. When you witness injury or vulnerable animals, don’t approach the animal. Contact Colorado Parks and Wildlife at 970-947-2920 or call 911.