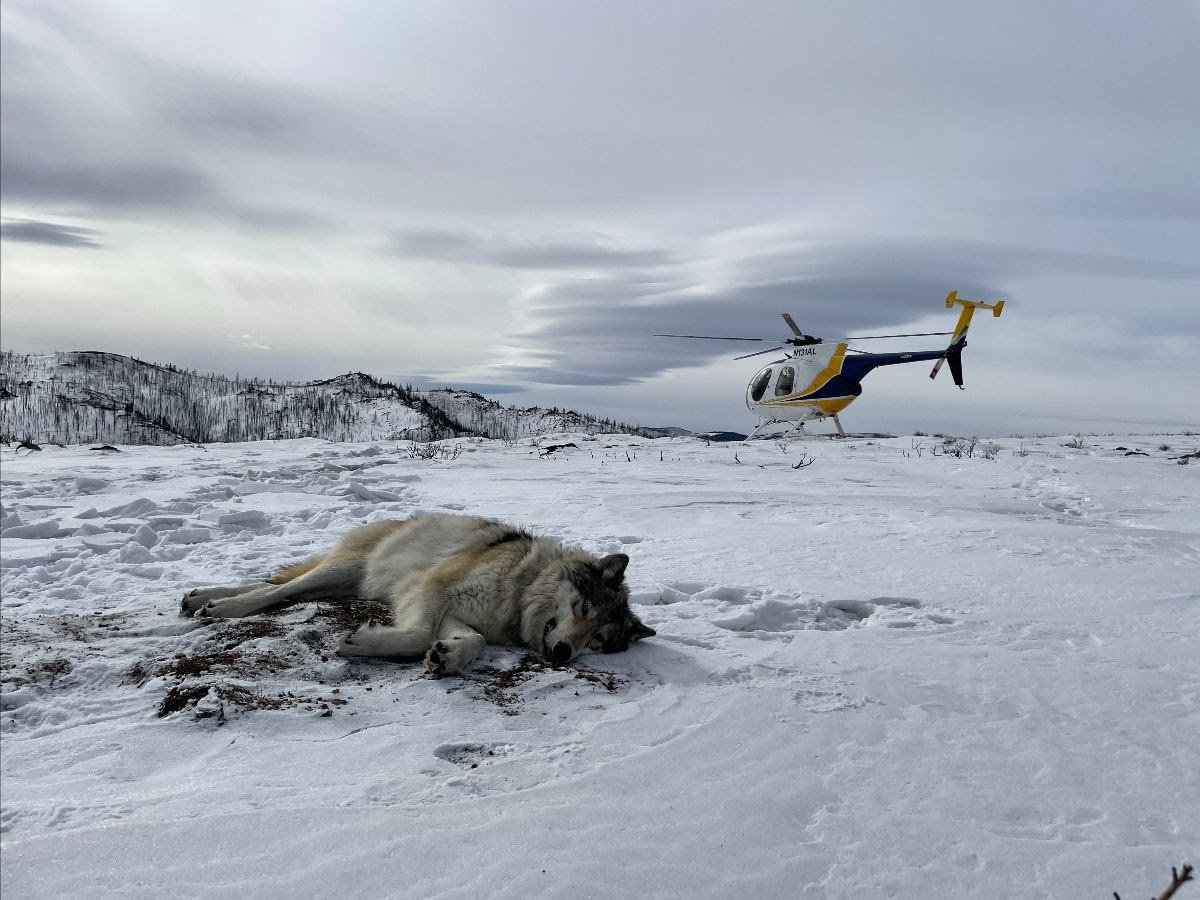 Colorado Parks and Wildlife staff maintain watch over gray wolf M2101 after being tranquilized and fitted with a GPS collar. Courtesy photo.

Shed-antler collecting
To protect wintering big-game animals and sage grouse species, Colorado Parks and Wildlife reminds the public that the collection of shed antlers on all public lands in this area is prohibited through Apr. 30. Violating these regulations can results in a fine of $100 per antler plus points against possessing a hunting license.

Paycheck Fairness Act
Senators John Hickenlooper and Michael Bennet joined the new Democratic majority to reintroduce the Paycheck Fairness Act, a bipartisan bill to strengthen the Equal Pay Act of 1963, help eliminate the gender wage gap, and guarantee that women can challenge pay discrimination and hold employers accountable. According to the National Women’s Law Center, women in Colorado make only 82 cents for every dollar earned by a man, adding up to a total of $395,160 in lost pay over the course of her career. The gap is even greater for women of color.

Market manipulation
Congresswoman Boebert joined eleven other members of Congress in signing a letter to the Security and Exchange Commission requesting an investigation into market manipulation by financial institutions and “Big Tech.” This comes in response to Robinhood limiting the purchase of GameStop stock to prevent cascading losses to Wall Street investors. In a press statement, Rep. Boebert declares that “trust will not be restored until our questions are answered and those responsible are held accountable.”CORE Act reintroduced
Senators Michael Bennet and John Hickenlooper hosted a virtual press conference on Feb. 2 to announce their reintroduction of the Colorado Outdoor Recreation & Economy Act that would protect over 400,000 aces of public land in Colorado, establishing new wilderness, recreation and conservation areas and protecting Camp Hale as a first-of-its-kind National Historic Landscape. Local rancher Bill Fales joined the presentation as a guest.

Contact your elected officials about the issues that matter to you