Mods4Quads, a resource for those impacted by paralysis 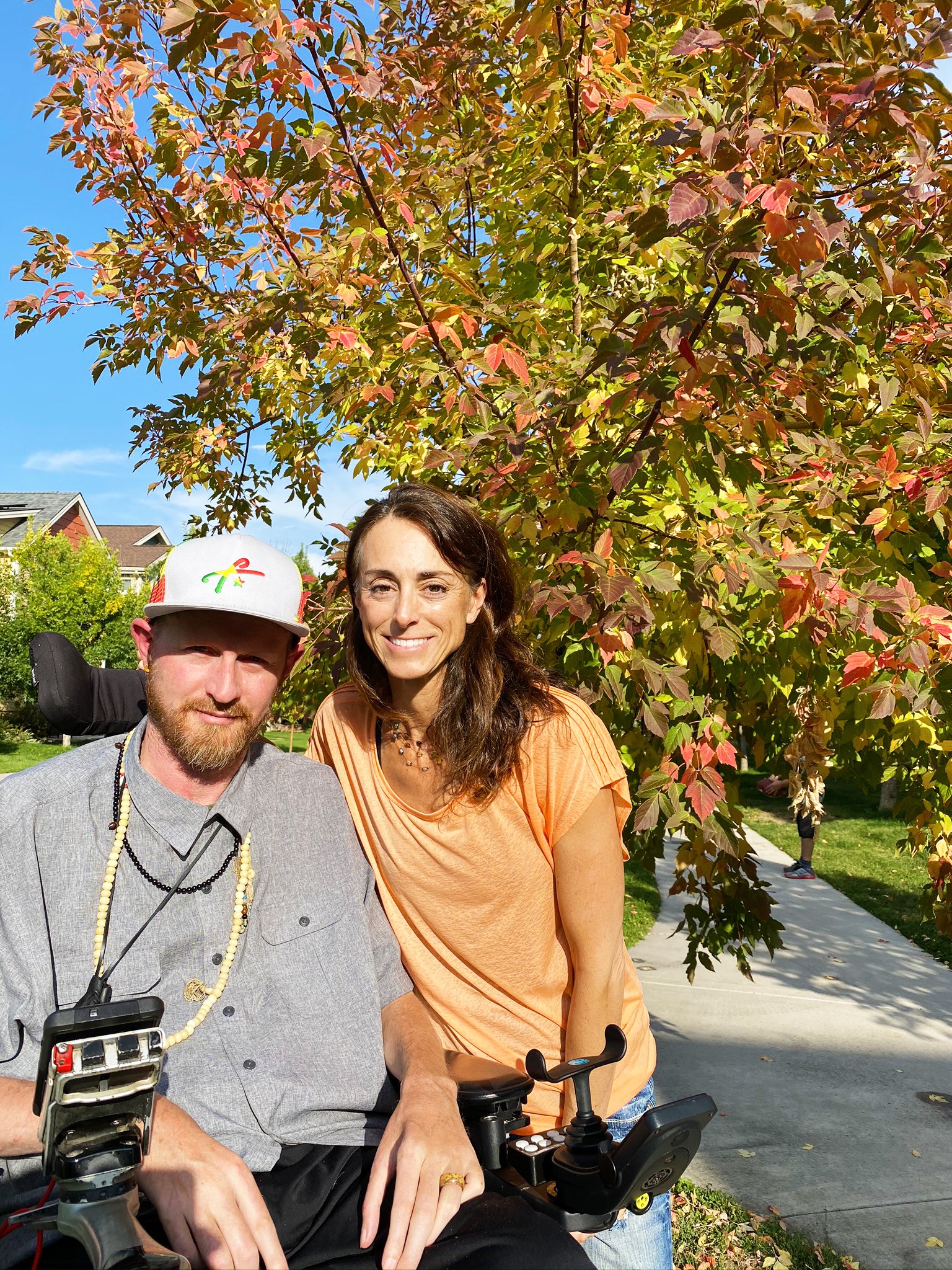 Mods4Quads (M4Q), a newly-formed nonprofit based in the Roaring Fork Valley, hopes to fill the resource void for those living with paralysis, family members and caregivers.
Executive Director Susan Leety and Program Director Adam Lavender are developing a comprehensive resource directory and creating an online social network for those seeking paralysis-related information. “It will,” as Lavender says, “put us at the center and increase our capacity to share stories with each other and to learn from each other in all the many ways that we’ve learned to survive.”
Some causes of paralysis are traumatic brain injury (TBI), stroke, polio, cerebral palsy and multiple sclerosis. One of the leading causes of paralysis is spinal cord injury (SCI).
In 2020, research from the National Spinal Cord Injury Statistical Center (NSCISC) estimated about 17,810 new SCI cases each year. Thirty percent of persons with SCI are re-hospitalized one or more times during any given year following injury. Life expectancy for persons with SCI, according to NSCISC, has not improved since the 1980s and is significantly below life expectancies of persons without SCI.
M4Q wants to be a resource to help turn those statistics around.
In April 2012, Lavender suffered a spinal cord injury while riding as a member of a cycling team on a slopestyle competition course in Grand Junction. He was taken to Craig Hospital, a world-renowned SCI and TBI care and rehabilitation center located in Englewood, Colorado.
When people return home from the hospital, Lavender said, a myriad of issues need addressing. He spent a lot of time researching, in attempts to find what worked for his particular injury, recalling, “Early on, I found myself really wanting a resource because I was patching so many tiny little things together and Googling ‘spinal cord injury’ is daunting and overwhelming.”
Given the number of people who participate in sports in the Roaring Fork Valley, Lavender observes, “People like myself, who are mountain sports athletes, we’ve been knocked down a lot of times and we’ve gotten hurt a lot of times. We’ve had surgeries. But we have that default setting of getting up, without really thinking about it.”
That determined outlook led Lavender and Leety to establish Mods4Quads.
They enlisted the services of Allison Holloran and Kent Oliver at their locally-based firm AspenGlo to work on marketing, fundraising, event planning, and board recruitment.
Leety says several people have stepped up to get the ball rolling, including Greg Russi, a local retired trial attorney who spent 30 years representing people with SCI and is now a M4Q board member.
Russi says people with SCI injuries are often left not knowing how to navigate their post-injury care. He explains that “Without good support, very bad conditions can and do occur. M4Q empathizes with this condition and seeks to elevate their recovery with practical knowledge.”
Assistance is coming from several Roaring Fork Leadership members, who are volunteering 200 hours to build the website, scheduled to launch in April.
Holloran says that several community partnerships are in the works, noting, “We have this like-mindedness of how we can support each other. I think locally that sends a great message of ‘community first.’” Oliver adds, “The long-term hope is that we can raise awareness nationwide.”
Rajee Aerie is an M4Q volunteer. She contracted polio as a child in India and, at age six, was adopted by an American family. She has had multiple surgeries and walks with leg braces and crutches.
With a degree in broadcast journalism, Aerie brought that expertise to M4Q by creating videos for their website. In one video, she talks about working with Leety on using neuroplasticity — the brain’s ability to create new neural pathways — exercises to build muscle in her legs. She says M4Q’s collective information-sharing “creates power in numbers, and that’s why this community is essential.”
In 2013, Habitat for Humanity Roaring Fork Valley built a home in Carbondale for Lavender and his family. He looks back on that and considers starting M4Q as a full circle moment, saying, “The community of Carbondale coalesced to really save my family, to get us into this house.” He adds, “Mods4Quads looks like the biggest way that I could give back to the local community and the spinal cord injury community.”
To learn more about Mods4Quads, visit www.mods4quads.com