Where the butterfly lands 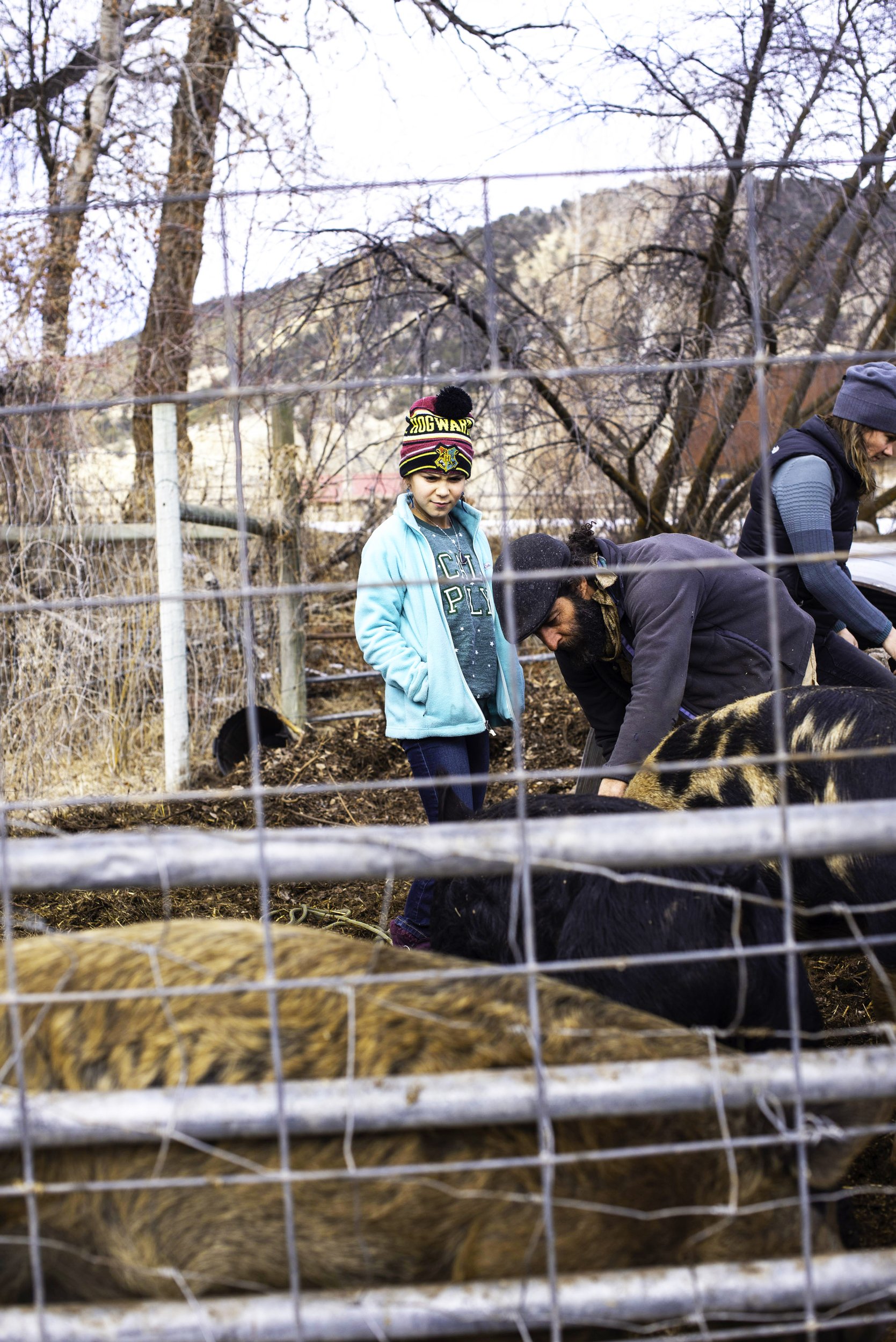 Ayla gazes at her family's heritage pigs on a morning when they will harvest one. Photo by Paula Mayer. 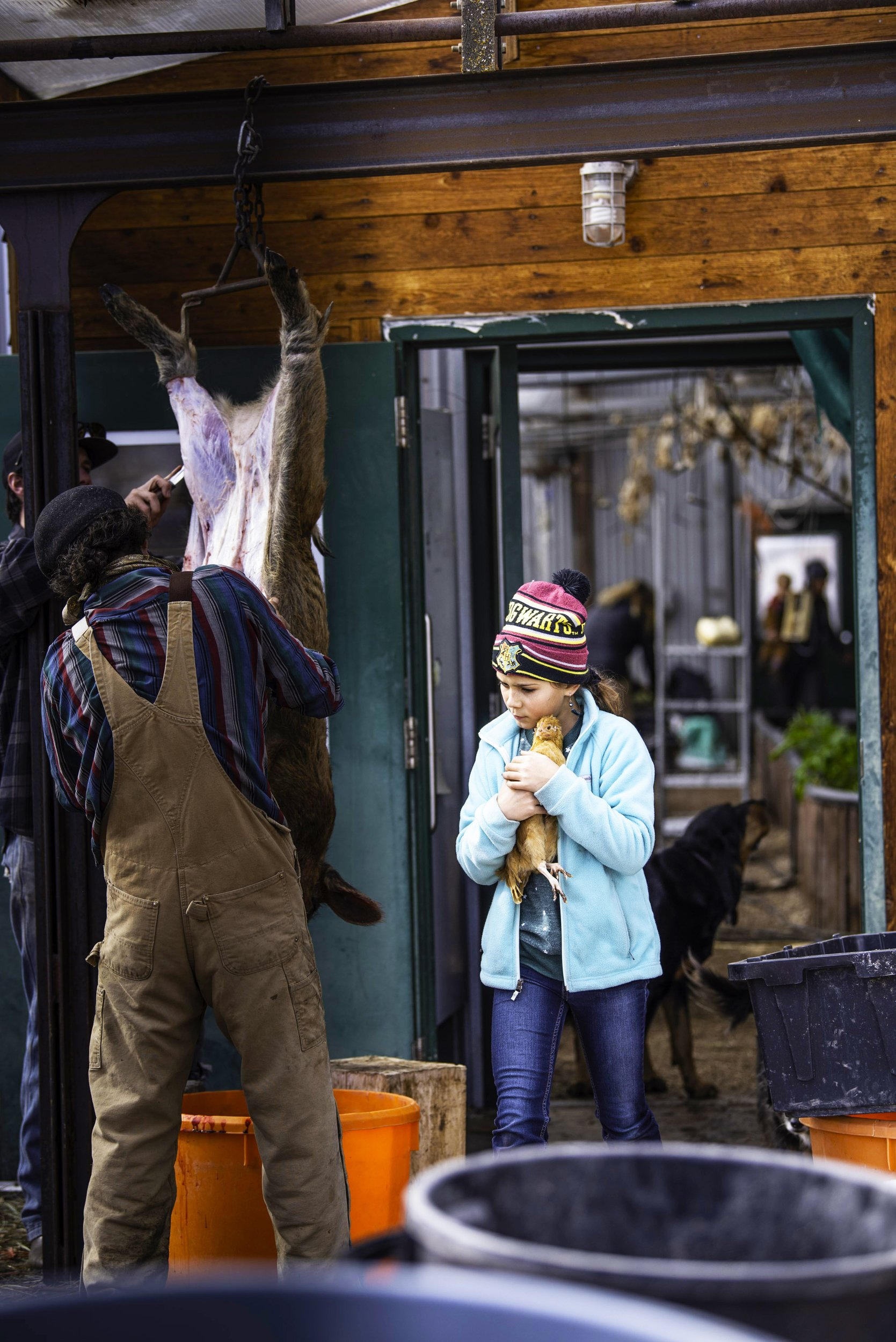 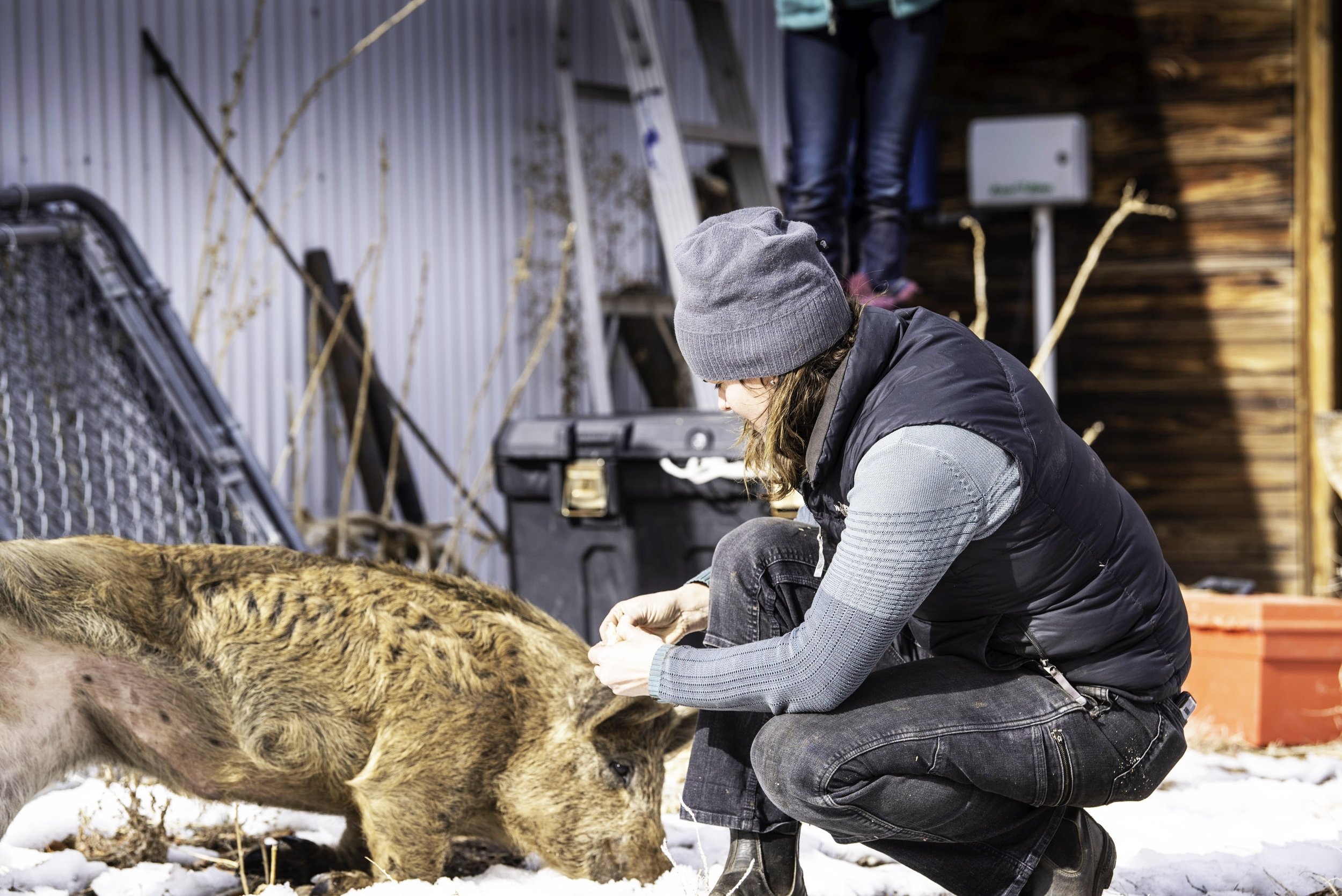 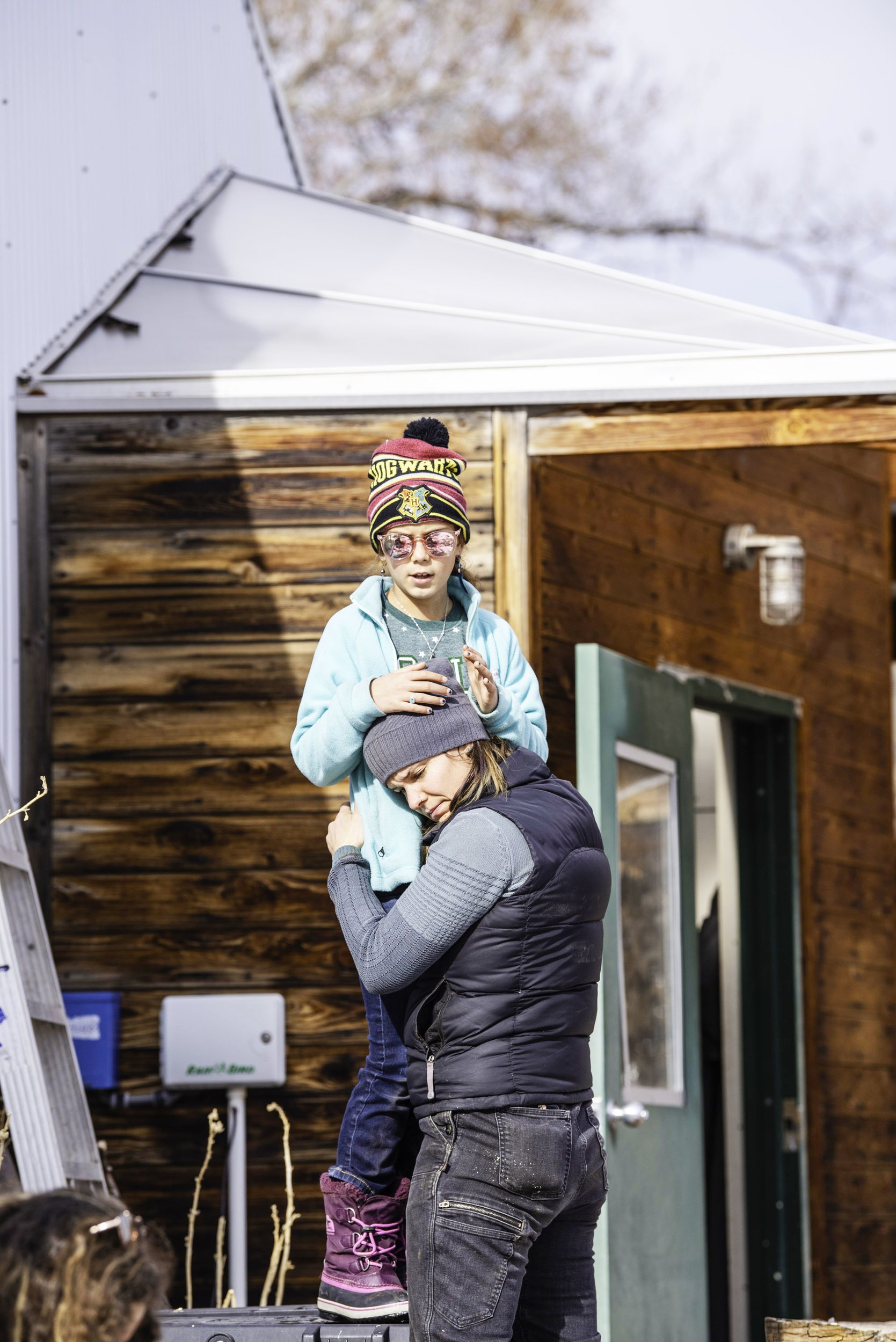