It all started with The Denver & Rio Grande Railroad 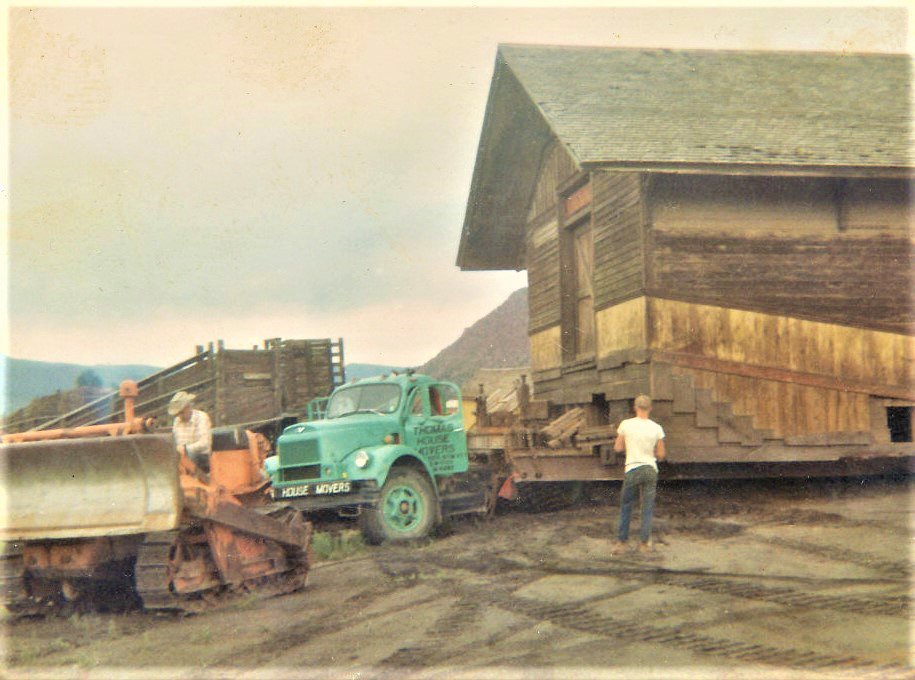 When this reporter first arrived in Carbondale, the trains transporting Mid-Continent coal were still active, and automobile drivers would often have to sit in their idling cars for several minutes, waiting for a train to clear the crossing. But that minor inconvenience was destined to disappear.
The “last hurrah” for the Roaring Fork Valley’s rusting rails took place between Glenwood Springs and Carbondale, when the Western Slope Rail Association sponsored a demonstration of a self-propelled, light rail passenger vehicle in September 1997. An estimated 3,000 people climbed aboard for the light rail ride, myself included. Incidentally, after the light rail demonstration, the rails went silent and they were eventually replaced by the Rio Grande Trail, which is a continuous 42-mile-long, multi-use path from Glenwood Springs to Aspen.
The sight of trains moving through Carbondale always reminded me of the town in Central Illinois where I spent my youth. The Santa Fe and the Rock Island Railroads both passed through my small town. Both lines offered passenger service and it was possible to board a train in our little town and step off in Chicago, Illinois, Santa Fe, New Mexico, or even Los Angeles, California. To a young boy, those possibilities were a virtual “magic carpet.” When I took up residence in Carbondale many years later, I welcomed the comfortable reminders of a small town that was connected to the outside world by steel rails.
One vestige of Carbondale’s railroad history still stands at the corner of North 3rd Street and Colorado Avenue, the location of Carbondale’s American Legion Post #100. The Post was first chartered in 1920, followed by a permanent charter in 1964. Every organization needs a home, so the Lodge made an offer on the long-abandoned Denver & Rio Grande Railroad depot building that stood at the edge of the railroad tracks. According to the Colorado Cultural Resource Survey, Denver & Rio Grande built the Carbondale depot in October 1887. At that time, the population of Carbondale was around 200 people. The depot itself is described as “Late Victorian – Builder unknown” in the Carbondale Town Survey.
Carbondale’s American Legion Post #100 bought the derelict depot for exactly $100. The building was lifted off its foundation, loaded onto a truck trailer, and moved just over 100 yards to its current location at 97 North 3rd St. The American Legion’s new lodge officially opened in September 1969. The building has witnessed many years of Carbondale’s history and, thanks to the American Legion’s efforts and renovations, it will continue to do so.
David Jackson, commander of Carbondale’s American Legion post, reports that the lodge has “a couple-hundred members; living everywhere from Hawaii to Philadelphia, Pennsylvania.” The Commander allowed me to borrow the organization’s record of the acquisition of the Denver & Rio Grande Railroad’s original depot building. This building will serve as a reminder of the importance that the arrival of the railroad played in the development of Carbondale and Western Colorado. It has the distinction of being listed as the first stop on Carbondale’s Historic Building Walking Tour.
There are other buildings in Carbondale that are also closely associated with the railroad. One such building is the former Robinson & White Granary. The Granary, as it is more commonly known, is located at 511 Garfield Ave. in central Carbondale. It was built in 1906 for the purpose of storing potatoes, seed, feed and other grains. At one time, there was even a rail spur that ran from the railroad’s main line to the Granary. Carbondale’s Downtown Survey Project Report indicates that the area’s potato industry was so large that “by World War II, 900 to 1,000 railroad cars of potatoes at 18 tons per car, were shipped to the armed forces annually.”
Other, much heavier loads also passed through Carbondale over the years. An immense amount of coal was shipped by railroad and hundreds of carloads of white marble also made their way through town. The marble for both the Lincoln Memorial and the Tomb of the Unknown Soldier passed through on their way to Washington, D.C.
In the early days of Colorado’s railroad development, the transportation of the state’s extracted mineral wealth was paramount, and competing railroad lines raced to be the first to provide the means of transporting Western Colorado’s minerals to market. Some rail lines failed the test, some succeeded, and a few never even got off the ground.
There were once eight railroad lines in operation serving our immediate region of Colorado. They included the Colorado Midland Railroad, the Denver & Rio Grande Railroad, the Aspen & Western Railroad, the Crystal River Railway, the Crystal River Railroad, the Crystal River & San Juan Railroad, The Treasury Mountain Railroad, and Colorado Yule Marble Electric Railroad. Some rail lines were long, and some were short, but they all made a difference.