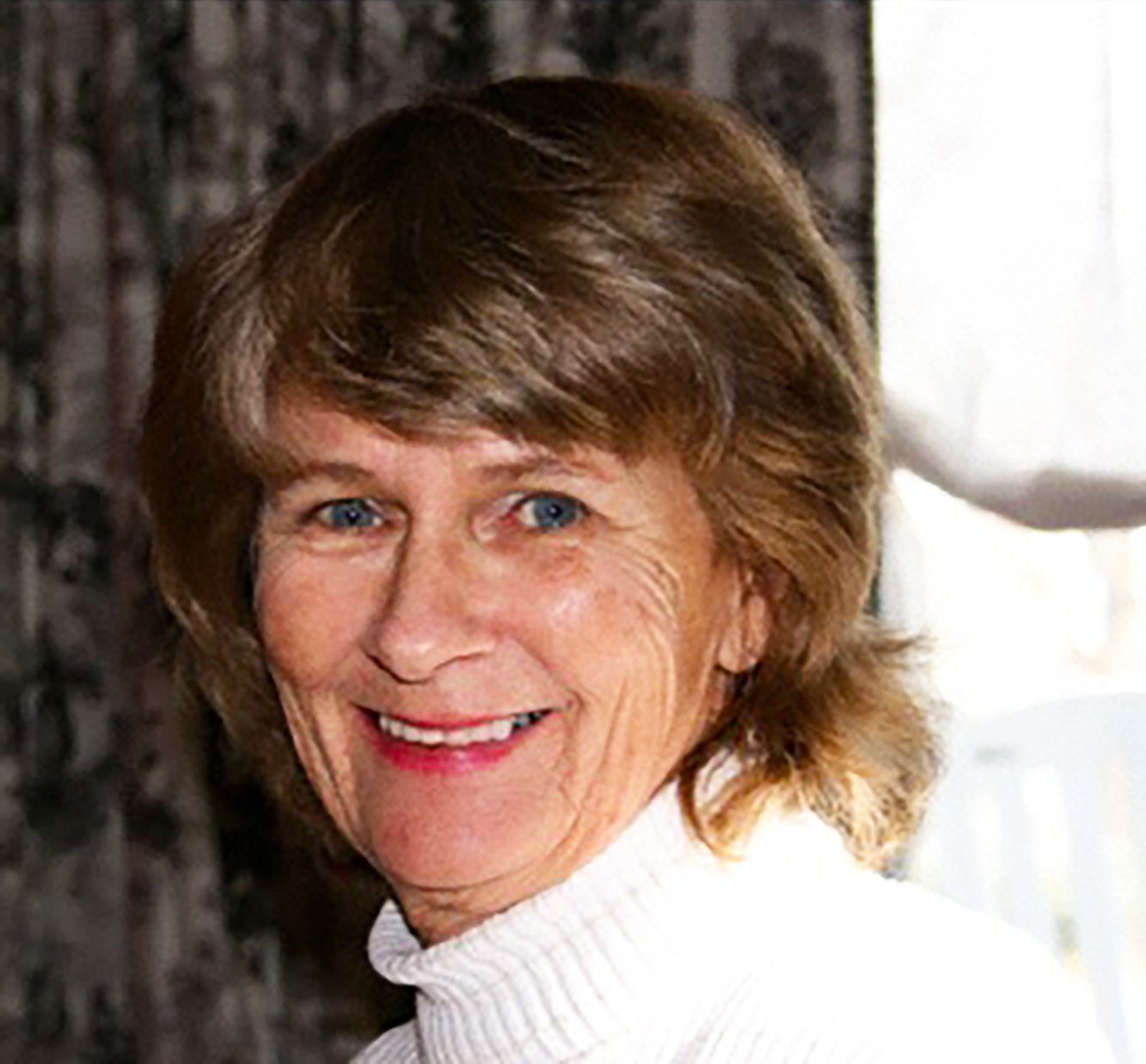 Suzanne “Suzi” Titus was an incredible woman with beautiful eyes that sparkled when she smiled, an understated but full presence, a surprising dry sense of humor, wicked luck at cards and a somewhat curious fan base of all dogs she’d ever known.
Suzi grew up in Oklahoma and was cherished by her parents LaVone and Garlan who introduced her to travel and, most importantly, Colorado with annual trips to Lake City. Suzi experienced very social high school years, palling around with a steady group of gals that still, up until several years ago, would reunite regularly. The group was referred to as the “Susies” on account of a large number of the ladies having some derivative of that name. Suzi was also on the high school water ballet team, joining because her friends were on it as well.
Suzi relocated to Colorado during her college years when her parents and younger sister Janie Enright moved to Evergreen; transferring to the University of Colorado, Boulder where she graduated with a teaching degree. Suzi taught for several years in Denver-area elementary schools before she moved first to Breckenridge and then Glenwood Springs for a 52 year marriage with a young, handsome ski patrolman she met during her weekend ski trips. She worked beside her husband Dale Titus at the Breckenridge Ski Area and later for their construction business and at the liquor store they ran in Carbondale (Mr. C’s) for 25 years.
Suzi could figure anything out and did so with regularity, including the designing of her home of over 45 years; bookkeeping on the first Apple portable computer; sewing a dream prom dress and sophisticated floor-length toile drapes; and fashioning together a pre-lit artificial Christmas tree years before they were found in stores. She was very observant, alerting family and friends to the tragically disappearing role of spoons in restaurants.
Suzi raised two daughters, Leslie Elias and Melissa Clymer; role modeling independence, hard work, a strong will, acceptance of others and devotion to family. She also introduced them to the theater, travel and her favorite childhood books, “The Secret Garden” and “The Boxcar Children.” Suzi may have invented the first audiobook, recording herself reading “How the Grinch Stole Christmas” for their listening pleasure as young girls. Still today, her daughters can hear the advice she offered the most: “use your head.”
Suzi was a longtime member of the National Society Daughters of the American Revolution (DAR), serving three terms as Regent and one term as Colorado DAR State Recording Secretary. She volunteered as an election judge and took loads to Lift-Up. Suzi was a dedicated gardener who spent many hours toiling soil rather than complaining. She was also a voracious reader, a league bowler, and a golfer with a swing that made you think golfing could be easy. Suzi saw the world and just about every corner of this country, primarily with Dale, but also with Janie, friends and her daughters.
Suzi’s hands were always busy until they weren’t, and her heart was always open until it gave all. Her granddaughters Bella and Cordelia share her strong sense of justice and will carry on that work in the world as well as her sharing of delicious baked goods, Christmas candy and homemade crafts. This world is better for her life within it.
Suzi passed away at home from complications related to Alzheimer’s; she was 79. Family and Friends are invited to honor her by contributing to the scholarship fund managed by the Captain Richard Sopris chapter of the National Society Daughters of the American Revolution.