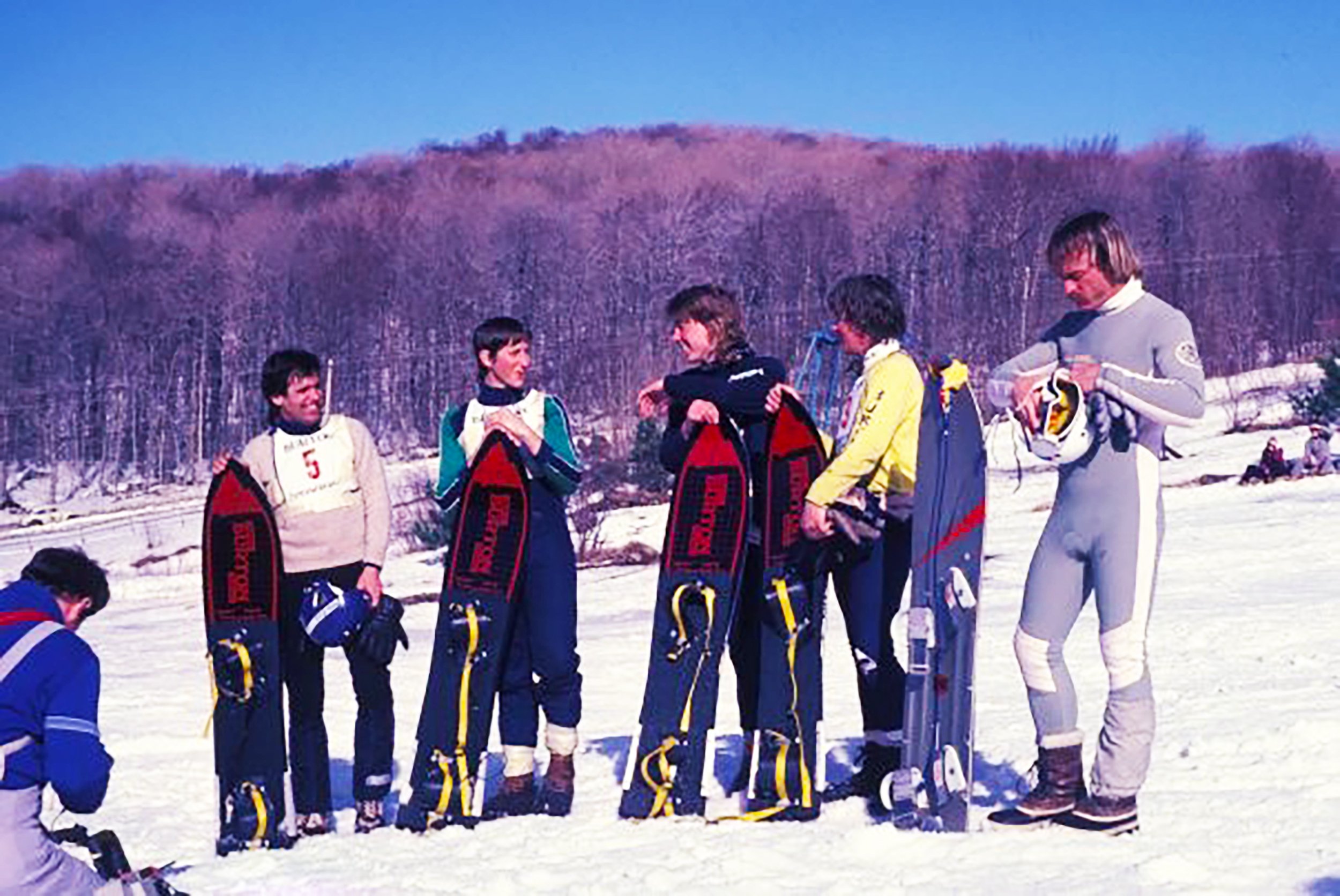 It may appear that Chris Karol’s life has taken a circuitous route. Looking closer, you will see that each turn has led to a series of connected pathways.
The year 1982 would see the first official snowboard competition, the National Snow Surfing Championships (later known as the U.S. Open Snowboarding Championships), held at Vermont’s Suicide Six Ski Area. In 1983, Karol won the event as a member of Jake Burton Carpenter’s team.
Being there for snowboarding’s beginnings, he recalls, “After high school, I told my dad that I wanted to be a pro snowboarder, and there was no such thing. He was like, ‘Really? You got two weeks, and then you’ve got to get your ass out the door.’”
Karol’s family moved to Africa when he was three months old. His father, a lawyer, was hired as a parliamentary draftsman to write a new constitution for the newly-independent nation of Malawi. They lived there for three years, and when they returned to the United States, the family would eventually settle in Orford, New Hampshire, a small town Karol said is much like Carbondale.
Karol discovered skateboarding at age 12, shortly after his parents divorced. He says, “It was like an escape for me, and I became obsessed with it, so that was how I found out about snowboarding; through the pages of Skateboarder Magazine.”
With the advent of early snowboard designs, there came the natural progression of starting snowboarding schools; however, the approval process wasn’t easy.
As Karol recalls, “I tried to do one in Aspen in ’84/’85, but we got shot down because of the insurance issues. Being a brash teenager, I asked them who their insurance company was and they told me it was Lloyd’s of London. Somehow I got the phone number and called. We set up a meeting, and they [Lloyd’s of London] came over to Aspen with two other underwriters that insured ski areas. We gave them a presentation of what snowboarding was. They ended up reclassifying the snowboard as a ‘directional device,’ like skis, where previously they had been classified as ‘snowplay devices,’ like [metal] flying saucer sleds.”
Karol and Jeff Grell then met with Aspen Highlands Skiing Corporation (AHSC) representatives, which, in retrospect, Karol says was a bit of an adventure; the two of them “scrounging up suits from somewhere.”
He recalls, “Dick Merritt, then-director of AHSC’s Mountain Safety, and a few of the old-school Aspen guys showed up at this meeting. It was at the old Aspen Highlands cafeteria. We brought all our boards in. That next summer, they allowed us to do a pilot program at Buttermilk that went well, and the following season, 85/86, they actually started letting snowboards up at Buttermilk.”
After retiring from racing, Karol started coaching at Ski Club Vail and working at Gorsuch running their first snowboard department. While there, he saw an opportunity to create a better snowboard product. He now has eight patents for snowboard boot and step-in binding systems, which he later licensed to Rossignol and Burton snowboard companies.
Karol coached the U.S. Olympic snowboarding team when the sport made its debut in the 1998 Games in Nagano, Japan. In 2001, he got a call from Chris Klug, a former teammate from his days in Mt. Bachelor in Bend, Oregon, and became a program director for the Aspen Valley Ski and Snowboard Club.
The realization that he wasn’t an “industry guy” is what made Karol leave snowboarding. Reflecting on it, he says, “What I carried from snowboarding was the inventive part, the community-building part, the investigative part, and getting back to the inventor person that I am.”
When working as an inventor, he started using the Small Business Development Center (SBDC) business consulting resources to learn about licensing. The knowledge he gained would lead to a partnership today with Coventure. In 2018, Executive Director Mike Lowe asked if he was interested in becoming the local SBDC consultant. Given Karol’s coaching experience, it was a natural fit.
Karol’s ventures include Veracity Space, offering podcast production services, which he sees as an emerging advertising model. He has partnered with Lowe to create a podcast series available for viewing on Coventure’s YouTube channel.
Karol co-founded Soul Monkey Surf (SMS) with business partner Jimmy Sechrest. One of SMS’s products, the Snowskate, engineered by Sechrest, is made from non-toxic resin. Their goal is to have a small manufacturing facility in the Valley.
When Karol speaks about snowboarding’s evolution, he describes “that early generation of snowboarders, we saw, clear as day, a blue ocean of opportunity.” Karol continues to tap into that ocean today.