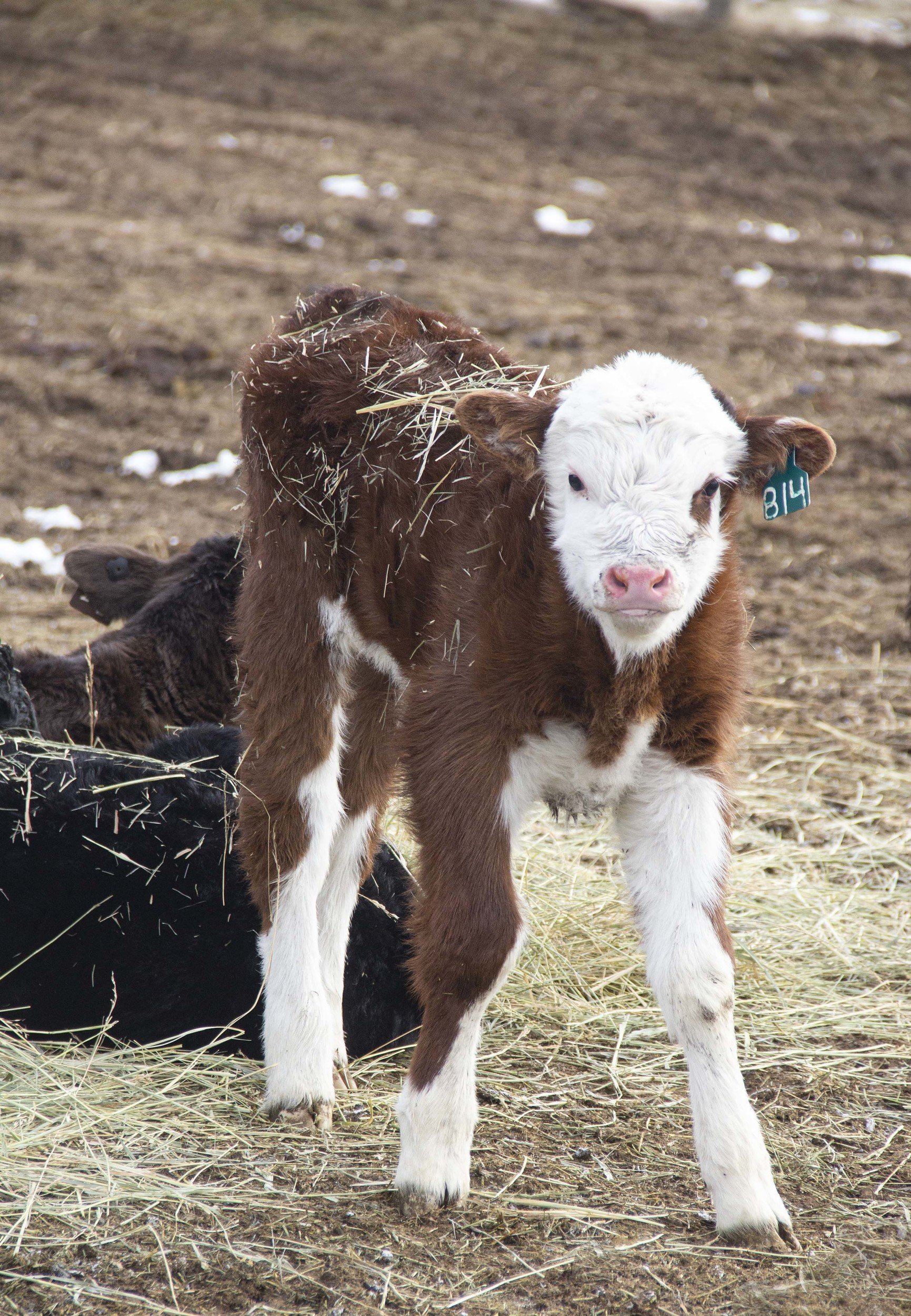 It’s no secret that it’s calving season for the Nieslanik Beef crew as their cows are pastured next to the Carbondale Nature Park (aka dog park), where human passersby are treated to storybook scenes of moms and their newborn calves.

But it’s not such a glamorous scene when one is tromping around in that muddy pasture filled with 220 cows, 70 calves and lots of cow dung while shooting photos and trying to locate a missing brown wallet. It was actually kind of amusing and entertaining helping Marty Nieslanik look for his son Johnny’s wallet. He had lost it the night before after having take-out dinner delivered to him in the muddy, dung-filled cow pasture. It was an interesting challenge and a lot more difficult than looking for a needle in a haystack.

Cows usually give birth at night or early in the morning which is why Johnny was in the pasture at dinner time. He will continue to be there until mid-April which is when calf number 220 is due to arrive. It’s a 24/7 job and this year Marty is on duty during the day while Johnny is there all night, leaving after he serves breakfast which consists of five large round bales.

Marty found the wallet that morning in Johnny’s truck, where it had fallen between the seats.