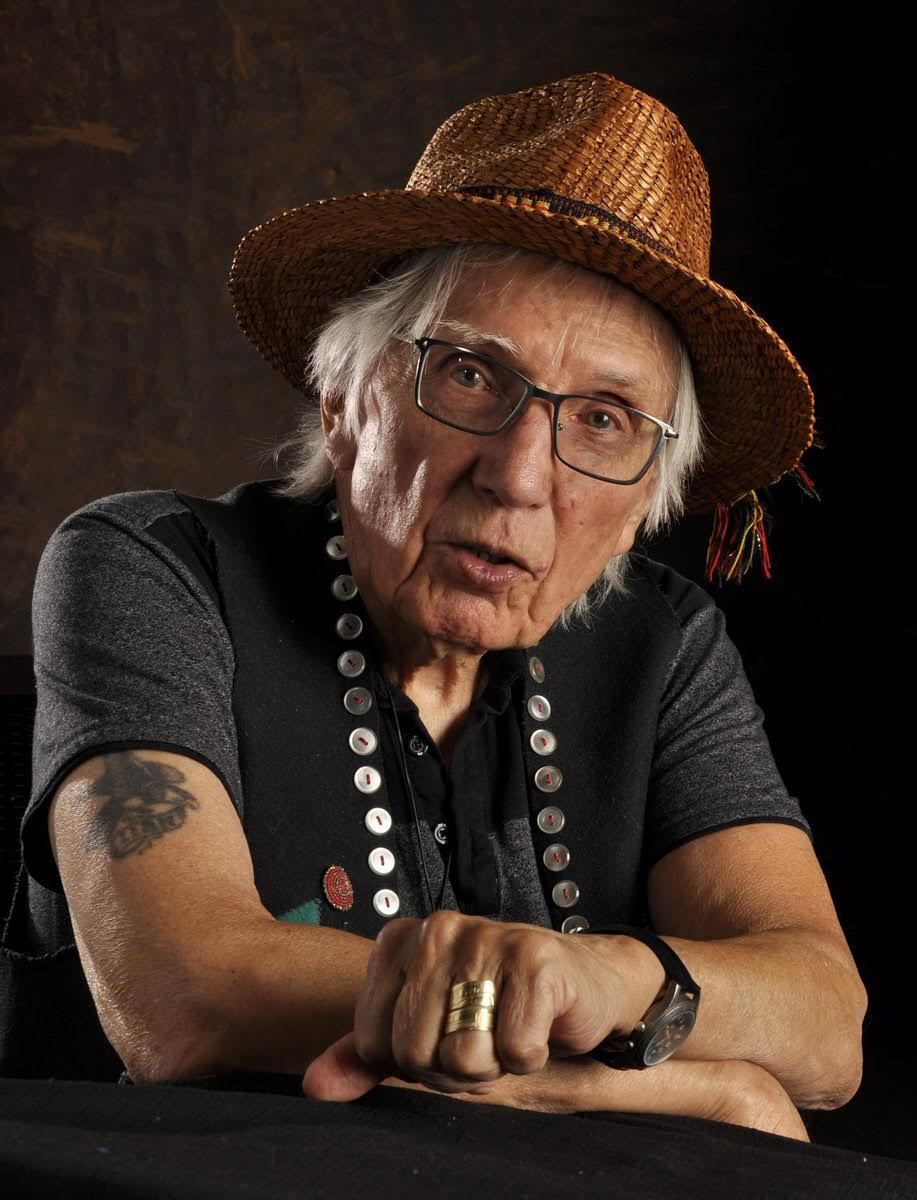 Kawaan Sungah (“He brings a special day”), Woodrow “Woody” Morrison Jr., was born Haida to Virginia Elsie Cloud, a Cherokee, and Woodrow F. Morrison Sr., a Haida, on Dec. 22, 1941. He grew up in Hydaburg, Alaska, the current home of the Haida tribe, an ancient island people of the northwest Pacific Ocean. When Woody was three years old, his grandfather took him to the old men of his village, the Tidewatchers, and they began training him in the history of his nation. At age 13, he was sent by his parents to live with his Cherokee grandparents in the mountains of Southern California. In 1982, Woody earned a law degree from the University of New Mexico, the first member of the Haida Nation to ever graduate from Law School. The Tidewatchers chose that he would be the one to go to university, the one to go to law school and described his responsibility to get behind the mask and give substance to the shadows.
Two days before this New Year Woody was caught in a current of the pandemic, developed a sinus infection and on Jan. 28, 2021, passed away with COVID in Vancouver, British Columbia. Woody brought extraordinary healing in many ways to the human family and all our relatives. He survived the experience of intentional indigenous genocide with inner rage and emerged carrying “new life and a special day,” carrying the gift of reminding men and their families how to hold healthy power and balance with self, source, and community. His fire burned steadily for many years.
As Woody explained, “We need to alter our perception of society from the vertical, surnamed, command structure, competition-driven social groupings to the horizontal, extended family sharing responsibilities and resources.”
Eventually Woody shared the Haida Principles of Ngiisdla (healing) which include, “Water is the first medicine. When you feel ill or are ill, drink water.
Asked about trust, Woody explained, “We grew up with four values as tribal people. The first one was if you belong to a clan, there is automatic trust among all the members of that clan. And the second is sharing — it is more like a beehive, everyone is humming the same tune but with a different voice. But it is all focused on how do we keep the society intact and thriving. The third one was helping each other. When you’re trying to be the best at something, people seem to achieve much better when they have got a very large support system that is helping them. And the fourth one is to give back before you take.”
Asked what it was like to grow up male in a matrilineal society, he smiled, “It is kind of like flying.”
Woody was loved by many people. His family is grateful for the messages and prayers received from friends and family all over Alaska, the lower 48 states, Canada, New Zealand and beyond.
Rongomaraeroa my brother,
William Evans